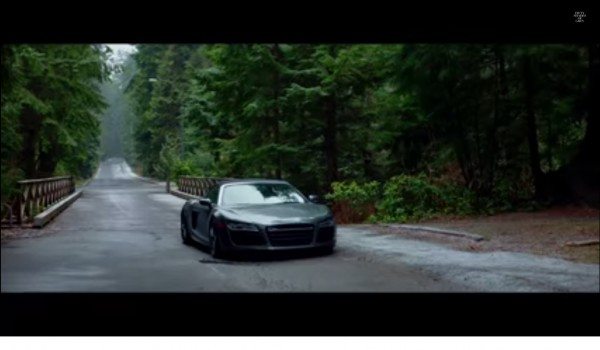 Based on the bestselling book by E L James, the movie focuses on the steamy sex life of businessman Christian Grey and college student Anastasia Steele. The film will showcase a variety of Audi models including the A3, Q7, S7, S8 and R8 V10 Spyder.

Here is the trailer of the upcoming movie:

Since Audi vehicles were featured in the novel and its sequels, Audi of America Director of Marketing Loren Angelo says “It was a natural fit for Audi to be a part of ‘Fifty Shades of Grey’ as it’s brought to life in theaters.” He added, “Audi is a brand that symbolizes performance, technology and modern design. The natural inclusion of our hottest models in this series illustrates how Audi has become truly synonymous with sophisticated luxury.”