Its been only months after the release of the 2014 BMW M4 and there have been reports of two crashes of the coupe earlier- one in France and another one in Germany. Now, another M4 has bitten the dust after a serious crash in South Africa earlier this month. 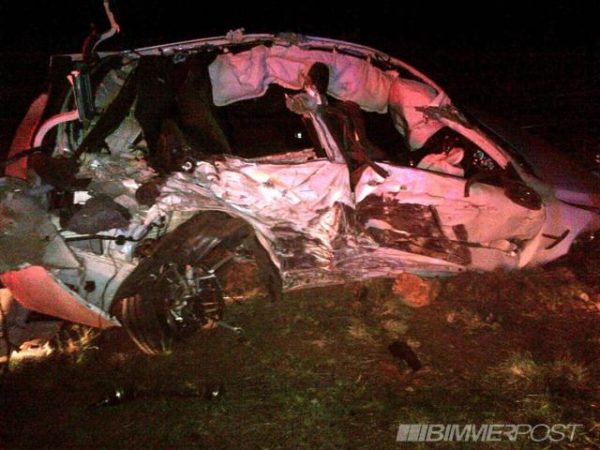 This horrific crash took place in Klerksdorp, South Africa. As can you can see from the images, the crash seems to be severe but somehow the driver got out with only a few bruises and scratches. It seems the roof was cut following the crash as a method to extract the injured driver who was lucky to walk away with a few wounds. 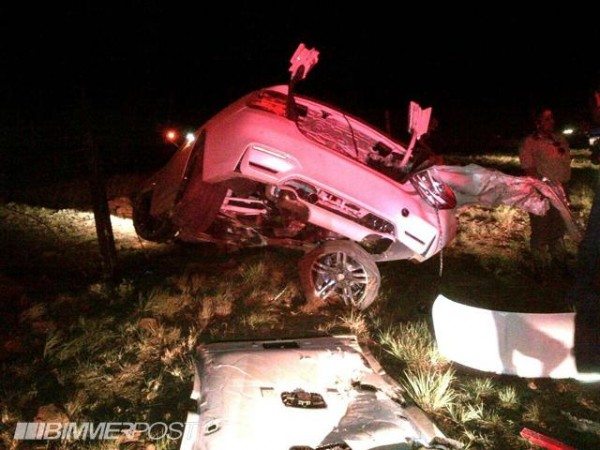 As per BMW’s claims, the new M4’s torsional stiffness is over 40,000 Newton-meters per degree, which comes close to that of the BMW M3 GTR race car, which used a steel-tube roll cage to reach 46,000 Nm/deg. The stiffness comes in part from the same strut-tower brace. 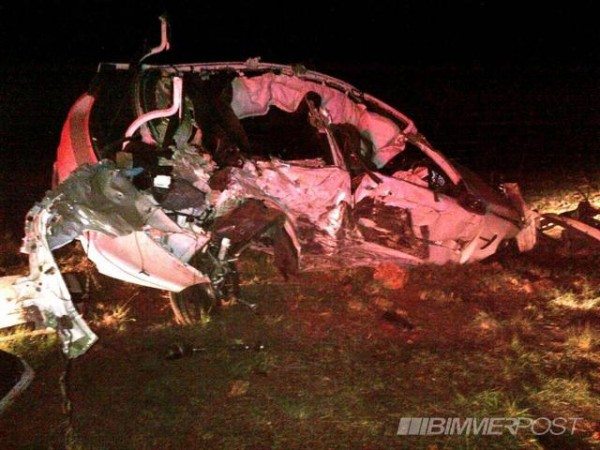