The Vespa 946, which was showcased at the EICMA, made its India debut at the Auto Expo 2014 last month. Now, according to a report by Business Standard, the Indian subsidiary of the Italian auto maker will be launching the new Vespa 946 scooter in the coming 3 months. 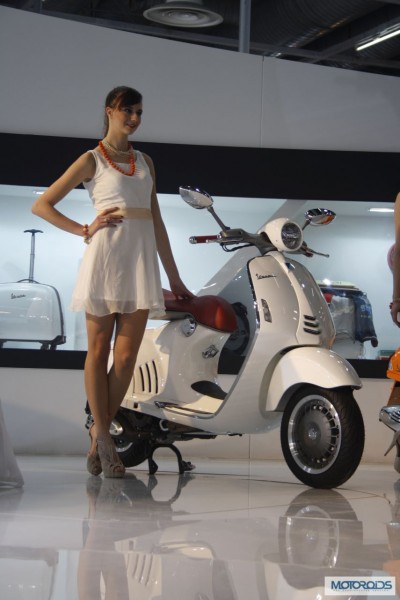 The Vespa 946 has been named after the year 1946, the year scooter production commenced at Piaggio.

Ravi Chopra, chairman and managing director, Piaggio Vehicles said, “The homologation of the Vespa 946 has been done and we would launch it in two to three months. This is a very niche product and is positioned as a collector’s edition.”

Powering the Vespa 946 will be a fuel injected variant of the 125 cc motor from the Vespa VX. This single cylinder motor has a max power of 10.06 PS, with peak torque rated at 10.6 Nm. 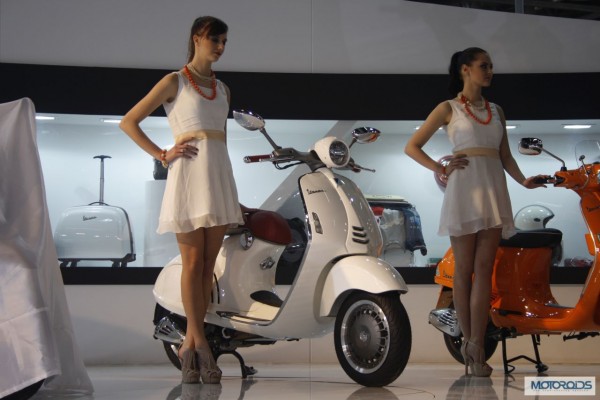 Each Vespa 946 is hand built and will come loaded with features like :

The company has already mentioned that it will position its products as premium. With a INR 8-9 lakh scooter, the company is giving an option to the buyers who are on the look out for an exclusive product.

Stay tuned to Motoroids for more updates on the Vespa 946 India launch and other details.