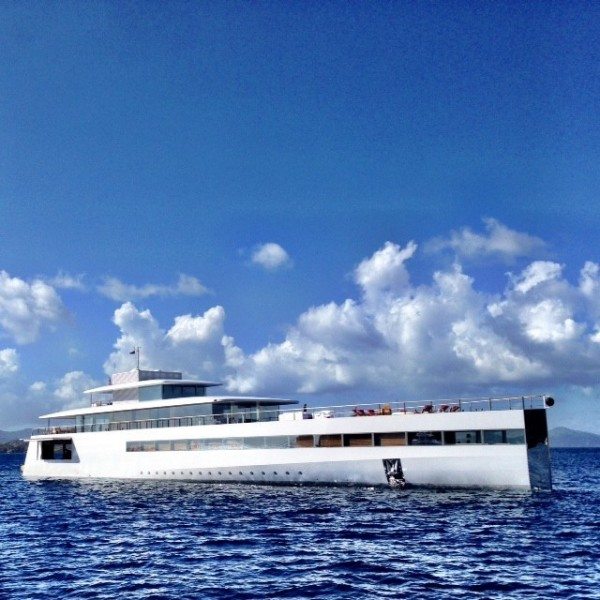 Unlike Google Vice President Benjamin Sloss, who recently got himself both the LaFerrari and the hardcore FXX K, Apple CEO and co-founder Steve Jobs loved to stay inconspicuous. So much so, that the late American entrepreneur, marketer, and inventor’s car, the silver Mercedes-Benz SL 55 AMG, did not have any license plates. Jobs took advantage of a California law which gives a maximum of six months for new vehicles to receive plates, and kept  leasing a new SL every six months. 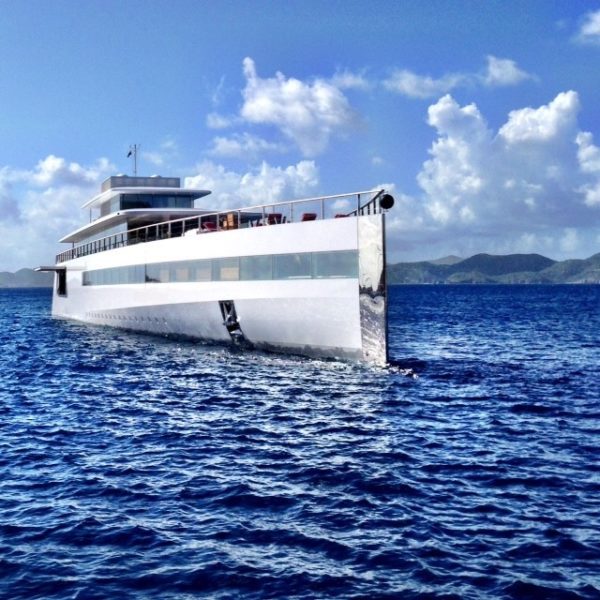 However, post the new iPhone 6 launch, Steve Jobs had been planning to recuperate on his custom built, 256-foot, luxury, super-yacht called the Venus Steve, the existence of which was a carefully guarded secret, until about a year after his untimely demise. Venus was secretly unveiled on 28 October 2012 at the Feadship shipyard in Aalsmeer in the Netherlands. 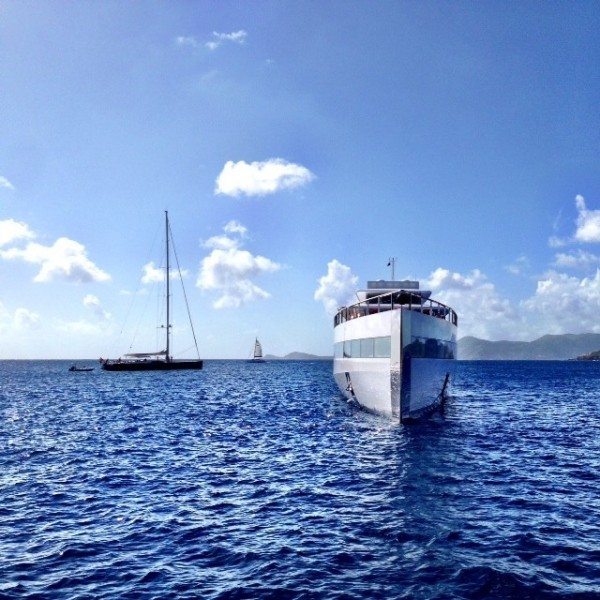 The $118 million (INR 746 Crores), 78-meter long luxury yacht was designed with the help of Philippe Starck, a French designer known for his prowess in interior, product, industrial and architectural design. Now, Venus Steve has been recently spotted by the Woods Hole Inn in Cape Cod, Massachusetts, around the British Virgin Islands, anchored in the Norman Island Bright, a famous ancient hideaway for pirates. 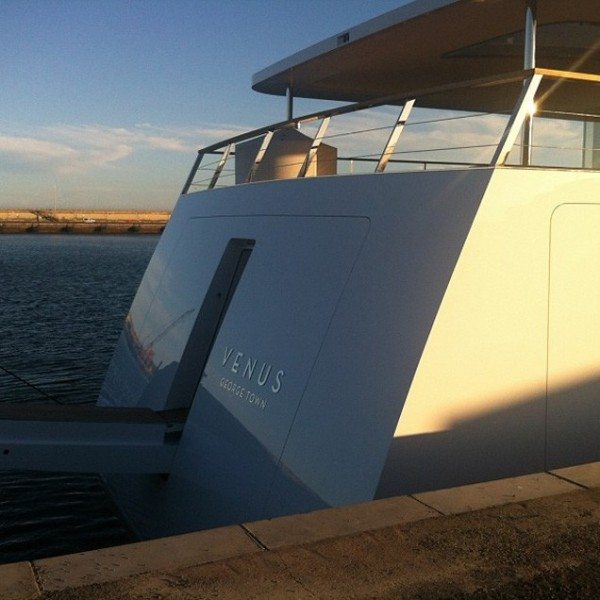 Details about the svelte yacht are rather scarce, but here’s how the spotter describes it:

“When we got closer, we saw the huge bow deck littered with teak furniture and red cushions. The illusion of a box from afar was created by a polished chrome bowline that reflected the water. The whole boat was like a mirror, mirroring images that passed (like our tiny sailboat that looked positively trailer trash in comparison). The stern was open like a tin can, with a ziggurat of steps cascading down to the water. We circled peeking into what was clearly an exercise room with a huge shiny X that reminded me of the Mondrian Hotel in LA. Several crew members were in there, polishing the chrome, scrubbing the deck and rearranging the bicycle collection. There were paddle boards, a small umbrella, room for the launch which appeared to be elsewhere.”