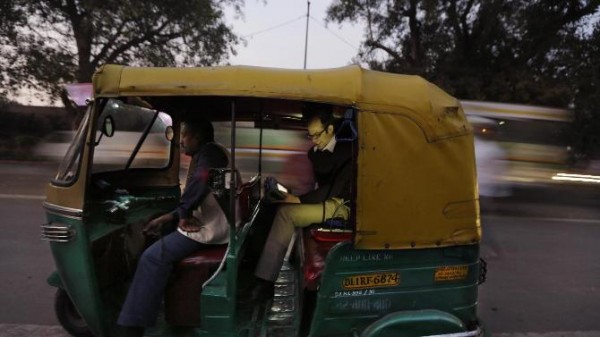 Apart from being the country’s capital, Delhi has been made famous in the books after being touted as the world’s most polluted city. This is one accolade that any city can do without, and should. Joshua Apte, a top scientist from the United States, took a tuk-tuk (rickshaw) around the city to find out how bad the pollution really is. Packed full of equipment such as pollution monitors and a laptop computer, the rickshaw went around the city which has over 25 million residents and the result of all of this was rather alarming. According to Apte, the numbers are far worse than what the World Health Organization (WHO) claimed. 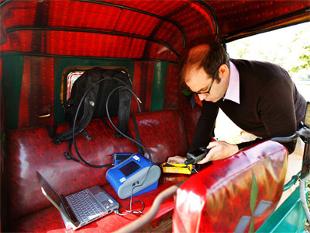 That’s the most technology this rickshaw would ever see.

According to the research conducted by Apte and his partners from various universities such as Berkeley, University of California and the Indian Institute of Technology in New Delhi, the estimated average levels of pollution in the city was between 50% and 8 times higher on the roads than the readings of the urban background. That is an astonishingly high index for a city which houses over 25 million people! Apte says, “And you have to keep in mind that the concentrations at urban background sites, where these official monitors are, are already very high.” He went on to say, “The measures are actually some of the highest levels in air pollution made inside vehicles anywhere in the world.” We are sure he was just being nice when he said “some of the highest”. This shocking statistics means that the average Delhi-ite breathes in more pollutants than oxygen, hopefully most of them won’t smoke after going through this baffling report by Apte and his colleagues.

On a more serious note, we think the government should undertake some vital and desperate measures to reduce such high doses of toxic fumes in the air, not only in Delhi, but also other highly polluted cities like Kolkata and very soon, Mumbai. Stricter pollution norms are slowly being put in place and that, given enough time, should bring down the ranking of cities such as Delhi, on a not very attractive list.

CNG usage in rickshaws is making things better, but that alone won’t do.

According to the scientist, The Associated Press tagged along with him in this vital experiment. “Official air quality monitors tend to be located away from roads, on top of buildings, and that’s not where most people spend most of their time. In fact, most people spend a lot of time in traffic in India. Sometimes one, two, three hours a day,” said Apte. And if you think such pollution and their following affects on the human body is trivial at best, think again. According to the WHO, over 627,000 people in India alone, lose their lives due to air pollution-related deaths. Thankfully the Modi government is taking steps to reduce this problem and hopefully make the cities more ‘green’.