Home Fiat Update:Fiat to launch a sportier Punto in July

[update: It was earlier speculated that Punto Sports will be launched this June, but when our friends at motorbeam.com contacted the company’s Head – Corporate Communications, Marius D’lima, they were told that the June launch is unlikely to happen as the company hasn’t decided the launch date yet but the car should be out by July this year.]

Fiat Punto is undeniably the most beautiful car in its segment.The car looks elegant and it seriously turns more heads than a higher D-segment car too. It has a nice chassis too, which means good handling. And as now Fiat’s service department is also managed by Tata, service shouldn’t be an issue as it used to be. This means Punto should be a hit in India, like it is elsewhere.

But the sales figures tell a different story. Only 900 odd units were sold in the month of April this year. The irony of the situation is that the same car saved Fiat from bankrupcy in the International market. So what is stopping its prospective buyers and making them think over their decision again.

During a small survey carried out by a fellow Motorep it was found that the first sentence people say after driving the car is, “It is sluggish”.

Fiat also realised this and if guys at Autoholiks are to be believed, Fiat will be launching a new and sportier variant of the car called ‘Punto Sports’. The car will be powered by the 1.3L Multijet engine that powers the Linea. The same engine, albeit in a more powerful avatar will produce 90bhp and around 205 Nm of torque. 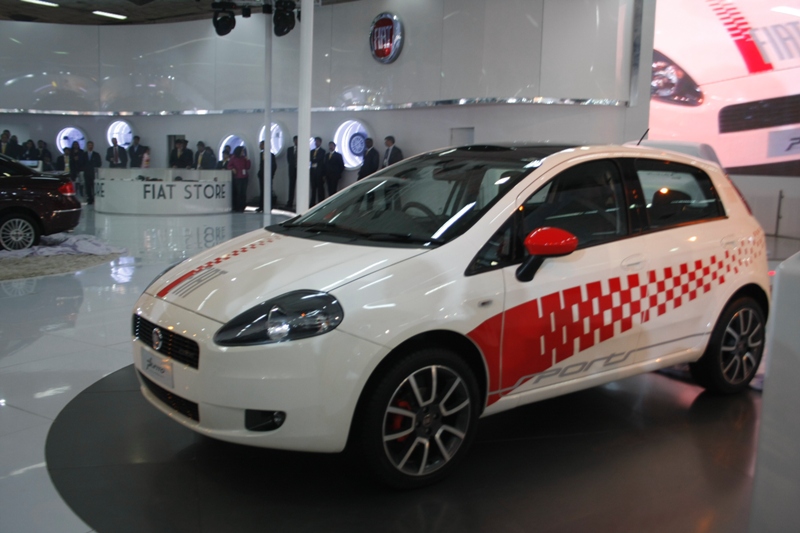 The car will be given some visual treatment too. Remember they displayed an Abarth-Punto replica at the Auto-expo, Delhi earlier this year. Thats how the Punto Sport is going to look. Fatter tyres, better looking alloys, smoked headlamps and special leathers too and they might put a sunroof too is all the Sports is going to get. The Punto Sports will be dearer than the normal Punto. If Fiat prices it right, then they can easily get a good market share with this wonderful product of theirs. This might be not be as sporty as a petrol engined car would have been,nevertheless we will love to have this car in the market. Won’t we? With this car they might be able to continue selling this car before they plan to launch the Punto-evo here, if they want to. The Sports will be launched in June this year as Punto completes 1 year in the market.