Subsequent to our report of yesterday, BMW has launched the updated 730Ld at INR 92.9 lakhs ex-showroom. The unveiling was done by Mr. Philipp von Sahr, President, BMW Group India. 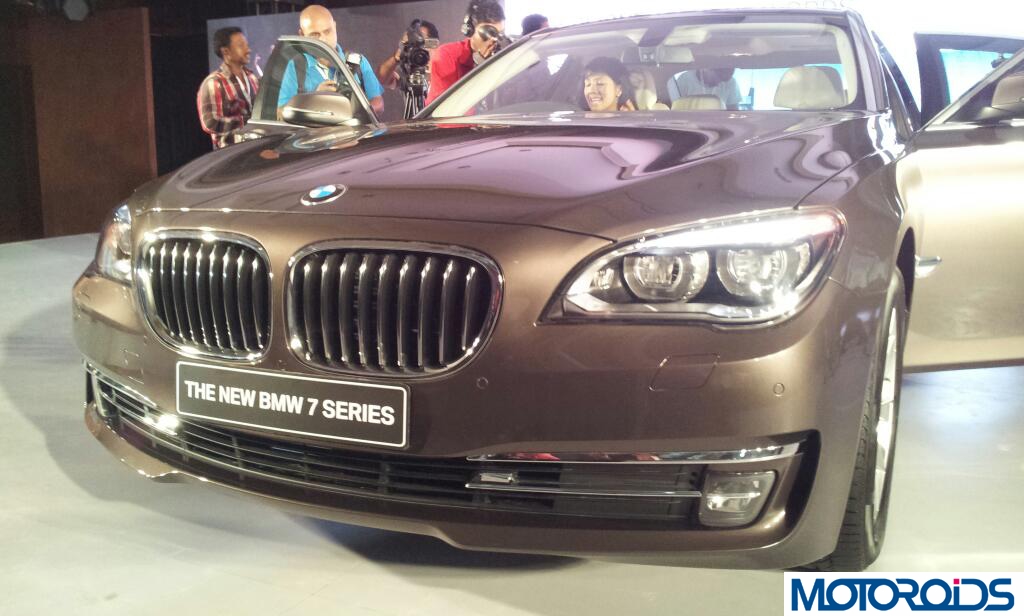 The facelifted 2013 BMW 7 Series was already unveiled a few days back at a charity event by star batsman and BMW India’s brand ambassador Sachin Tendulkar.

Powered by the same 3 Litre-inline six turbo diesel motor that powers the present generation 730Ld producing a max power of 258 Bhp. The updated BMW 730Ld gets a new eight speed automatic transmission instead of the 7 speed unit on the existing car.

The updated BMW 730Ld would be locally assembled at BMW’s plant in Chennai and Petrol variants would be brought in as complete built units (CBU).

Available in diesel and petrol variants, the list of prices are as follows (ex-showroom):

Following are the list of changes to the updated BMW 730 Ld.

One of the biggest changes is a revised front bumper that gets reworked air intake, horizontal chrome elements and Air-curtain technology. LED blinkers from the side gills have been shifted to the RVMs.

At the rear, the car gets a new rear bumper that has an integrated chrome strip. The light and dark elements of the tail lights are now treated to differing shades of red.

The car gets new design front seats. The LCi has Individual rear comfort seats, which are standard on 760Li. These seats have individually adjustable backrest angle, seat position, and head restraints.Other changes include-  Introduction of optional Rear Seat Entertainment Package that includes iDrive controller and two 9.2? screens, Enhanced interior soundproofing, a new extended ambient lighting system including the footwell as well as the B-pillar with an option of 2 shades and new chrome trims for the central dash and cup holder covers.