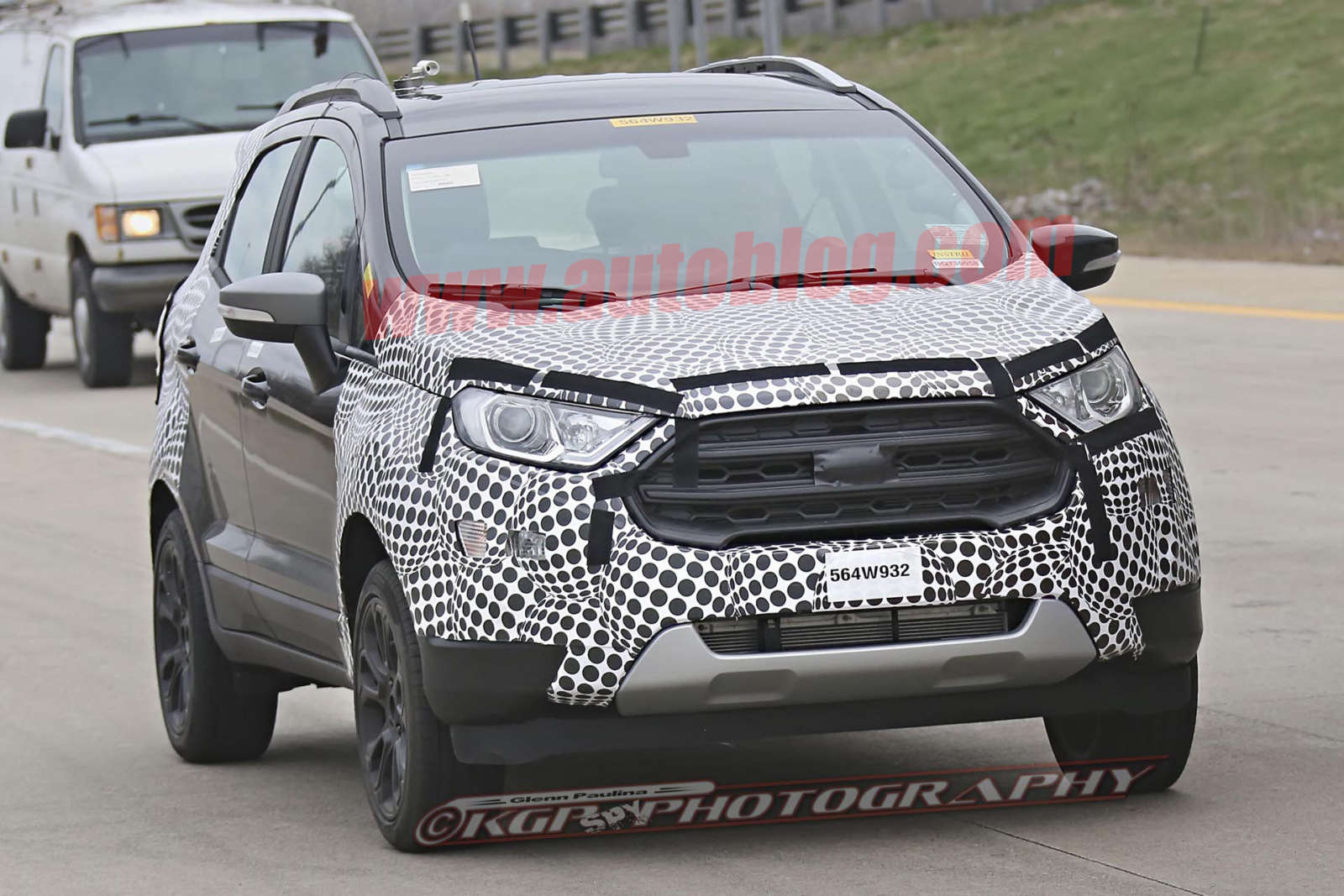 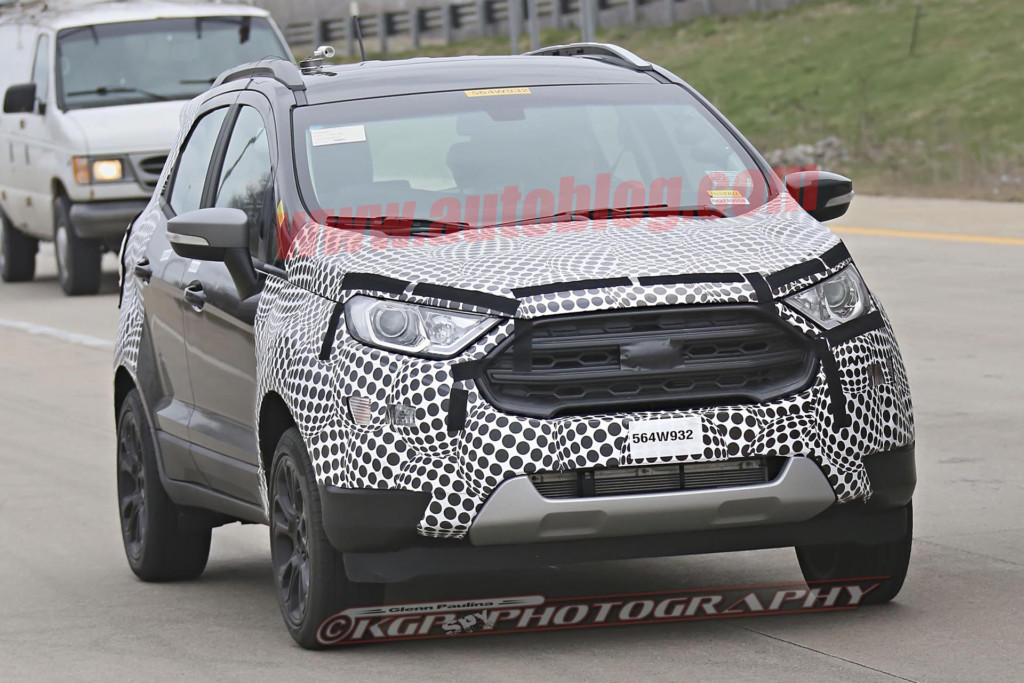 The updated, 2017 Ford EcoSport has been caught testing in the US, and shows its new face for the first time. As pointed out in previous renderings, the 2017 EcoSport will get a fresh front end inspired by two of its bigger brethren, namely the new Endeavour/Everest SUV and the Edge crossover. The partially camouflaged test mule in these image is a US-spec EcoSport, and will mark Ford’s first entry in the country’s CUV segment. 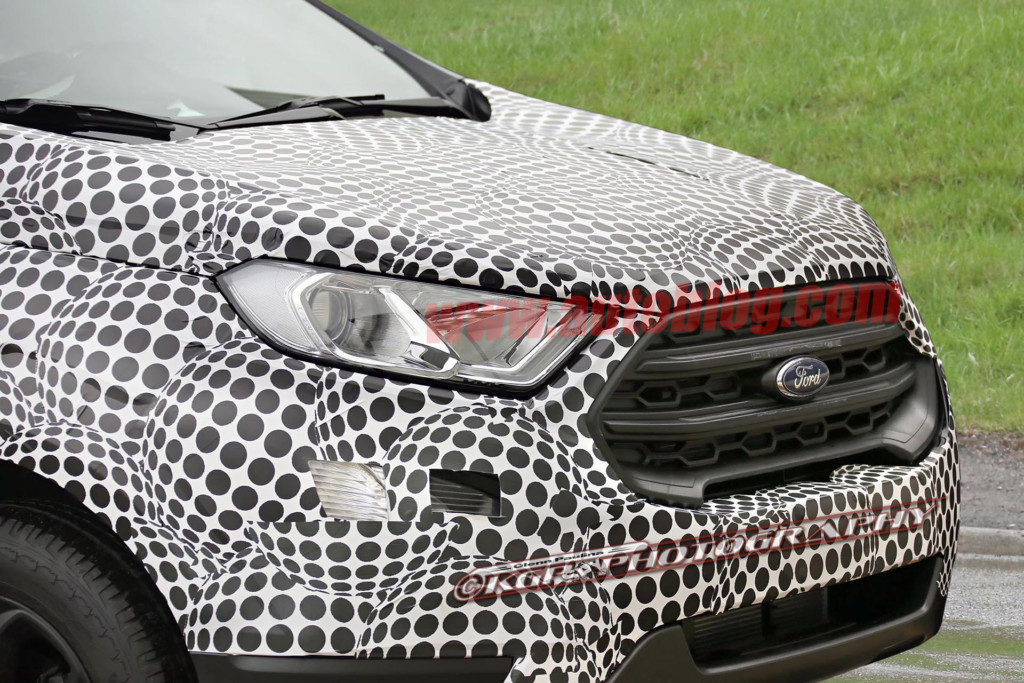 The update pushes the erstwhile, trapezoidal front grille upwards, while adding chunkier slats interspersed with honeycomb structures. Top trim levels will preferably see streaks of chrome on those slats. The headlamps are new as well, and include projector elements as well as L-shaped DRL strips. The new front bumper features a bigger, integrated sump guard, and new, larger fog lamp clusters; which can be seen peeking from the camouflage here. The sides seem to have been left alone, while the rear end seems untouched as well. 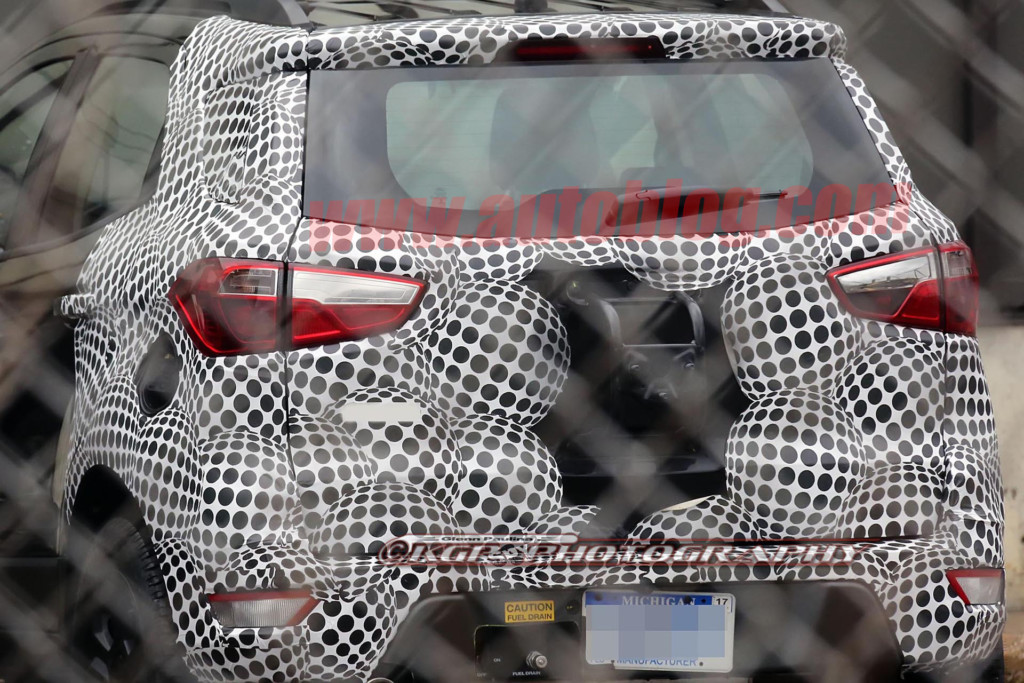 The US-spec model will feature a tail gate mounted spare wheel, replete with the handle integrated with the RHS tail lamp. 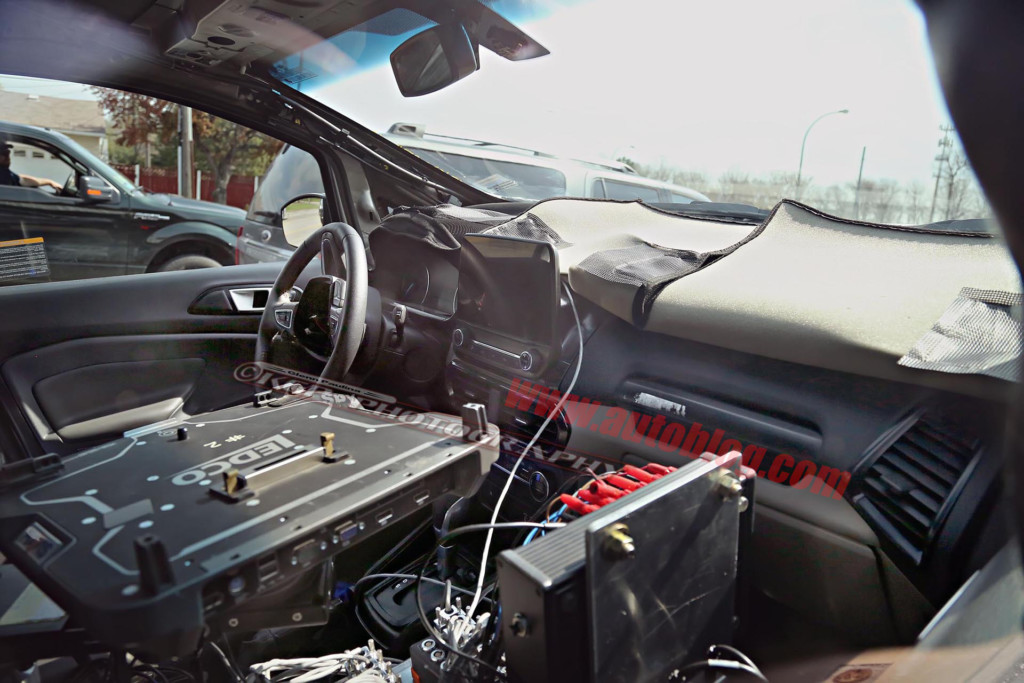 The 2017 Ford EcoSoprt’s interiors reveal a new, more upmarket dashboard. The new layout involves a stacked centre console that sandwiches its rectangular air vents between a fresh, touch-screen (finally) equipped infotainment system on top and the rotary controls for HVAC below. A dual tone colour scheme (beige + black) is highlighted with chrome and piano black elements, while the multifunction steering is also all-new. So is the instrument cluster, which has been redone with more flair than the one in the current model, with a fairly comprehensive MID between the speedometer and the tachometer. The side vents seem to continue unchanged. 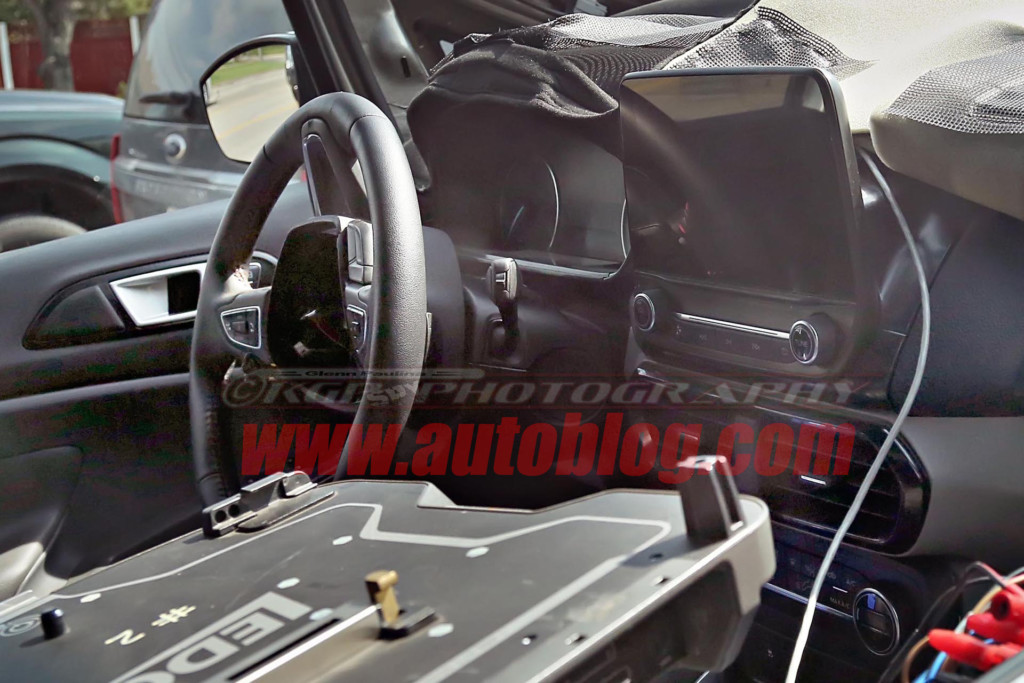 The touch-screen feature will be a first on the EcoSport

For the US, the 2017 Ford EcoSport face-lift is likely to be powered by a 1.0-litre EcoBoost petrol engine good for 123 hp, while transmission options will include a 5-speed manual or 6-speed Powershift DCT gearbox. The 2017 Ford EcoSport is expected in India by sometime next year.