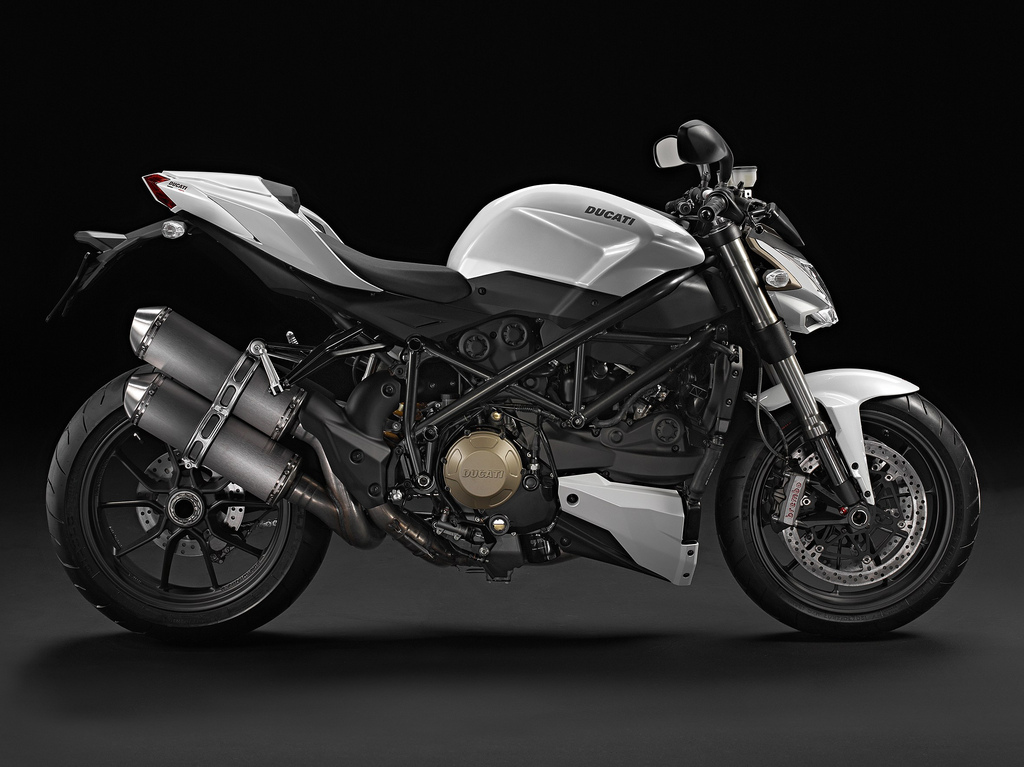 The base model of 2011 Ducati Streetfighter, has received a new arctic- white paint scheme, with the radiator draped in subtle black finish. The 2011 Streetfighter S has been displayed in two new colour schemes- Red with red frame and Black with racing black frame. Both the colour schemes will feature black wheels and a new black radiator surround.