Ahead of its impending launch, fresh details of the upcoming Tata Tiago AMT have emerged on the web. A single leaked image reveals the variant details of the Tiago with an AMT. As seen in the company’s passenger car diagnostics software (TDS), the Tiago AMT would be available in the XT and XZ trims. 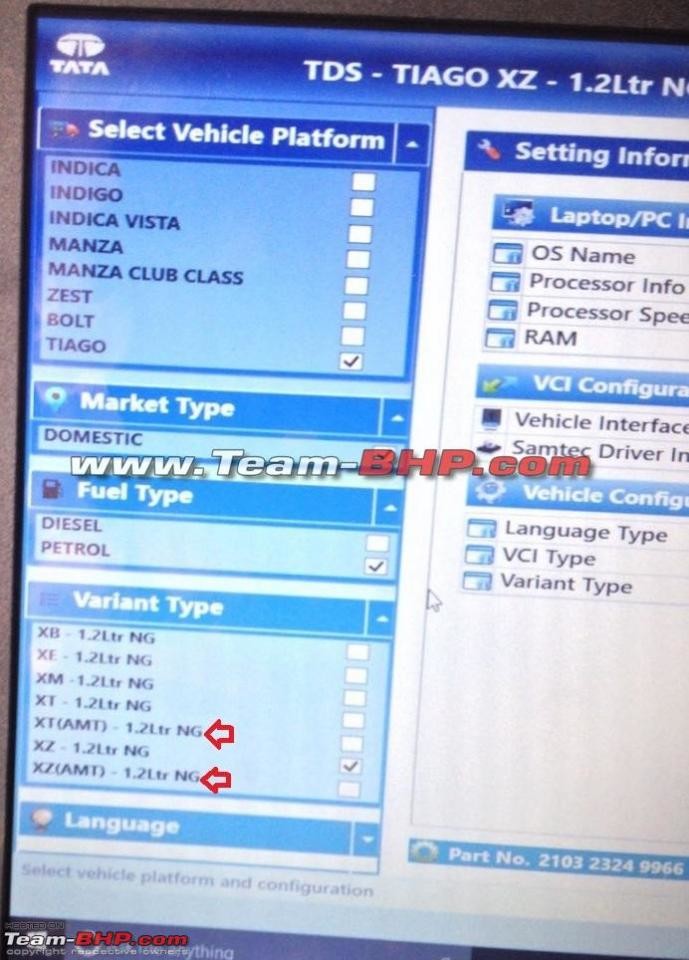 The leaked image further reveals that the these trims are likely to be limited to the 1.2-litre petrol variant while a diesel powered Tiago AMT could be introduced later during the product’s life-cycle. The report further adds that the AMT gearbox is likely to be a 5 speed unit that would be sourced from Magnetti Marelli.

Also read: Here Are Five Things That We Know About The Incoming Tata Sports Car So Far

Powering the Tiago AMT would be the same 1.2-litre three cylinder petrol engine that produces 83 hp and 114 Nm of torque. The model is currently available with a five speed manual transmission. Tata Motors has not revealed an official launch date for the Tiago AMT although the model is likely to arrive soon as a few units were recently spotted rolling off the production line. 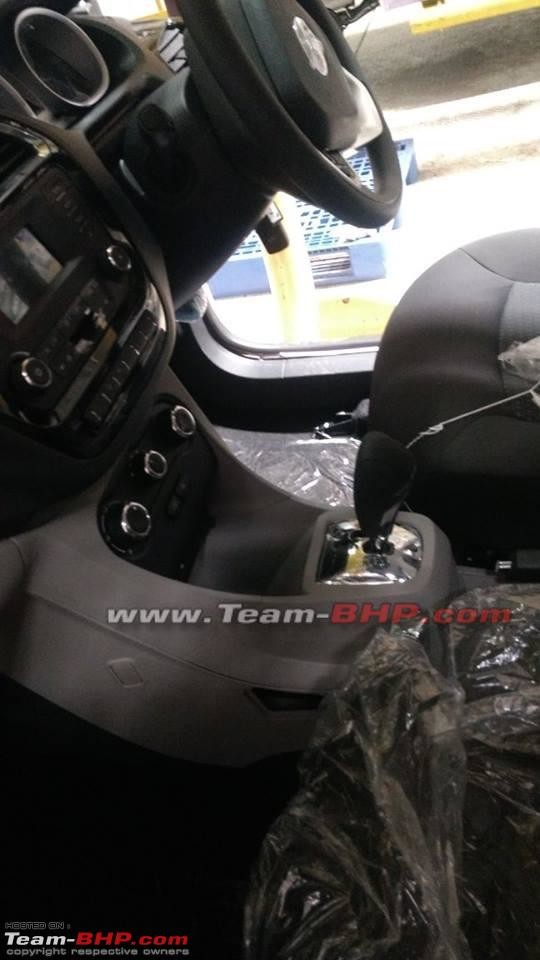 The Tiago AMT is not the only product Tata Motors plans to launch this year, as the company is also working on a few other products such as the Tiago based Tigor compact sedan, Nexon compact SUV and the Tiago Sport. The company will also be unveiling a sports-car under the TAMO sub-brand at the 2017 Geneva Motor Show.