The Tata 45X first made its debut in concept form, along side the Harrier, at the Auto Expo 2018. To be launched next year as a premium hatchback which will go against the likes of the Elite i20 and the Baleno, the car is being tested heavily on public roads. Unlike the Harrier, there was no preview of what the 45X‘s cabin could look like, for the concept at the Expo was showcased in an enclosed glass housing. 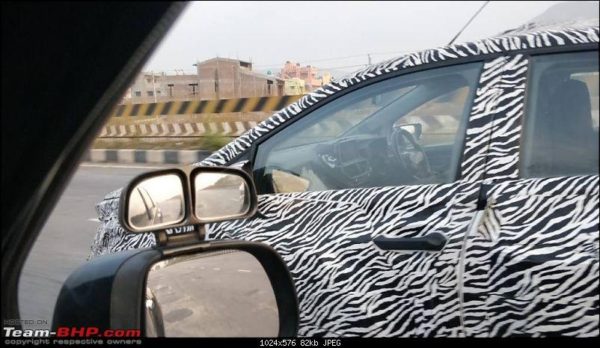 However, a spy image has revealed that Tata’s new premium hatchback will get a cabin, where the centre console’s layout could be pretty similar to how things are inside the Harrier. Like the flagship, there will be a centrally placed infotainment display, however, screen size appears to be smaller. Beneath the screen, two closely stacked AC vents will do their job, controls for which, are placed right under it. Unlike the Harrier, the 45X will most likely do with analogue dials instead of the large screen which flanks the speedometer in the flagship. 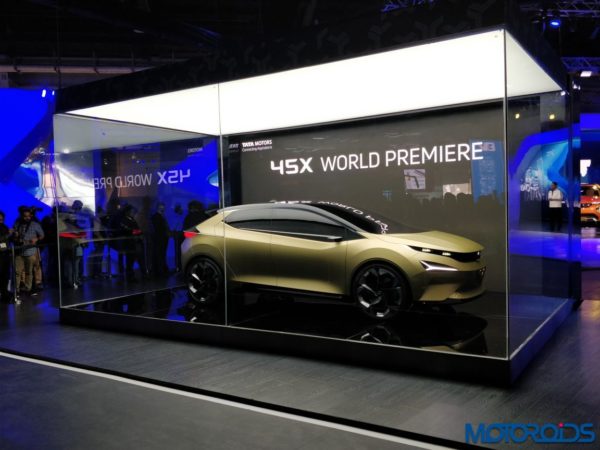 Like all Tata vehicles, expect space and comfort to be top-notch. Similarly, there will most certainly be a switch or a dial which will allow the driver to pick between driving modes. Powering this upcoming will most probably be the 1.5-litre diesel and the 1.2-litre, 110 Hp petrol mill, which power the Nexon. Like all their current cars, expect the design to stay true to the concept form and if that happens, this new Tata will certainly be one of the most good looking cars out there. Oh and if you’re still only getting warmed up about this upcoming hatchback, it’s rear door handles are placed next to the C-pillar for that two-door appearance. The word going around is that this car will be ready for launch by August 2019 and we’ll bring you more updates as we get closer to that time.