MG Motor Company has some huge plans for the Indian car market. They plan to bring a new model to our country every year from 2019. Doing opening duties for this company is a new SUV, which has finally been given a name. Spied quite a few times already, this SUV will be known as the Hector when it makes its debut in the Indian market space later this year. Along with the announcement of the name, MG has also showcased a teaser video of this SUV. When launched, the Hector will be up against the likes of the Jeep Compass and Tata Harrier.

The Teaser video showcases the SUV in a camouflage wrap, similar to the one we have seen already in the spy shots. A major highlight revealed in this teaser is the DRL which has been placed at a rather unconventional spot. Located at the edge of the bonnet, the DRL also functions as the side indicator and welcomes the driver with a nice quick sweep of yellow when unlocked. A quirk like this may not affect a vehicle by that much but it sure adds a bit of drama to a rather boring ritual of locking and unlocking the car. 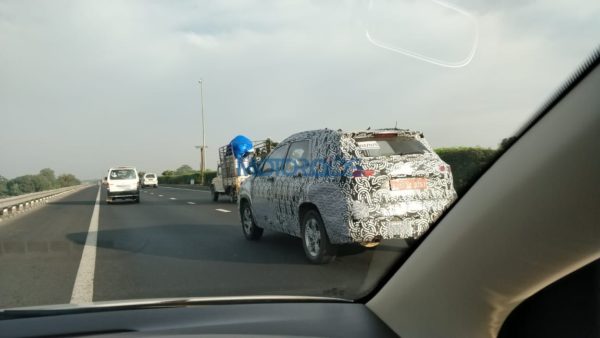 Believed to be offered with 2 engine options – a 1.5-litre petrol and a 2-litre Fiat sourced oil burner. It is interesting to note, the other two competitors, the Compass and the Harrier, both use the same engine in different stages of tune. Aimed towards the premium segment, this SUV can be expected to be loaded with features. We expect MG to provide stuff like leather powered seats, a panoramic sunroof, electronic handbrake and cruise control in the top end trims. Safety will also be a top priority for MG and aids like dual airbags, ABS, rear parking sensors and a speed alarm can be expected to be a part of standard equipment. Stay tuned for more news on the Hector.