MG Motor has huge plans to implement for the Indian market. They have plans to introduce a new model every year in the Indian market including an all-electric SUV as well. They also have a set up a manufacturing facility at Halol in the state of Gujarat where they will take international models and build them to be more suited for the Indian conditions. Their first product will be an SUV based on the Baojun 530 SUV. We bring you a bunch of spy shots of the SUV which was seen in camouflage on our roads. We thank Mayank Rohit for sending us these images. 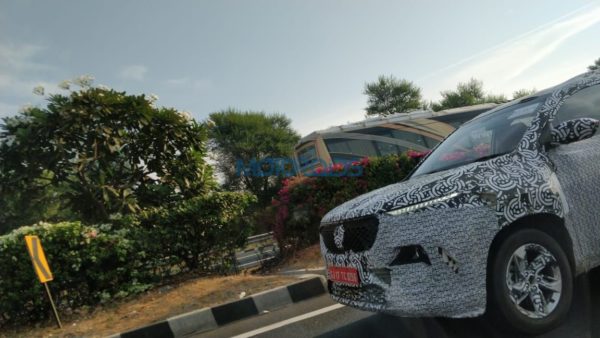 The spy images reveal interesting details of the upcoming vehicle. At the front end, we see an all LED strip, the DRLs of the car which has been placed at the top edge of the bonnet. The front grille appears to be large and holds the MG logo in the centre, which is camouflaged in this test mule. The headlights find their spot quite low, far below the LED strips, a new design element which is seen being adopted by many car makers now. The side profile gets a roof rail and 5 spoke alloy wheels which look interesting. The rear is bulky and the bumper is quite high, making the loading lip quite high for the car. 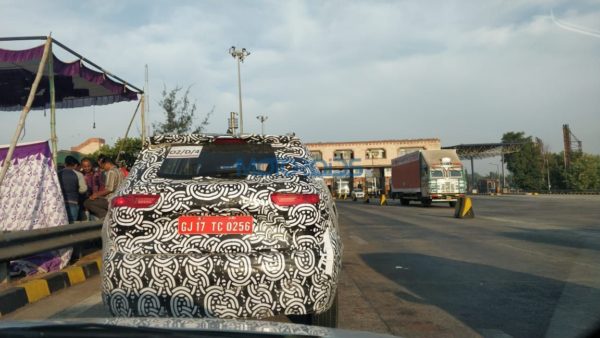 It is believed that this SUV will be powered by two engines. There would be a turbocharged 1.5-litre petrol and a Fiat-sourced 2-litre diesel. MG will make this vehicle a premium offering and will offer great quality, soft to touch materials on the inside of the car. Also expected with this car are features like – leather powered seats, a panoramic sunroof, electronic handbrake and cruise control. Moreover, as part of the new government rule coming soon, the SUV will come with dual airbags, ABS, rear parking sensors and a speed alarm as standard across all variants. What do you think about this new SUV, let us know in the comments.