Mercedes-Benz’s in-house high-performance division, AMG, is all set to celebrate its 50th Birthday this September by unveiling the all new multi-million pound Mercedes-AMG Plug-in hypercar, codenamed ‘Project one’, at the upcoming Frankfurt Motor Show next week.

Not much is known about the F1 derived Project one as of now, specifically along the lines of how it looks from both the outside and the inside. Mercedes seem to be tight-lipped about it and wish to save all the unique features that the Project one will hold for the big reveal at Frankfurt. But with recent teasers published by Mercedes themselves to keep the hype alive, we can make some astute conclusions about what the Project one will look like after all. 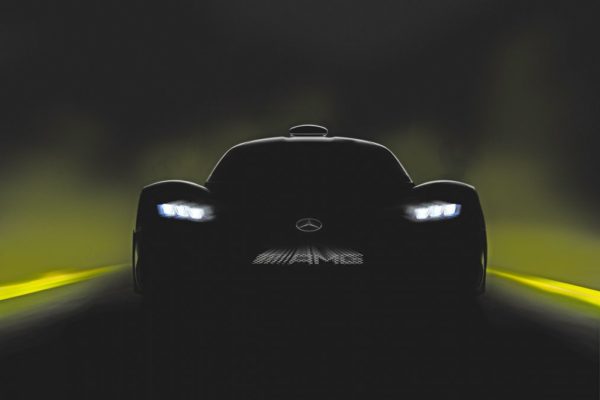 At first, what comes to notice about the Project one is its low-slung, race car like shaped body, similar to that of the Mercedes-Benz CLK GTR produced back in the late 1990’s, as evident from the silhouette revealed by Mercedes. You know the Project one is going to be all about aerodynamics when you spot that roof scoop to channel air sufficiently for the F1-engine derived engine, which propelled Mercedes-AMG Petronas Motorsport F1-team to win both, the drivers and the constructor’s championship in 2016. Then there is that classic silver arrows logo flowing along the swooping hood and accompanied by the AMG print in the front grille. 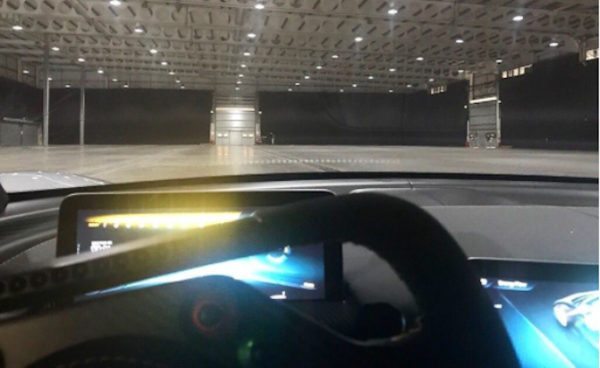 Talking about its interior, the Mercedes-AMG Project One will feature a Formula 1-style steering wheel adorned with a number of buttons which will control various functions of the plug-in hyper cat along with various driving modes. The cool shift lights integrated within the steering wheel give it a proper F1 based look and feel. There is also a driver’s display and a center display screen alongside to provide all the essential information the driver needs to know while driving his AMG hypercar. 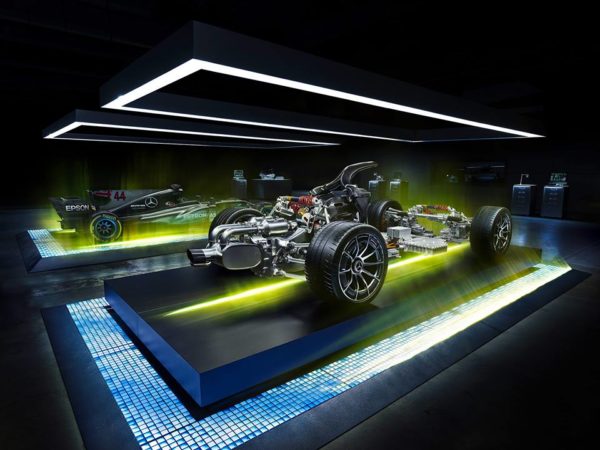 Performance wise, the Project One boasts a 1.6-litre turbocharged V6 engine, the same unit used by the corresponding Formula-1 team back in 2016. The motor will be supported by the win-worthy hybrid system, which together will make over 1,000 horsepower. Reliability is a primary concern whenever you talk about an F1 based engine, which is designed to last for a total distance of six races at best. To counter this issue effectively, it is reported that the engine in the Project one will have to be rebuilt every 50,000 km to keep the Project one going.

The top speed of the Mercedes-AMG Project one is projected to be over 217 mph (350 kmph) and only 275 units will be produced and delivered worldwide. Project One will surely give a strong competition to the likes of Mclaren P1, Ferrari LaFerrari and the Porche 918, the benchmarks for hybrid hypercars of this decade.