Home Mahindra Is this the upcoming Mahindra Mini-Bolero? 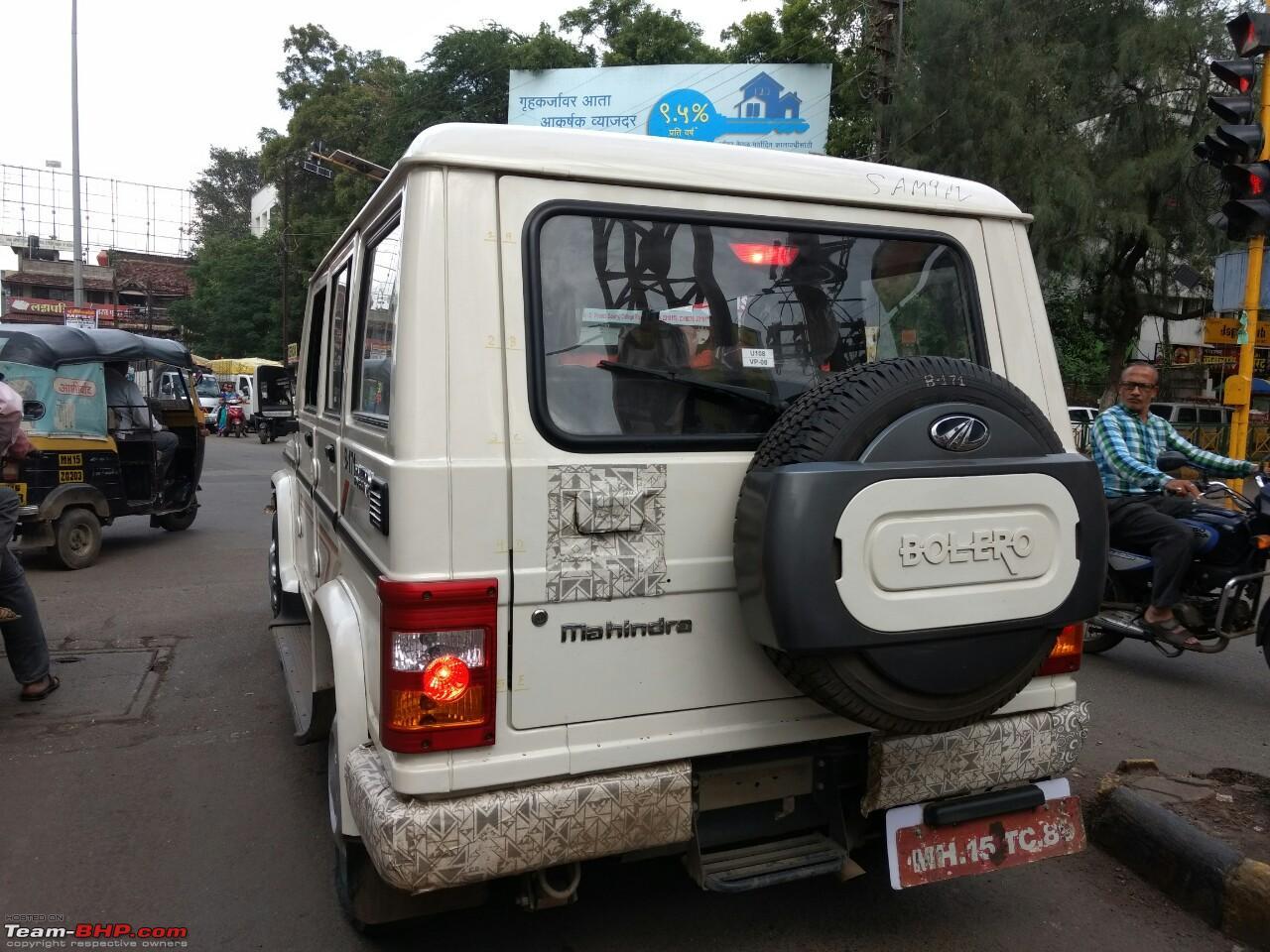 The much talked about sub-4 meter Mahindra Bolero inches closer to arrive in showrooms as a visually tweaked version of the vehicle was snapped in the city of Nasik. The test mule used camouflage only on the front and rear bumper along with the tail-gate handle.

The images of the test mule, caught on camera by a Team-BHP member, reveal a the compact version of the utility vehicle, donning redesigned bumpers — both front and rear — along with a new tail-gate handle. The test mule was equipped with a relatively flat bumper when compared  to the standard Bolero. The rear bumper too has been put on diet and it does not protrude with the body line. The tail gate handle on the test mule too was thinner. Codenamed U108, the chopped version of India’s best selling utility vehicle is expected to arrive by 2017 and will do away with a significant chunk of the standard Bolero’s 4.17 meter length. 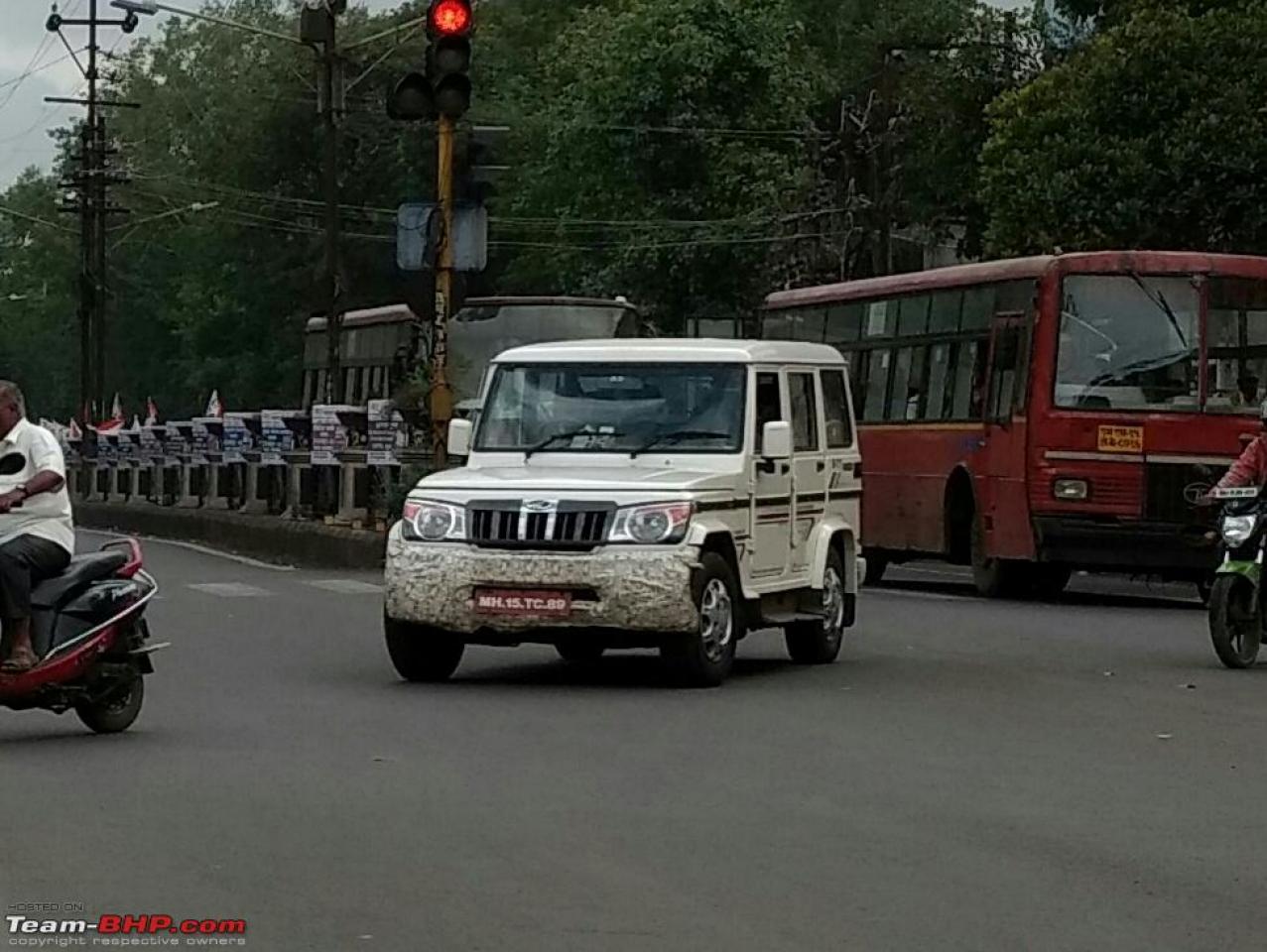 The recent ban on higher displacement diesel engines (in NCR) and added cess for larger vehicles has resulted in a hike in prices of the standard Bolero. With the compact version of the utility vehicle, Mahindra plans to introduce a smaller, 1.5-litre diesel engine, which will comply to the set norms. The new U108 will join Mahindra’s sub-4 meter long vehicle range, accompanied by the KUV100, the TUV300 and the NuvoSport.

As aforementioned, we expect the new compact Bolero to reach showrooms in 2017, unless Mahindra surprises us with a festive season launch. Let’s hope it arrives soon. Meanwhile, let us know your views about the compact version of the utility vehicle through the comments section below.