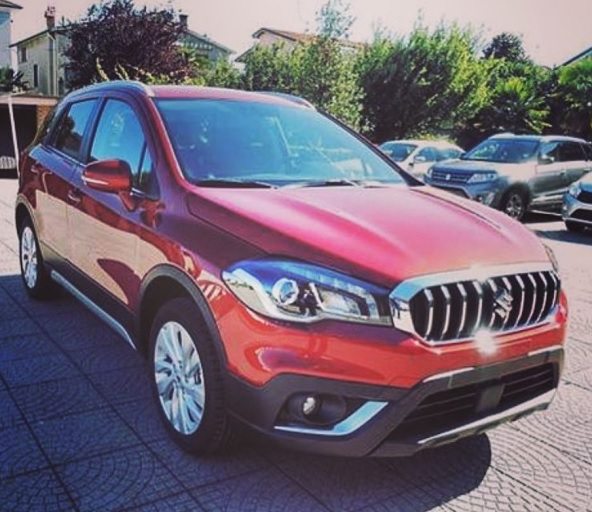 Now that you’re familiar with the new Suzuki S-Cross facelift but bored of the same dark blue shade that appears in all the images, here’s a refreshing new colour. The new S-Cross has been spotted in a fiery red colour, accentuating it newfound frontal curves.

A quick recap of the S-Cross is in order. It was previewed earlier this month in Hungary, where it will initially go on sale. The list of updates includes a thoroughly revised front fascia, which features an upright chrome grille with vertical slats, new headlamps with DRLs and a redesigned front bumper. 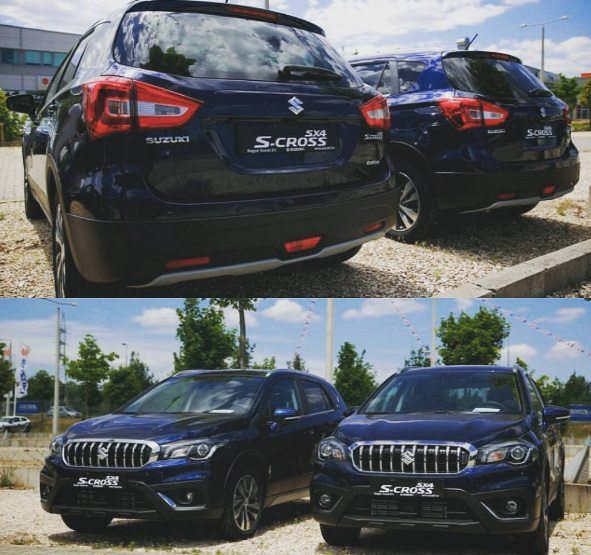 The sides and rear continue unchanged, apart from a new set of diamond cut alloy wheels for the top-end trim levels. The interiors remain more or less the same, apart from a new infotainment system with a bigger touch screen, refreshed seat upholstery with contrast stitching, and a choice of new inlays for the dashboard. 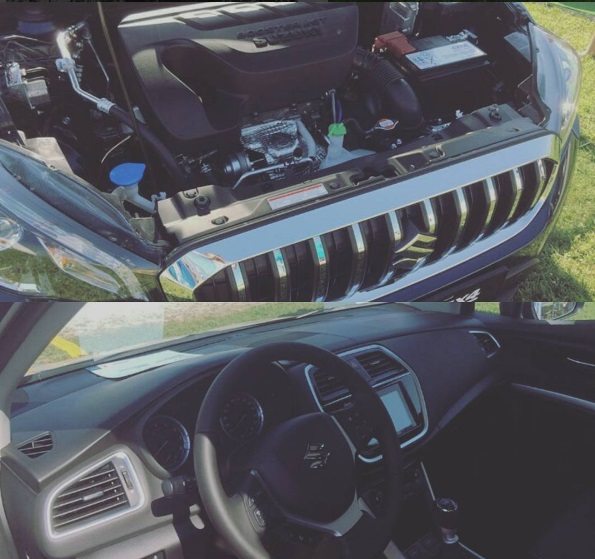 In European markets, the S-Cross facelift will be powered by Suzuki’s new 1.4-litre Booster jet turbo-petrol engine, good for 140 PS and 220 Nm of peak torque, while being mated to the brand’s AllGrip all-wheel-drive system. When launched in India sometime next year, the existing 1.3- and 1.6-liter DDiS diesel engines will soldier on under the new S-Cross’s hood, apart from an all-new 1.5-litre petrol engine that’s said to be in the works.