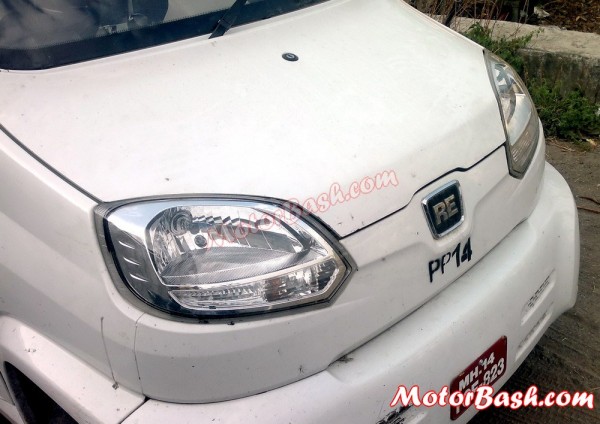 In a development that will definitely benefit Bajaj, Govt. of India recently gave a final nod to quadricycles. With this, the Bajaj RE60 inches closer to is launch.

The RE60 ‘four wheeler’ has been in news ever since Bajaj Auto Ltd, the popular Indian two wheeler maker, first unveiled its plan to launch a four wheeled motorized vehicle in India. For a lot of time, everyone was of the belief that the RE60 would rival the Tata Nano, the cheapest car in the world. However, soon after unveiling the RE60, Bajaj made it clear that it has no intentions of challenging the Tata small car and that the RE60 would instead battle it out with auto rickshaws.

Seen here are pics of a Bajaj RE60 test mule that was recently spotted by our friends at Motorbash. This is not the first time that the Bajaj RE60 has been spotted on public roads. From the looks of it, Bajaj is done with readying the RE60 for mass production and the quadricycle can be launched sometime really soon. 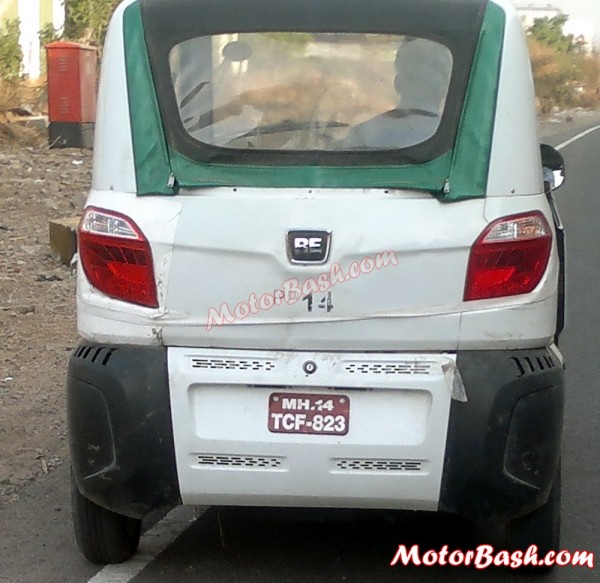 The RE60 comes with rather oddball exteriors and it remains to be seen if this design would grow on us. On the inside, the quadricycle gets a basic interior layout that can be ordered with either 1+3 or  2+2 seating. Very much like the Nano, the RE60 sports a centrally mounted speedo console and fuel gauge, along with other telltale lights. Positioned just below the speedo console is the gear lever. 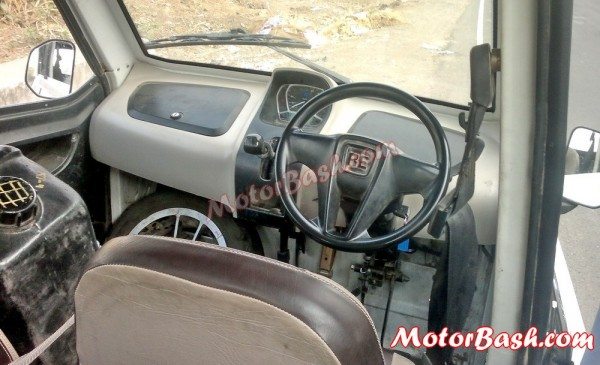 While there is no denying that the RE60 looks much more sorted out than an autorickshaw, it remains to be seen if it would receive a warm welcome from the public.