Home BMW Why does Narendra Modi use an armoured, INR 5 crore BMW instead of a India made vehicle?

An interesting thread on Quora discusses about Prime Minister Narendra Modi who, despite promoting Make In India campaign, uses a BMW 760 Li as his official car. It is to be noted that before becoming the Prime Minister of India, Narendra Modi traveled in his armoured Mahindra Scorpio. While we’d not disturb the Prime Minister’s Office and let them take care of the more important affairs, we found the most logical explanation on the thread.

Before we head any further, let us clarify that the official state cars are selected by the Special Protection Group (SPG) and not by the Prime Minister. Another argument for not using the Mahindra Scorpio is its tall stance which makes it an easy target among other vehicles. The BMW 7-Series, on the other hand, has a much lower stance which does not give a direct shot to a sniper and is also easy to steer. Secondly, the top of the line BMW 760Li Security Edition is certified with BRV 2009 and VR7 ballistics protection and features armoured plate to protect against mines. The BMW can also turn into a gas-safe chamber, and has a self-sealing, explosion proof fuel tank. 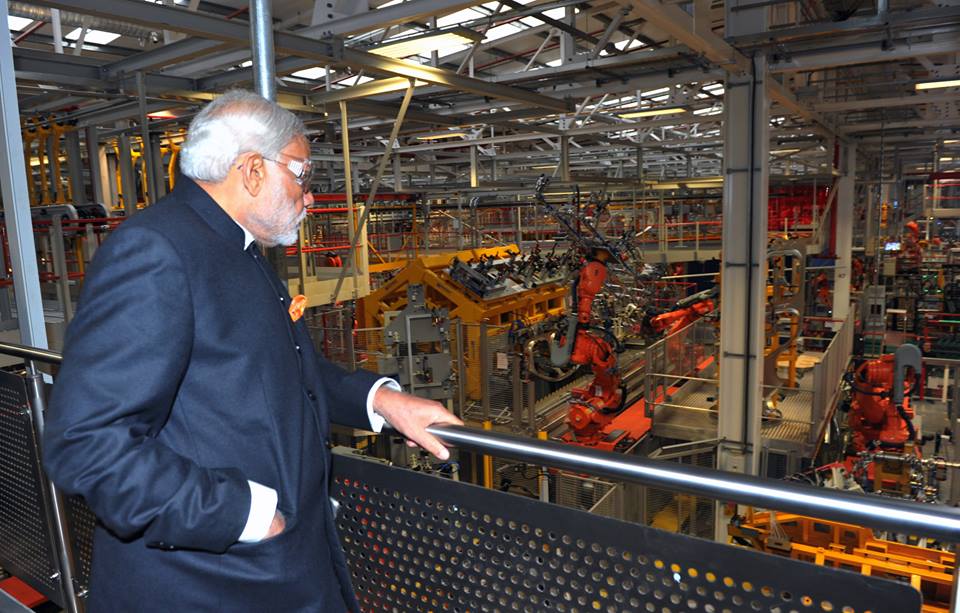 Here is what Quora user Jayant Kaushik writes about the query:

First of it is that even after the modifications it was not considered safe by the SPG, as the Scorpio has a very high stance, and it would serve an easy target for snipers as it would stand out among the surrounding BMW X5’s which carry the SPG men. The 7-Series on the other hand is low-stance car which is adequately protected from a direct shot by surrounding cars (X5’s). Also, a car with lower ground clearance has it’s center of mass more closer to the ground. It responds faster to sudden changes in movement and is easier to control & maneuver. 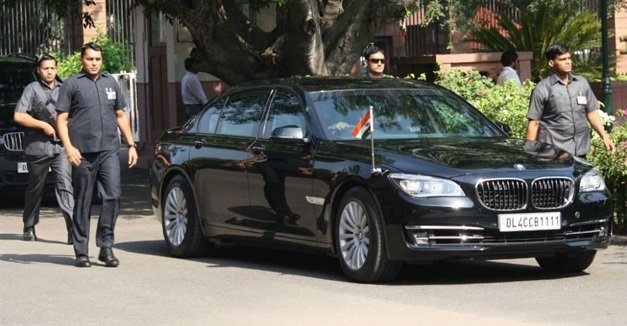 Second: The threat perception of PM Modi is much greater than the erstwhile CM Modi. SPG did the right thing by going along with a tested German system of cars known for reliability and used worldwide. Contrast this against the Scorpio without a convincing track record.

Third: They already had the BMW 7 series which were bought during the tenure of the former PM Atal Bihari Vajpayee (before BMW, Indian PMs used to travel in Ambassadors). Also, there were talks that some other cars were also being considered other than BMW and Scorpio. But, the government refrained from spending extra unnecessarily and decided to use the existing 7 series fleet which already had all the security features required by SPG for PM Modi’s protection. 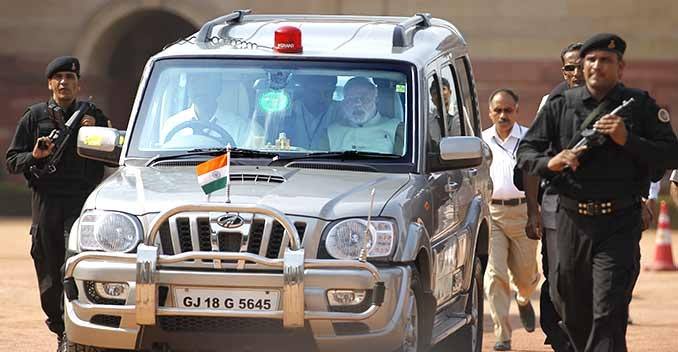 The idea is ‘Make in India’ not ‘Make Indian’. India Inc.’s potential to invest is limited to a certain extent and have other bottlenecks like technology and expertise. Bringing in foreign money also brings with it foreign technology, experience and much better level of competition. This would help in lowering the fiscal deficit (benefits India), create jobs at a massive scale (benefits Indians), transfer of cutting edge technology (to India) and create a robust supply chain. All this will create an investment cycle in the Indian economy which will help us reach high growth phase (maybe double digit) and sustaining it in the long term. This is exactly what China did and it sustained double digit growth for 30 years.

We’re sure you have some inputs on the question and we’d love to read your thoughts. Share your views and opinions with us through the comments section below.

Read the complete discussion on the Quora thread here.