The Toyota Innova has been the best-selling model for the Japanese car maker in India.  Toyota gave the Innova a facelift last year and now the next gen Innova has been spotted again. 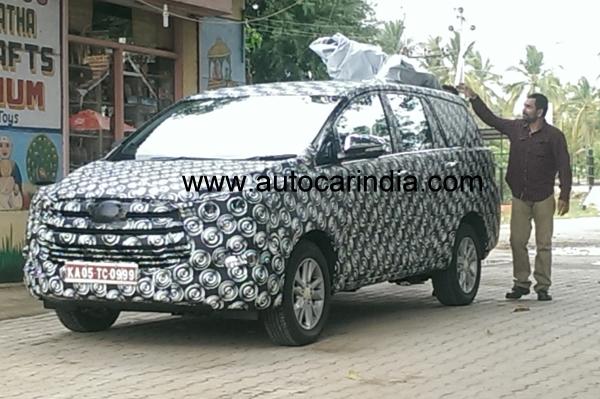 The front of the next gen  Innova takes design cues from Toyota’s latest design language which is also seen on its other global offerings. The rectangular grille gets three big slats on top and three smaller ones at the bottom and is wider and taller. The headlamps on the test mule are projector units.

A month ago,  Toyota India announced that the Fortuner will be available with a 2.5 liter engine.(CLICK HERE TO READ OUR REPORT ON THE SAME) The new gen Toyota Innova and  Toyota Fortuner will be powered by a new range of diesel engines which are currently under development by the Japanese car maker. According to reports, the new gen Innova will be available with a diesel engine mated to an automatic transmission.