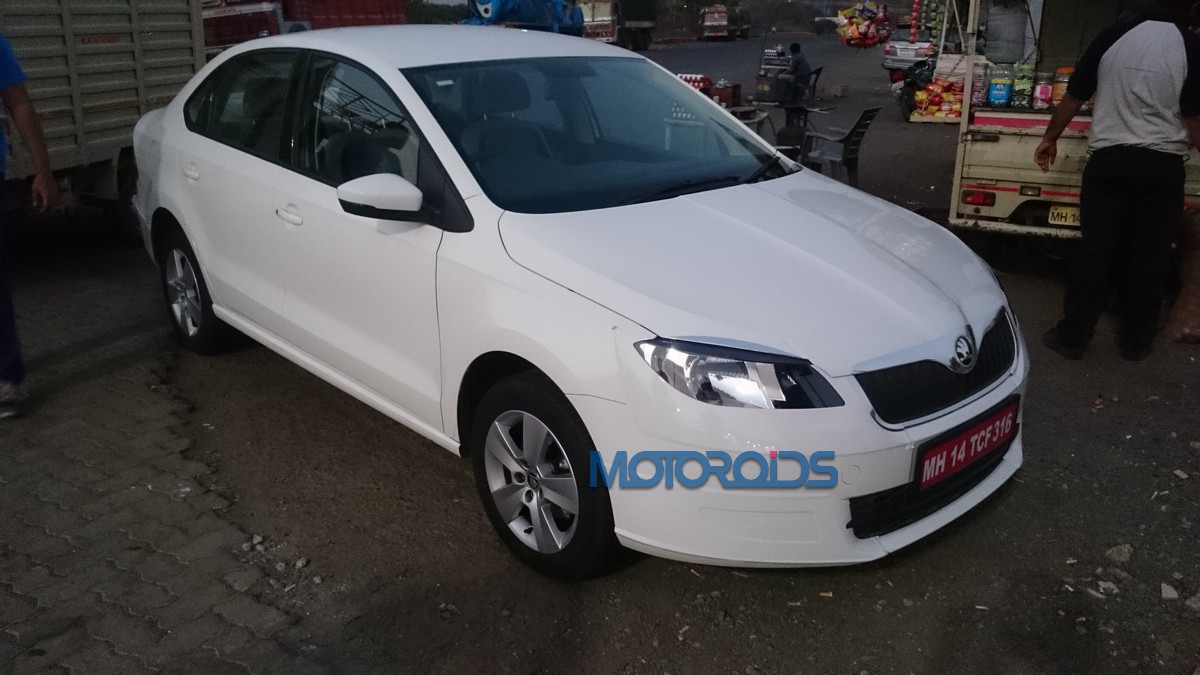 The upcoming facelifted Skoda Rapid sedan has been (sort of) officially teased. Reportedly, the news comes straight out of a presentation event conducted by parent company – Volkswagen for their investors. Along with sharing the update of the upcoming Rapid, the company also revealed plans for the year 2016. The teaser image from the presentation does not reveal much or rather anything about the car as the image is heavily pixelated. The only clue that suggests that it is the image is of the upcoming sedan is the ‘Rapid (IND)’ written on it. 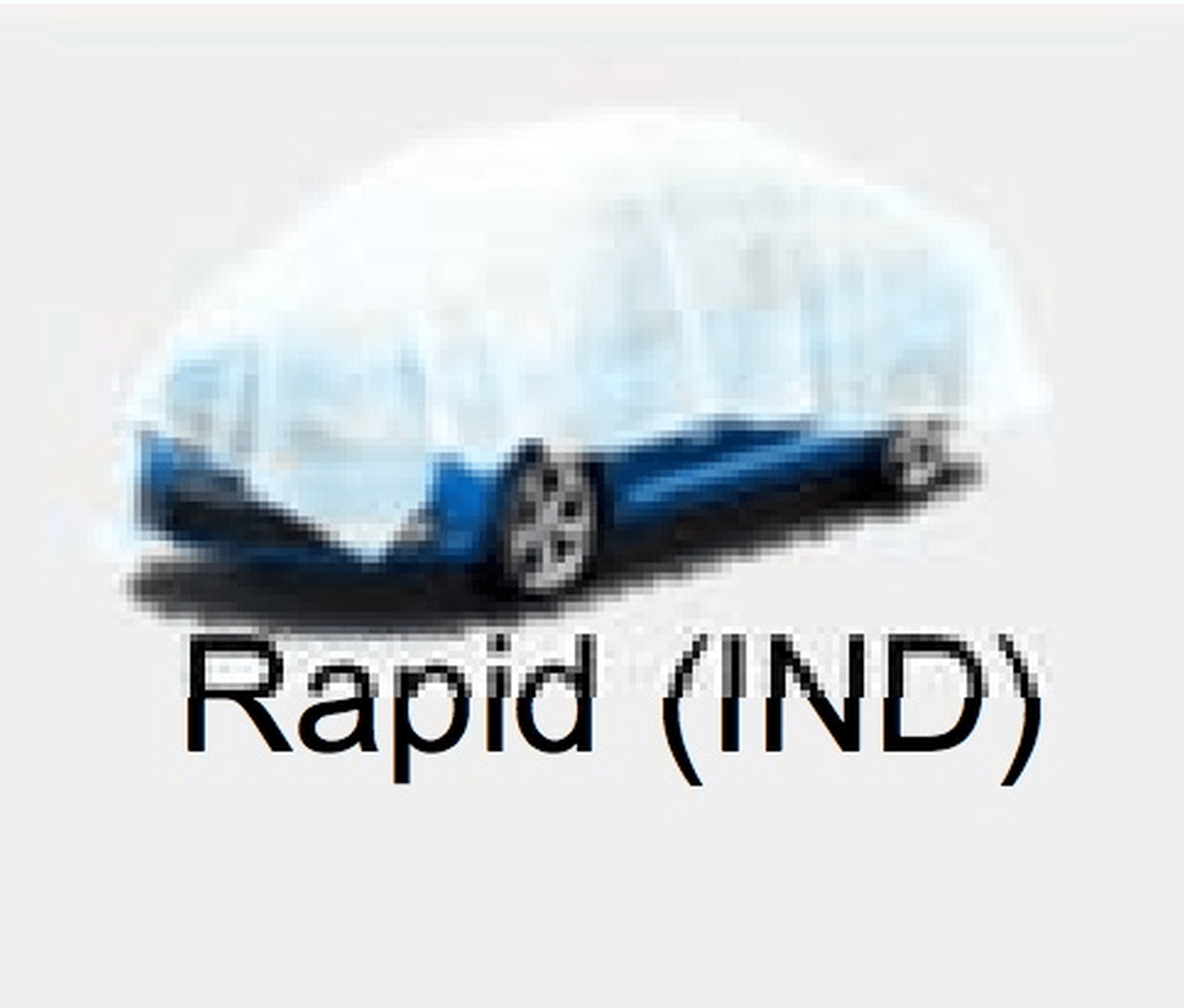 Well, to actually know what the facelift looks like we don’t need to rely on this teaser image because it has been spotted and spied in-side-out quite a number of times now. The test mules of the 2016 Skoda Rapid have been photographed on numerous occasions during its public road test in India. 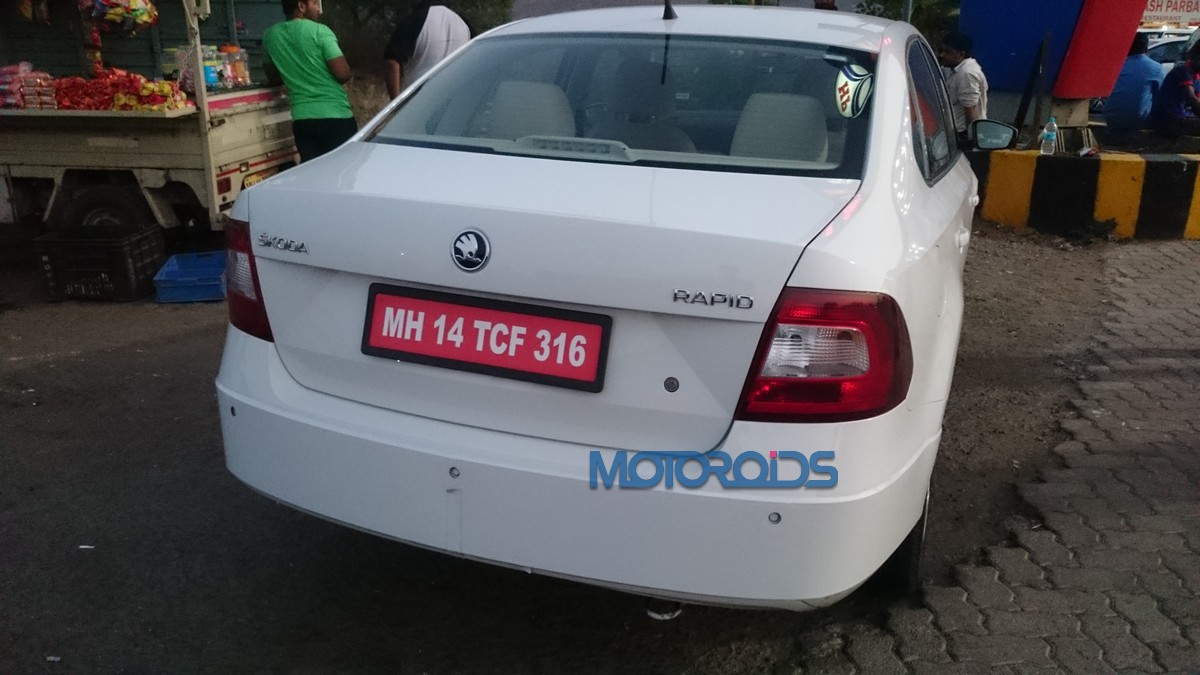 On the visual front, the 2016 Rapid will drop its blunt looks borrowed from the Fabia hatchback and will don new edgier design cues from the Octavia and Superb. The headlights, front grille and front bumper are completely reworked. The Rapid also gets new alloys and revised tail lamps. On the inside, the seats will be draped in new fabrics and a new infotainment system with Mirror-link will be fitted upfront. Features like rain sensing wipers, cruise control, Climatronic-automatic AC with dust & pollen filter, electrically adjustable & foldable ORVMs are also expected. 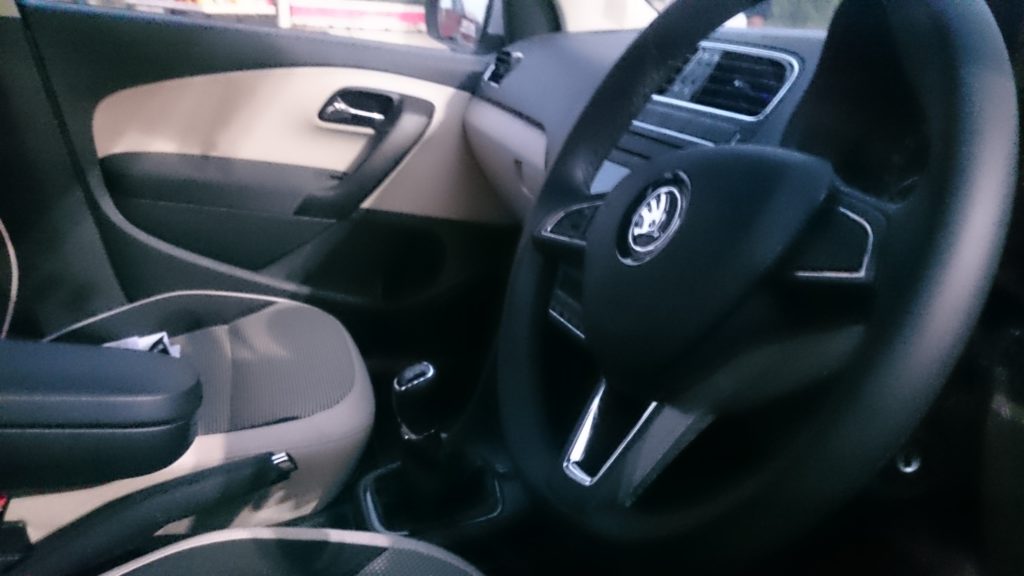 Speaking of the figures on the 2016 Skoda Rapid, the company will likely update the existing 1.6 MPI and the 1.5 TDi engines. The petrol powered engine produces 103 Bhp at 5,250 rpm and 153 Nm of max torque at 3,800 rpm while the 1.5 TDi delivers 103 Bhp and a torque of 250Nm between 1,500 – 2,500 rpm for the current Rapid available in the market. Reportedly, the diesel engine will get a bump in the power figures. These engines with be offered with a 5-speed manual, 6-speed Tiptronic automatic, or 7-speed automatic transmission options. While the launch is confirmed to take place in this year itself, there is a buzz that the date will be in and around the festive season.