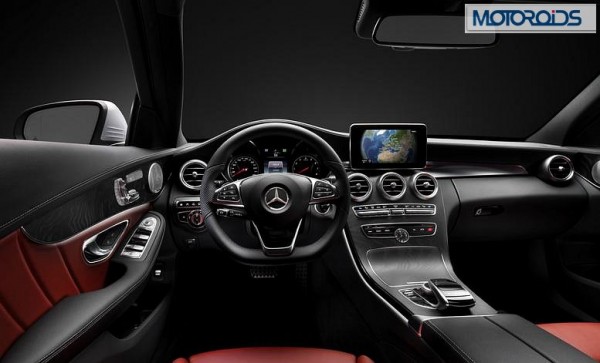 Regulars here would know that we have already talked enough about the upcoming 2015 Mercedes C Class. After going through scores of spy pics, we finally have some official images of the upcoming model’s interiors. 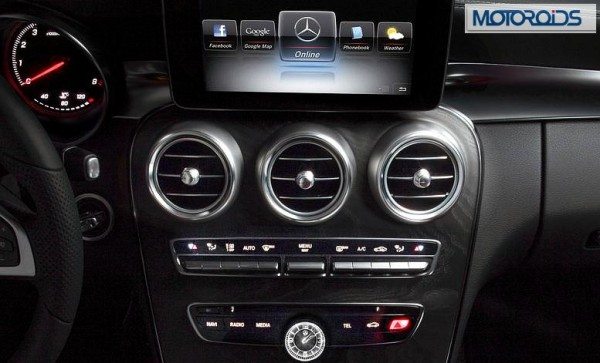 As was being expected, the next Mercedes C Class gets new age interior styling, which benefits from typical modern Mercedes design cues such as three central aircon vents. Along with all new interiors, which are undoubtedly very appealing, the car also gets various features from the mighty new S Class. 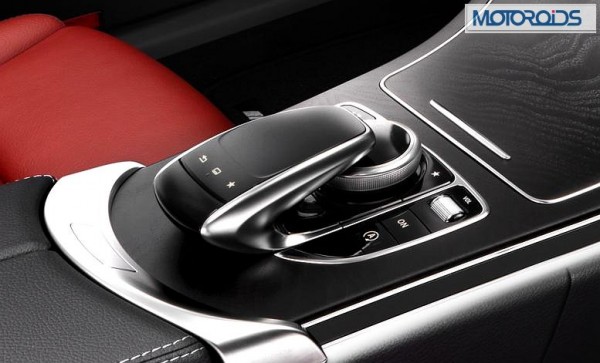 As Mercedes revealed earlier, the new C Class would come equipped with a new COMAND infotainment controller, which consists of a touch pad that reads finger-written text and gesture commands. The car also gets a new full-colour Heads Up Display which gives out various read-outs using an LED projector. The new steering wheel, which gets a gamut of buttons, gets electric windows and headlight settings switches. The new C Class also benefits from various high end features such as Active Parking Assist, Adaptive Highbeam Assist Plus, Traffic Sign Assist, et al.

The upcoming 2015 Mercedes Benz C Class is based on a new MRA (Mercedes Rear wheel drive Architecture) platform and is expected to be as much as 80kgs lighter than the current gen C Class. Also, it is being said that the car would have 90mm longer wheelbase.

Powering the 2015 C Class would be the same engines that power the current gen model. It is also likely the car would get a Renault sourced 1.6-litre diesel engine. This is the same engine that powers the Fluence and the Qashqai in Europe. Transmission options on offer would include a 6-speed manual, a 7-speed 7G-Tronic automatic and a new 9-speed 9G-Tronic automatic.

It is highly likely that the next gen 2015 Mercedes Benz C Class would make its public debut at the 2014 Detroit Motor Show in January next year. 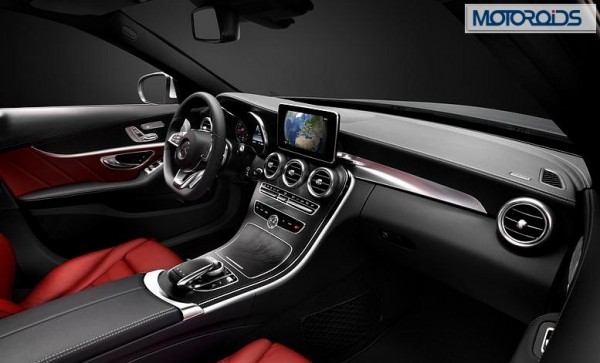