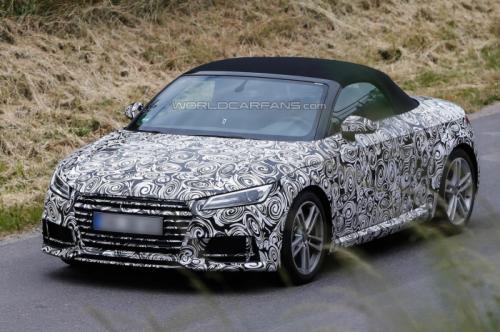 Although Audi has released the 2015 Audi TT Coupe, the Ingolstadt based car maker is testing the roadster version draped in camouflage. The Roadster will be virtually similar to the Coupe with the obvious exception of the fabric roof, anti roll bar and the vertical wind blocker. 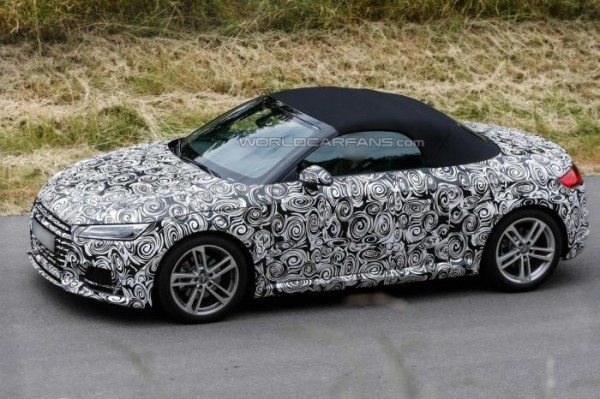 Powering the 2015 Audi TT Roadster will be the same engines found under the hood of the Coupe, which include a turbocharged 4-cylinder 2.0-liter with 230 PS and 310 PS and a 184 PS 2.0-liter 4-cylinder turbo diesel motor. At a later stage, the German car maker is likely to include a 150 PS 1.4 TFSI and a 150 PS 2.0-liter TDI in the engine line up for the TT. All these engines will come mated to a 6-speed manual / 6-speed S tronic transmission which will transfer power to the front wheels or to an optional quattro all-wheel drive system. 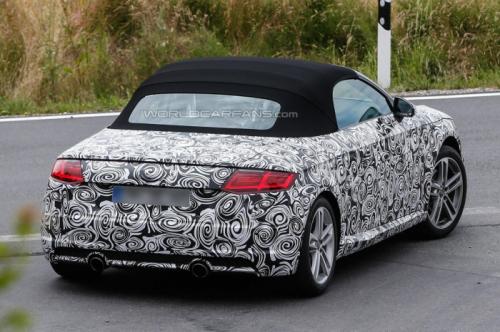 Audi is likely to showcase the 2015 TT Roadster as early as October at the 2014 Paris Motor Show. The sales are expected to commence by late 2014.

Stay tuned to Motoroids for more dope on the 2015 Audi TT Roadster and other details.