The upcoming new gen 2015 Audi Q7 has been spied quite a number of times and cyberspace is filled with the spy pics. Now, the car has been caught while doing the hot weather testing in Spain.

The new gen 2015 Audi Q7 will be based on the VW Group’s third-gen SUV platform, that will also underpin the upcoming Bentley SUV, VW Touareg, Porsche Cayenne and Lamborghini SUV. 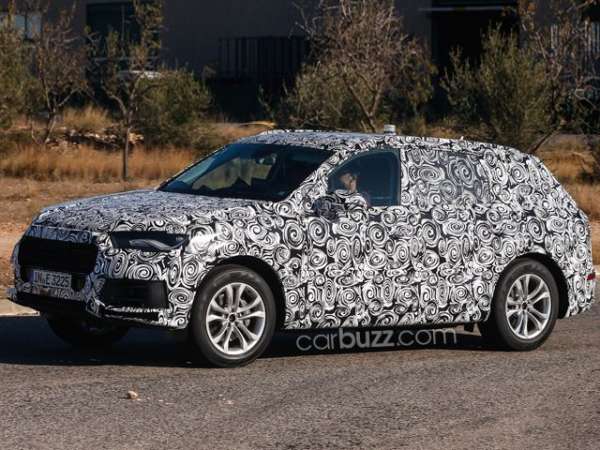 German car maker, Audi, started with the development of the next generation of its flagship SUV in the year 2012, and this new car is expected to go on sale in 2016.  The MLB platform will help in keeping the weight under check and this means that the new Q7 will most likely be more fuel efficient and provide better performance. The weight loss is expected to be a whopping 400 kilograms, by the use of aluminium and composite materials for the construction. 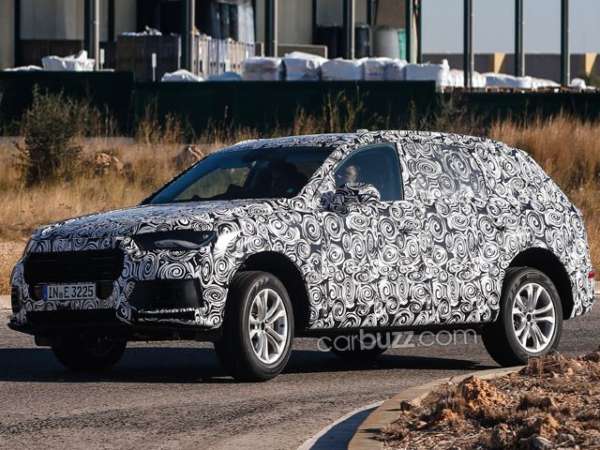 Engine options for the next gen 2015 Audi Q7 will be carried over from the current model. This means that the engine options would include V6 and V8 petrol and diesel engines which include the 3.0 TFSI, 3.0 TDI and the  4.2 TDI. The 3.0 liter TFSI engine pumps out 310 HP, while the range topping  4.2-liter V8 TDI generates 385 HP. 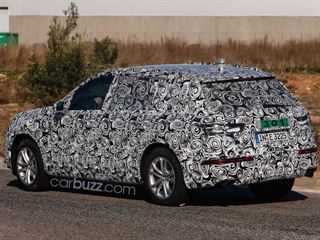 It is also being said that the upcoming 2015 Audi Q7 could get a plug in hybrid variant sometime after its debut.

The car is expected to be showcased at the Geneva Motor Show in March 2014. If the car doesn’t make it there, the car will surely mark its presence at the Paris Motor Show in September.

Stay tuned to Motoroids for more updates on the upcoming 2015 Audi Q7.