We reported when Audi unveiled the 2015 A7 Sportback. Now, the car has landed on the Indian shores for testing and here on this page we have the first spy pic of the car. Audi usually does not camouflage their models while testing in India and hence this car can be easily mistaken for the current model. 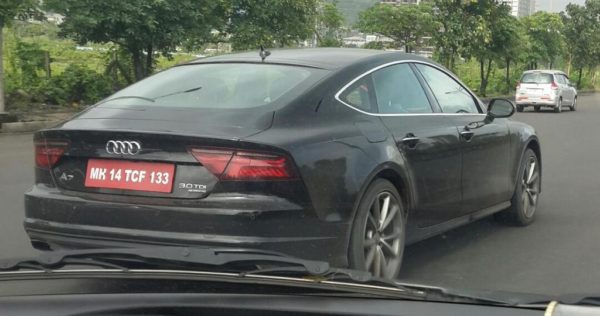 Speaking of the changes on the 2015 model, Audi has equipped the car with the Matrix LED headlamps, which have debuted on the recently launched A8 facelift. These Matrix LED Lamps, work in co-ordination with the car’s navigation system, and adjusts the beam according to the road conditions. Audi had earlier said that it’s the first electronically controlled glare free high-beam system in the world and that the technological advancement is comparable with the transition from typewriter to printer. 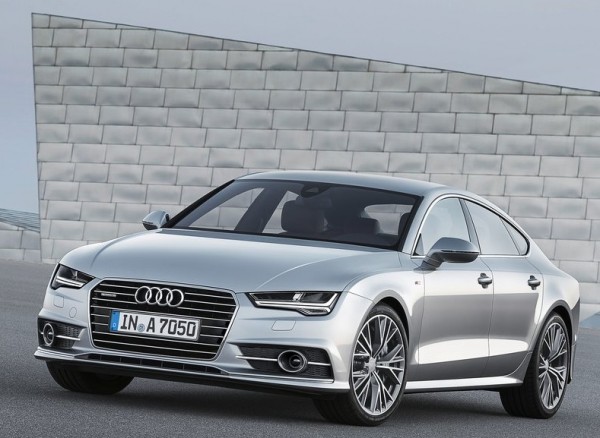 On the rear, the car gets minute changes to its LED tail lights. The car also gets a new bumper with integrated trapezoidal exhaust tips. On the interior front, Audi has kitted the car with a new MMI system with touch interface and Nvidia graphics processor. The car also gets new materials and inlays for the dashboard and seats. 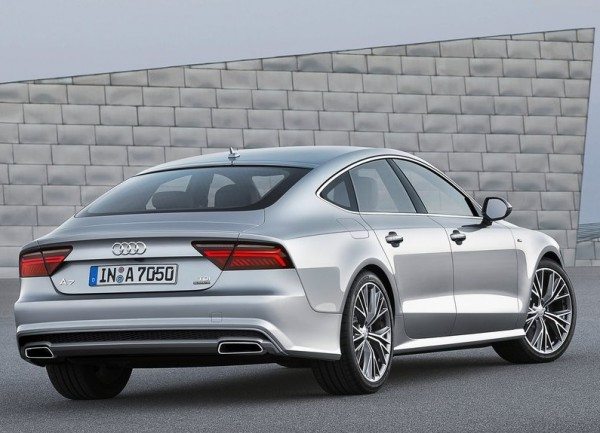 The 2015 Audi A7 is powered by the same 3.0 liter diesel engine which churns out 268 bhp of max power and 600 Nm of peak torque. Audi sells the car in India via the CBU route and will launch the updated A7 in the first quarter of next year. The Audi A7 competes with the likes of the BMW 6 Series Coupe and the Mercedes-Benz CLS.

Stay tuned to Motoroids for more dope on the upcoming 2015 Audi A7 Facelift India launch.