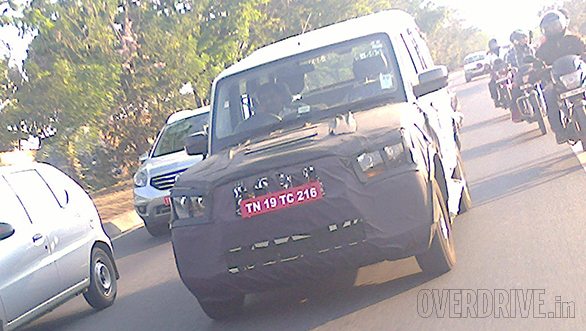 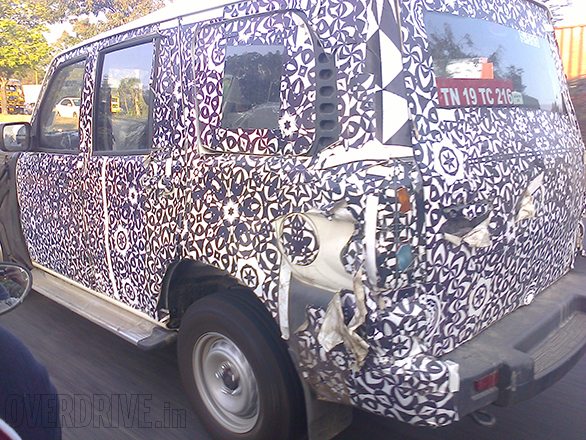 There are high chances that the test mule here in these images is the base variant of the 2014 Scorpio facelift, what else explains the steel wheels and the non painted rear bumper? Also, the LED DRLs that the earlier test mules were seen sporting are conspicuous by their absence on this test mule.  The Mahindra Scorpio facelift will come with revised headlights, updated bumpers, new front grille and slightly different taillamps. Also, it is highly likely that the refreshed Scorpio would sport a new hood and a new set of front bumpers. On the inside, the Scopio facelift would get a complete upholstery change and a new dashboard that would feature a revised centre console, revised instrument binnacle and air con vents that seem to have been inspired from those on the Mahindra XUV500. Even the steering wheel has been carried over from the XUV.

Mechanically though, the Scorpio is being expected to remain largely unchanged, which means it would continue to be powered by the same 2.2 liter  turbo diesel mHawk engine that powers the current version. This engine has a peak power output of 120 bhp and max torque of 290 Nm. Akin to the engine, the transmissions too would remain the same and the Scorpio facelift is likely to get both the four speed automatic and the five speed manual transmissions. 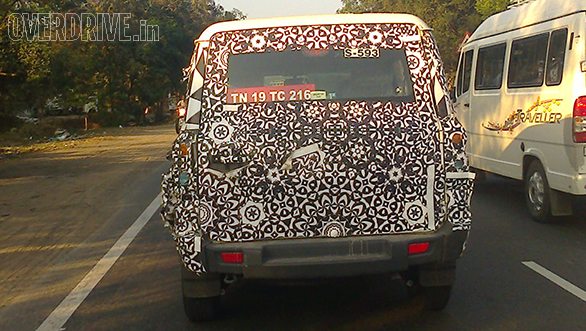