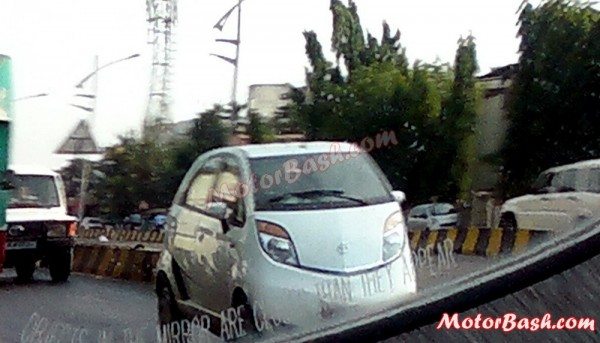 It is no secret that the Nano entry level compact car hasn’t really managed to leave a good impression on the minds of entry level compact car buyers in India. Call it the effect of various fire-incidents that marred the image of the car or the effect of a marketing campaign that went really wrong. Whatever the reasons might be, the truth is that Tata really needs do something to revive the fortunes of the “world’s cheapest car.”

It seems like the boffins at Tata Motors realize this and are working overtime to come up with an updated Nano, along with the diesel and CNG variants, to give the compact car a new lease of life. 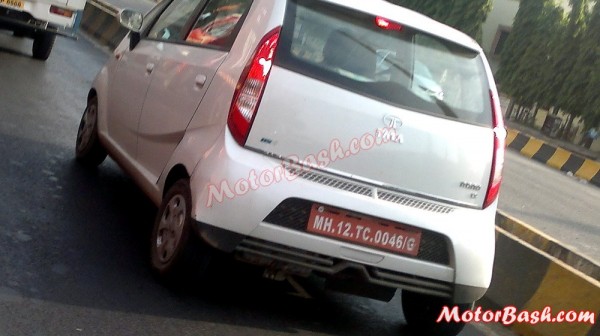 Seen here in the images is the refreshed 2013 Tata Nano, which will come with several minor visual changes. We first saw fully revealing pics of the updated Nano a few days earlier, when the car was spotted during the shooting of its promotional video. However, the latest batch of pics that we have here gives us a better idea of what to expect from the Nano facelift.

The 2013 Tata Nano facelift comes with chrome strips on the bonnet and at tailgate, just above the bumpers. The rear bumper gets more air vents and this should help in better cooling of the diesel variant’s 800cc oil burner.

The car also gets a new blue exterior color option. The interiors too are being expected to get minor updates such as an upholstery change, a revised centre console and probably an updated features list.

Safely expect the facelift to make its debut along with the CNG variant.