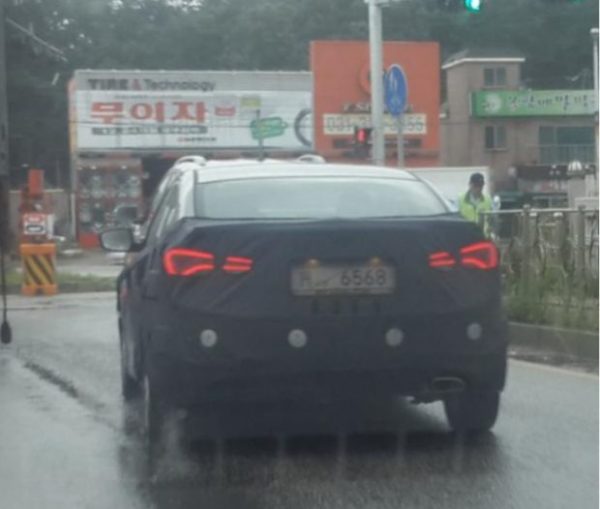 The Elantra facelift is expected to come with a revised front bumper, new foglamps and re-profiled headlamps. The car will also get new alloy wheels and a new design motif for the taillamps. The interiors too are likely to get minor updates. Here we have a few spy pics which reveal the revised taillamps of the 2014 Elantra.

The latest gen Elantra has to be one of the best looking sedans to have ever come from Hyundai and the car has got plenty of rave reviews for its design. The Elantra, which is also sold as the Avante in many markets, has been a bestseller, both in US and Indian markets. We feel that the facelift should be a step in right direction to preserve the freshness of the car.

Stay tuned to Motoroids for more updates on the upcoming 2013 Hyundai Elantra facelift.