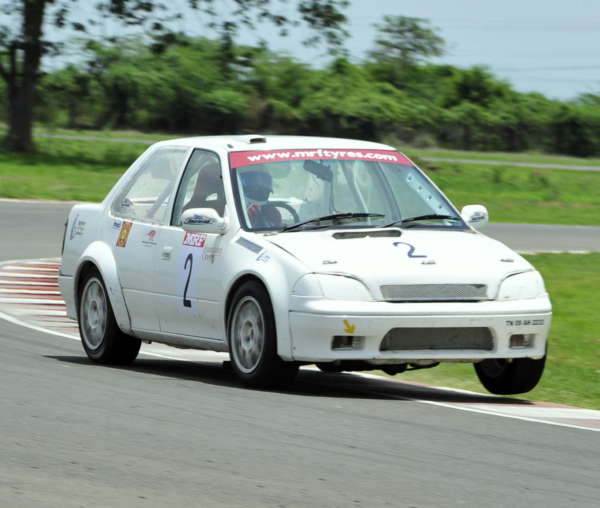 Japanese driver Yudai Jinkawa picked up from he left off and won Race 1 of the MRF 1600 race at Round 3 of the MMSC-FMSCI National Racing Championship at the MMRT in Chennai today. He was followed closely by Ashwin Sundar and 15yr old Tarun Reddy, who continues to impress in only his third competitive race weekend. Indian rallying champion Gaurav Gill made a remarkable comeback to the Indian Touring Car championship when he claimed pole position by 1.5secs ahead of championship contenders N Leelakrishnan and Arjun Balu.

Prashanth K and S Narendran continued their strong start to the season with 2 wins each in the LGB Formula Swift and F4 categories respectively. The Toyota Etios Motor Racing (EMR) Trophy got off to an excellent start with Diljith winning Race 1 while Arjun Narendran won an action packed Race 2. Feroze Khan continued his Chennai dominance with another convincing victory in the Indian Junior Touring Cars.

In the first race of the day Prashanth K held of a spirited challenge from Deepak Chinappa to win by less than a second in the Formula Swift category. Suhail Sabarwal finished in third place. S Narendran put on yet another flawless display to win by over 14 seconds ahead of Sudanand DR and Rajaram.

Race 2 saw the Toyota EMR take to the National Racing Championship for the first time. Diljith, who had earlier put the car on pole position led from start to finish to win the first race of the season. Behind him there was a great battle between youngster Akhil Rabindra, Abhinay Bikkani and Keith D’Souza who finished in that order with less than a second between them.

Race 3 of the day saw the LGB cars back in action with Prashanth K winning ahead of Deepak Chinappa and Inesh Singh in the Formula Swift category. S Narendran won Race 2 of the Formula 4 category after a race long battle with Jigar Muni with Sudanand DR finishing in 3rd place.

Race 4 of the day was the MRF 1600 category with Yudai Jinkawa on pole position ahead of Ashwin Sundar and Tarun Reddy. Jinkawa led off the start line but could not manage to pull away from Ashwin and Tarun. Ashwin got closer and was ready to make his move when the safety car came out for the first time. When racing resumed Ashwin once again put pressure on Jinkawa with Tarun right behind. There was a second safety car when Goutham Parekh collided with Arjun Narendran. WIth two laps left Jinkawa managed to hold off Ashwin and Tarun for his second win of the season.

In the first IJTC race of Round 3, Feroze Khan managed to hold off Biren Pitwala and Gokul Krishna to further extend his championship lead. In the last race of the day The Toyota EMR was back on track in one of the most action packed races of the day. Arjun Narendran won his first race with Abhinay Bikkani coming in second place ahead of Varun Anekar. The battle behind Arjun was close with positions 2nd to 6th changing from lap to lap. Race 1 winner Diljith was in 4th place challenging for third before having a collision with Akhil Rabindra, who was later given a penalty after finishing 4th on track. 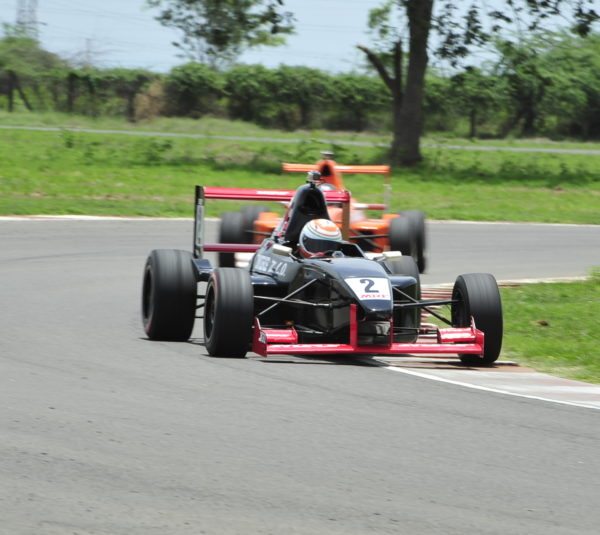