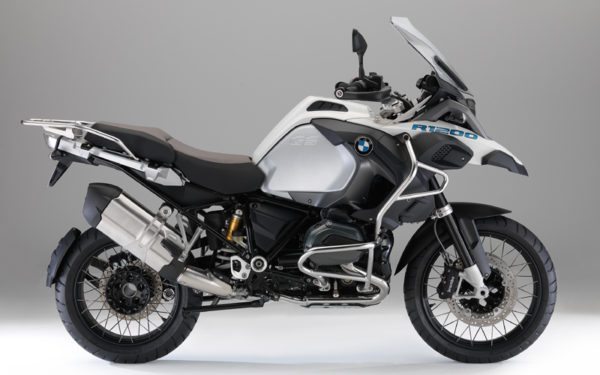 Powering the new BMW R1200GS is a new 1170cc, boxer twin, water cooled engine. The 2014 model comes equipped with a heavier flywheel, a larger 30 litres fuel tank, new body panels, revised riding modes, revised suspension, which now boasts of a longer travel, and a range of other minor updates, all of which together make the bike fairly more potent off the road.

It is for the first time that the Adventure variant’s engine will be considerably different from that of the standard R1200GS. The Adventure’s flywheel is as much as 950 grams heavier and the bike also gets an extra vibration damper, which helps bestowing the bike with improved rideability during low speed off-roading.

As we said, the bike gets a host of visual changes, the most apparent of which is the new, bigger 30 litres fuel tank.  The new fuel tank holds 10 litres of additional fuel and the almunium tank is also stronger than the previous model’s plastic unit. The bike also gets a host of restyled panels and a taller windscreen, which is complemented by side-mounted wind deflectors.

We reckon that you should keep your chequebook handy if a hardcore off-road motorcycle is what you’ve always wanted.