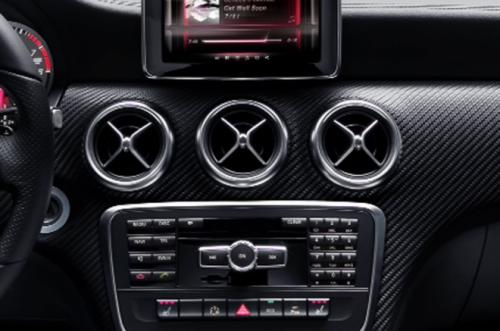 Recently, we posted a video showing a completely undisguised Mercedes A Class. Some days later, we also talked about Merc’s plans to bring this car to India. Today, Mercedes revealed the first few official images of the new car’s interiors. These images were seen during the carmaker’s announcement of launching smart phone integration with the new model. I have been drooling on these images since quite some time now and there is no denying that the interior bits look very tasty with a hint of sportiness and retro futurism involved in them. There is also a control interface that looks like it comes straight from some ultra-rich Audi. 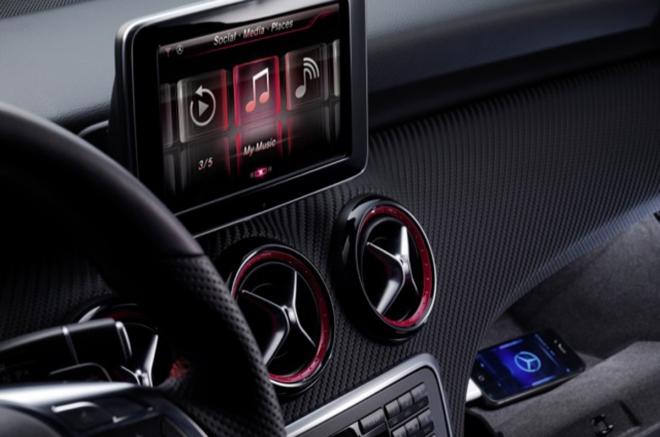 It may be noted that the A Class will borrow engine options from the B-Class, which too is coming to us. The engine options will have as many as five gasoline motors on offer with power rating ranging from 109 PS (80 kW / 108 hp) to 204 PS (150 kW / 201 hp) along with having four efficient oil burners ranging from 122 PS (90 kW / 120 hp) to 204 PS (150 kW / 201 hp). Our sources also say that a sporty 3 door version of this car should hit the market next year. The AMG version of the A-Class should feature an all-wheel drive system with power coming from a high-performance four-cylinder turbocharged petrol motor producing a whopping 300HP.

The new A-Class will be seen battling it out against the BMW 1-series and Audi A3. After watching both the interiors and the exteriors of this car, we just have one thing to say- Bring it on Merc!