Home News Mercedes to come up with a Four-door SLS AMG!? 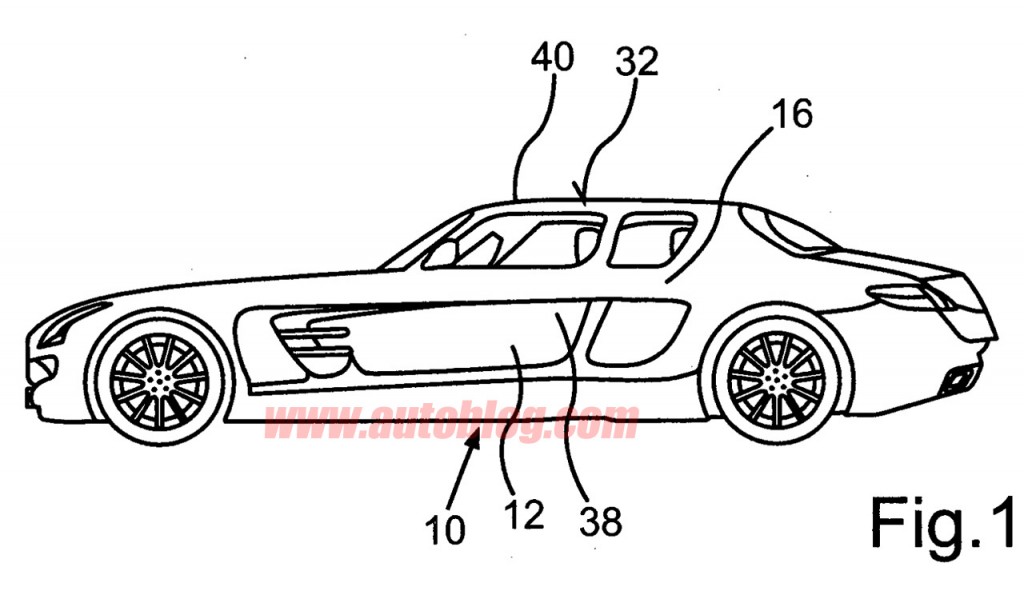 I know half a dozen people who get turned on by the very sight of certain cars. They are normal human beings, until; they see something like a SLS AMG in a video or an image. The moment this happens, they go weak at the knees and their facial expressions seem to suggest that they are in an orgy. Such is an effect that the super car seems to have on perfectly normal people. While I am really not as insane as my aforementioned friends (believe you me), I remember being quite mesmerized when I first saw that long hood and those Gull Wing doors.

SLS AMG has certainly attracted many with its retro futuristic appeal and that monster of an engine. Excited by the success of the new SLS, Mercedes went ahead and came out with a roadster variant of the car. It may had to do away with those undoubtedly cool doors but saw a panoramic roof finding its way into the car.

Recently, Autoblog came up with a finding that can pour quite some fear into the minds of 4 door super car makers. A recent post by the above mentioned publication shows an alleged German patent filing for a new body style of SLS. If this is exactly what we believe it to be, the SLS may soon be seen in a really unexpected third bodystyle. Yeah, no prizes for guessing that we are talking of a four-door SLS AMG.

As the sketch shows, the SLS 4 door will have rear-hinged demi doors to give company to the vertically sweeping front doors. As we have seen quite a few times in some patents from the recent past, the popular German car maker seems concerned with the weight gained in the development of the new variant. The sketch also shows that the car has pillarless doors. A pillarless four door SLS AMG….Brilliant!

What we do not know for sure is whether these sketches are genuine and would lead to a concept/production car. In reply to the Autoblog’s query, all Merc came up with was the expected “We won’t take the liberty of sharing comments for any potential future products.” However, I have learnt that on most occasions, such comments from manufacturers can be taken for a yes.

What we do know is that the car shown will have to employ an extended wheelbase in order to accommodate two more doors.

I am quite sure that the guys at Porsche and Aston Martin must be looking for an Aspirin by now.