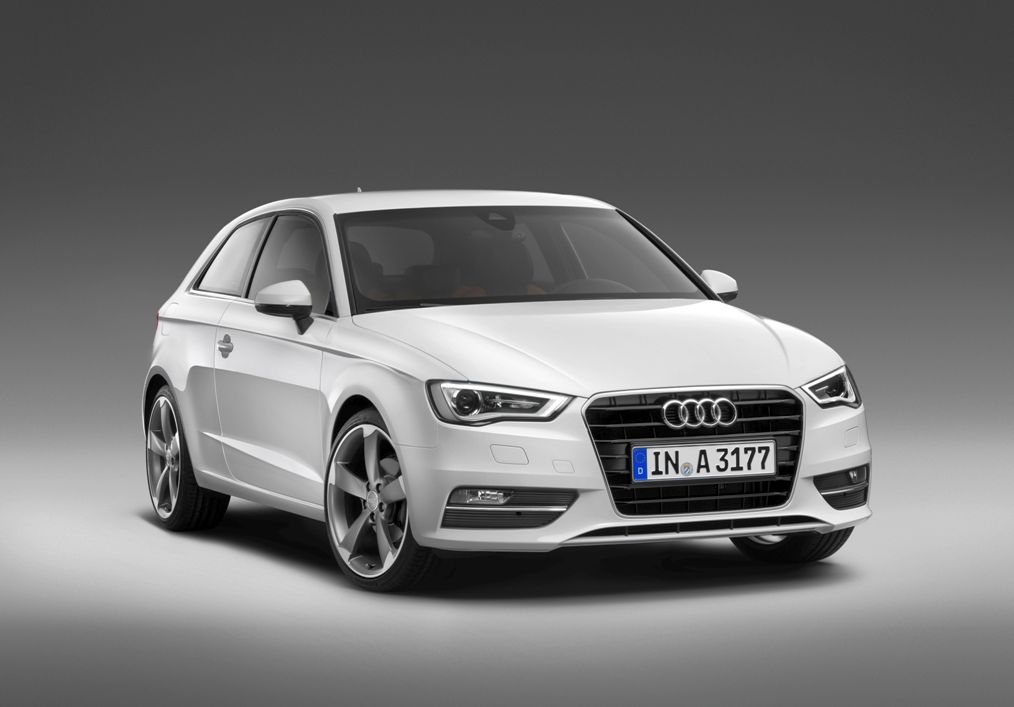 Images leaking out before their show debut has become such a common phenomenon these days, it makes one wonder whether it’s a deliberate publicity ploy. Following the footsteps of the Volvo V40 and the Hyundai i30 wagon, the Geneva bound Audi A3 has also presented itself to the world in all its glory. A Russian website has brought the hatchback variant of the car out in the open with its professionally shot images.

The sub A4 car, which is expected to be headed to Indian roads in its sedan guise makes an impression as a clean, tight and contemporary design. The face of the car, especially the shape of the headlamps and the bonnet has a keen resemblance with the 2012Audi A6. The three door hatch version of the car features a rakish shape with smart shoulder line with bold ends and a slimmer central part.  Twin exhaust pipes at the rear with a black plastic under bonnet cladding at the rear complete the go faster look. 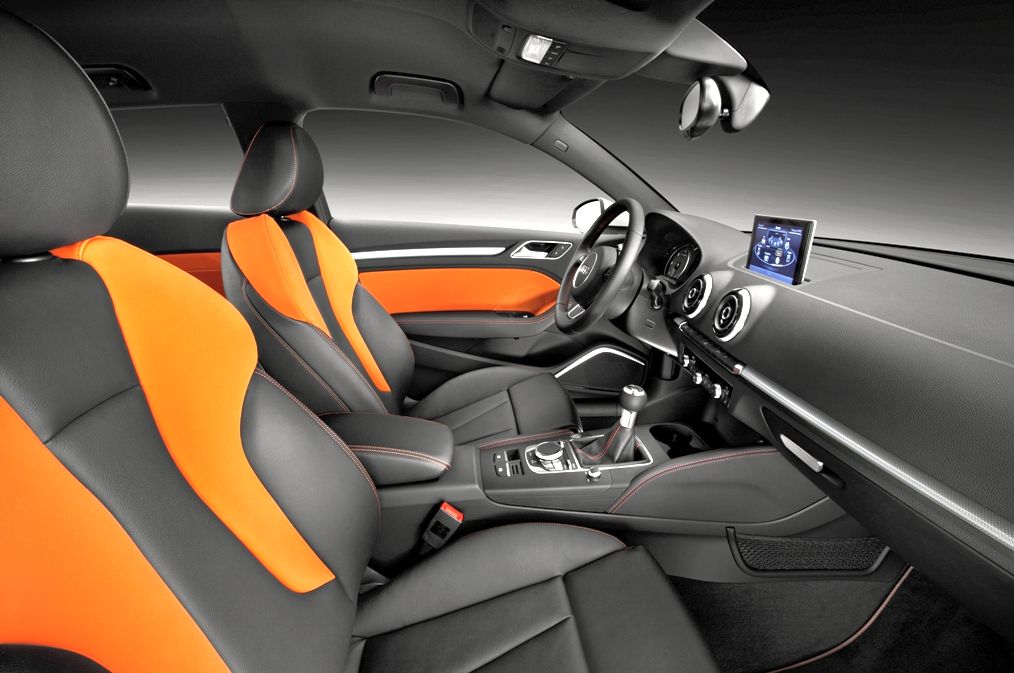 The interior of the car with a sporty black and orange two-tone finish looks like a good place to be for an enthusiastic driver. Circular central air vents, a liberal dash of chrome and a pop-out screen for the central console make the cabin even more appealing. It’s notable that the interior of the car was revealed by the Ingolstadt based company earlier in the year.

Based on VW’s MQB platform, the A3 will also spawn a 5 door hatch and a sedan version later. Powering the car will be a range of engine, the details on which have not been revealed yet. 2.0 liter petrol and diesel engines sound like a good possibility for a market like India though.

The A3, upon its arrival in India later this year will be the most inexpensive model from the German carmaker and will undercut its A4 sibling by a few lakh rupees. Expect the car to be priced in the region of Rs 20 lakh. Stay tuned for more details on the car as it makes its show debut in Geneva