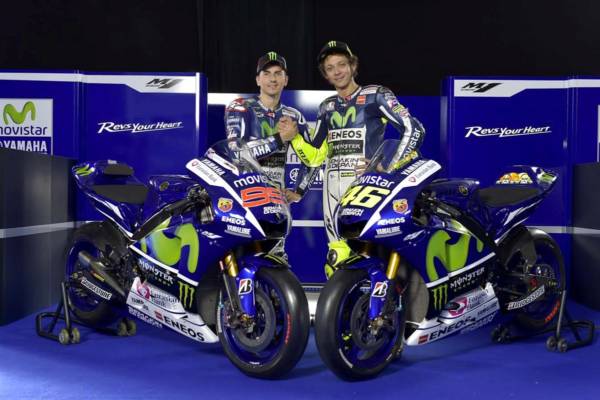 Yamaha unveiled their 2015 Yamaha YZF-M1 MotoGP bikes in the presence of team riders Valentino Rossi and Jorge Lorenzo who finished second and third in the 2014 season. Looking forward to the 2015 season Team boss Lin Jarvis said the formidable duo of Rossi-Lorenzo and the technical package have the ability to take on Marquez and Honda this year. 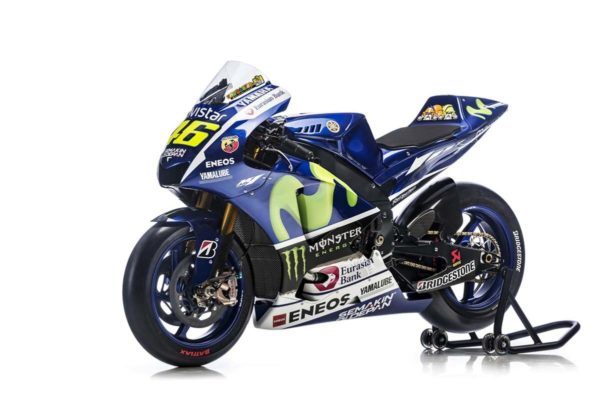 The 2015 Yamaha MotoGP machines have been treated to revised livery with technical bits revealed as follows: 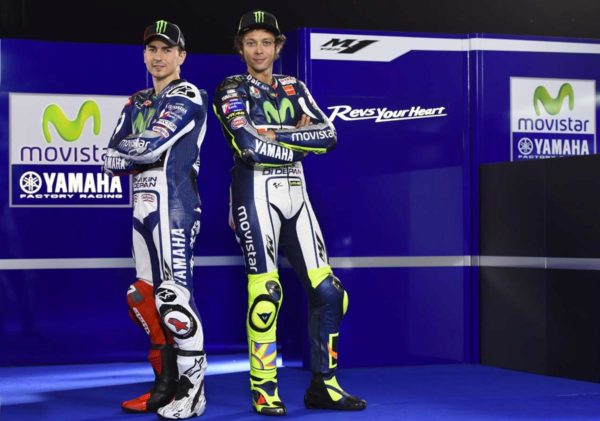 Kouichi Tsuji, group leader of Yamaha’s MotoGP programme said “We had second on the podium 10 times, and eight times the difference from the winner was two seconds after a 120km [75-mile] race. The development room with the bike is very small, but we did many things to try to find those two seconds in the races because we want a champion at the end of the season. You have to learn from your mistakes and to continue to develop and evolve. We have to get everything right. Everything has to be perfect from the first race. That’s a difficult call, but I think our riders are well prepared and our team are well organised. We’re ready to go. I think both Valentino and Jorge are in great shape physically and mentally. Last year Marquez had a phenomenal year, so we know the level of competition will be super-super-strong, but we have the riders we want. I’m totally confident they will go out there and be competitive and win many, many races.” 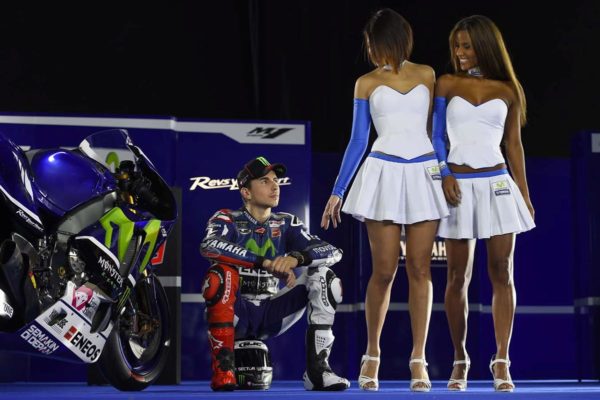 Remembering a rather disappointing 2014 season, Team Rider Jorge Lorenzo said “Maybe last year I took a little too much holiday and made a few mistakes in planning pre-competition. This year I’m not going to make this mistake and I’m going to be in better shape. I feel very good – I’m thin, just like when I was 20. There’s no way to measure one’s physical capacity, but you get certain feelings and I’ve never trained so hard or for so many hours. Everything was very well planned. I’m working on those weak points from last year.”

The 2015 MotoGP Race Calendar starts on 29th March with the opening race at the Grand Prix of Qatar. 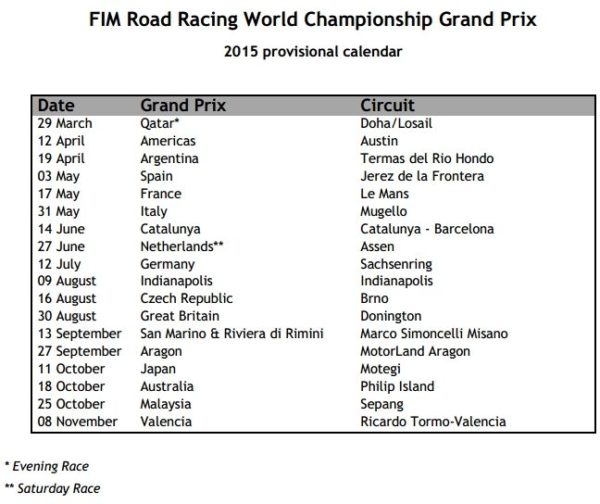