Home Mahindra Is This The Updated Mahindra Thar ?

The Mahindra Thar has been here for quite a time now and the only upgrade it got was a HVAC at a later stage. According to reports floating on the cyberspace, Mahindra is planning to launch the updated model soon and here on this page we have some of the images of the updated Thar which has apparently already reached some dealerships. 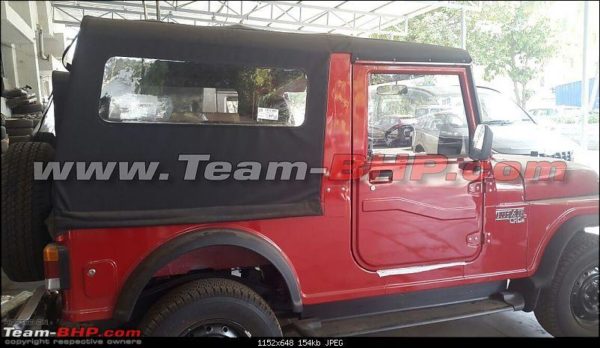 Compared to the outgoing model, the updated Thar has been equipped with a slightly redesigned soft top which comes with transparent plastic windows on both sides. The side step, as can be seen in the image, has been now finished in black. On the interior front, Mahindra hasn’t tinkered much and has added silver inserts on the centre console. Other changes include a more efficient and updated HVAC system. 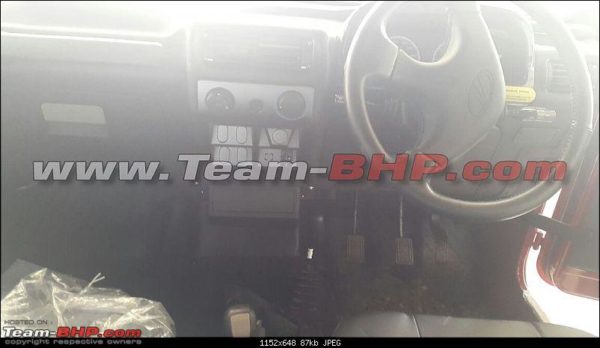 With this update, Mahindra may also slightly bump up the prices for the 2015 Thar which will continue to be powered by the same engines- 2.5 liter CRDe mill churning out 105 BHP and 247 Nm of twisting force and the entry level 2.5 liter DI motor which churns out 63 BHP and 195 Nm of torque. Stay tuned to Motoroids for more dope on the updated Mahindra Thar launch and other details. 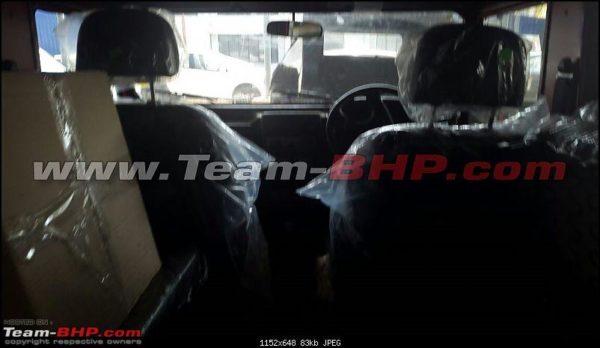