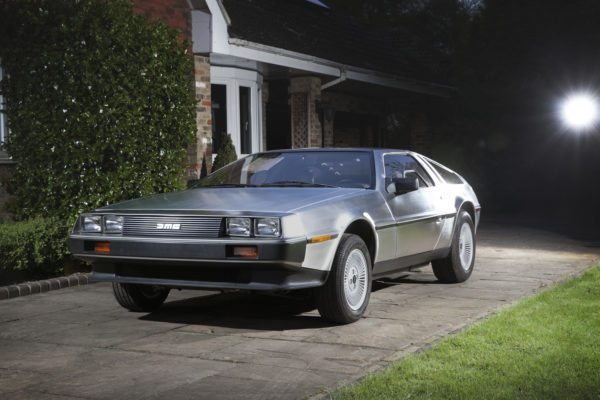 An ultra-rare DeLorean comes to auction on June 6th at Brooklands in Surrey, unregistered and with just 24 delivery miles on the clock since it was manufactured 34 years ago. As most of you would know, the DeLorean was immortalised in the 1985 feature film, Back to the Future.

Unlike the time machine film car, which sprouted all manner of pipes and paraphernalia for its starring role, the blockbuster appeal of this DeLorean is that it‘s completely original, exactly as it left the Belfast assembly line in 1981.

Historics at Brooklands – who are auctioning the car on Saturday, June 6th – were stunned to discover the astonishing lack of mileage on the car and its immaculate condition, when consigning it to the auction. 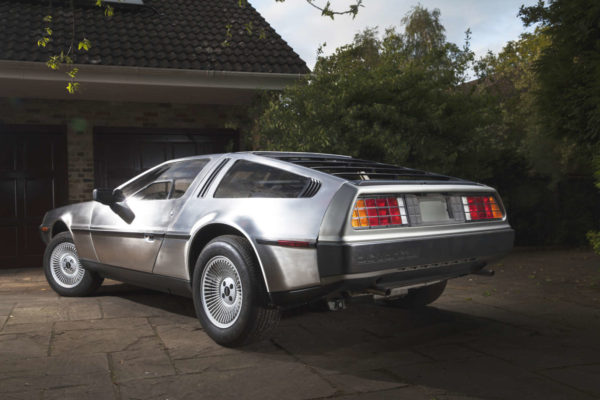 A spokesperson said: “It’s a time-warp car. Despite being manufactured 34 years ago, it has spent all but a few weeks of its life cocooned in dry storage, and is effectively a brand new, unused car.”

This was the last DeLorean DMC-12 car to leave the factory in 1981 and was shipped to a DeLorean dealer in Newark, New Jersey, USA where it stayed locked away until the present owner purchased it November 2000. It was then shipped to the UK and immediately returned to its slumbers, remaining in storage for the following 15 years until being dusted down in preparation for the Historics auction on June 6th. 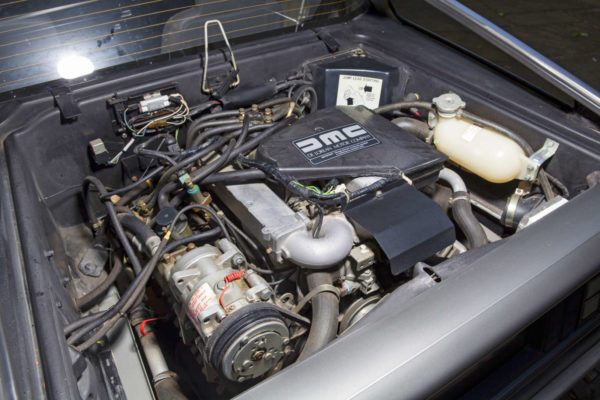 It comes complete with the original battery and tyres, and has had no modifications beyond a regular change of fluids, with the tyres maintained at factory pressures. It is supplied with the certificate of origin, shipping invoice, the customs form to enable UK registration and the unused owners manual.

Without doubt the DeLorean DMC-12 is an iconic car of the 1980s. About 9,000 models were produced, after founder John DeLorean and his company went into bankruptcy in late 1982.  Styled by Italian designer Giugiaro, with engineering input from the founder of Lotus, Colin Chapman, the innovative, gull-winged supercar of the day is clothed exclusively in unpainted, brushed stainless steel – as were all models produced – and powered by a Renault V6 2.8 litre engine at the rear. 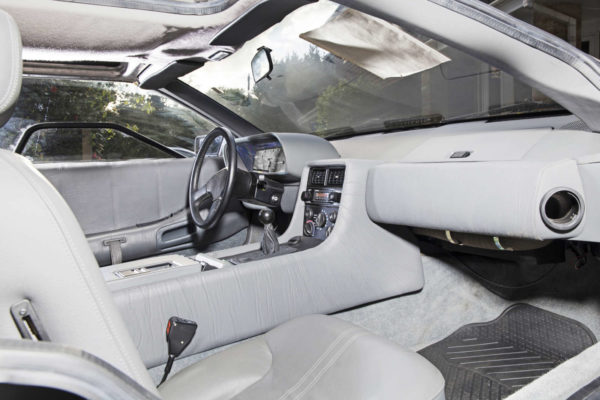 Strong bidding is anticipated at an attractive estimate of £34,000-£39,000, for what is almost certainly the only remaining DeLorean in the world that’s unregistered and with delivery mileage.

The DeLorean will go under the hammer at Historics at Brooklands largest-ever auction, on Saturday June 6th at Brooklands Museum. Viewing is on Thursday 4th and Friday 5th June.