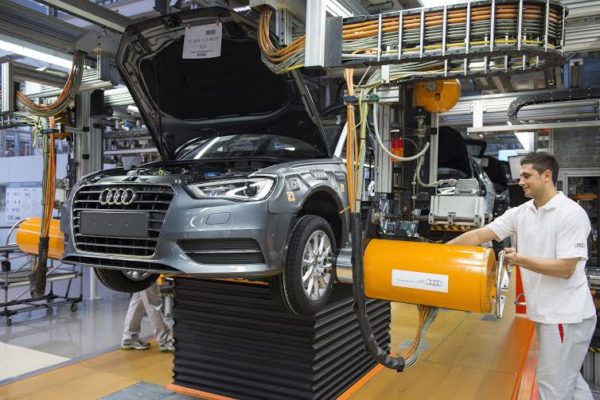 With more than 591,000 cars delivered in the first four months of this year, Audi is well on the way to surpassing its record unit sales of 1.74 million automobiles in 2014.

Audi also confirmed the addition of new models. In addition to the new Audi Q7, the new Audi A4 will be launched in the second half of 2015. By 2020, 60 different models are to be offered, including three additional members of the Q family. The Audi Q1, the Audi Q8 and a sporty SUV with electric drive in the upper-mid segment are in the pipeline.

With a record investment program of €24 billion until 2019, the company is also creating jobs. Worldwide, approximately 6,000 new employees are to be taken on board in 2015, 4,000 of them in Ingolstadt and Neckarsulm.

At the 126th Annual General Meeting of AUDI AG in Neckarsulm on Friday, the Board of Management explained the results of the 2014 financial year and informed the shareholders about the company’s current development. Audi CEO Rupert Stadler stated his goal for 2015: “We intend to continue growing this year – faster than the world market and in all regions. Our brand aims to set new records.”

Meanwhile, the Audi Group employs more than 80,000 people; the workforce grew by 5,732 employees in 2014. In order to strengthen its strategic growth path, Audi will create additional jobs also in 2015. In Germany alone, the brand with the Four Rings plans to recruit 4,000 new employees; worldwide, more than 6,000 new employees are set to be on board.