UM Lohia Two Wheelers opened its first dealership in the state of Punjab, located in its capital, Chandigarh. Known as UM Royal Punjab, the dealership is located at Jindal Agencies, Plot No 5, Industrial Area, Phase1, and was inaugurated by Rajeev Mishra, CEO – UM Lohia Two Wheelers, in the presence of Shubham Garg Director,UM Royal Punjab. The dealership is spread over a total of 2200 sq. ft; which includes an area of 1500 sq. ft for sales and service support. Customers will have access to the entire range of UM merchandise and accessories as well. The company further shared that the recently announced 24×7 Roadside Assistance Programme (RSA) will also be available for all customers of the city. 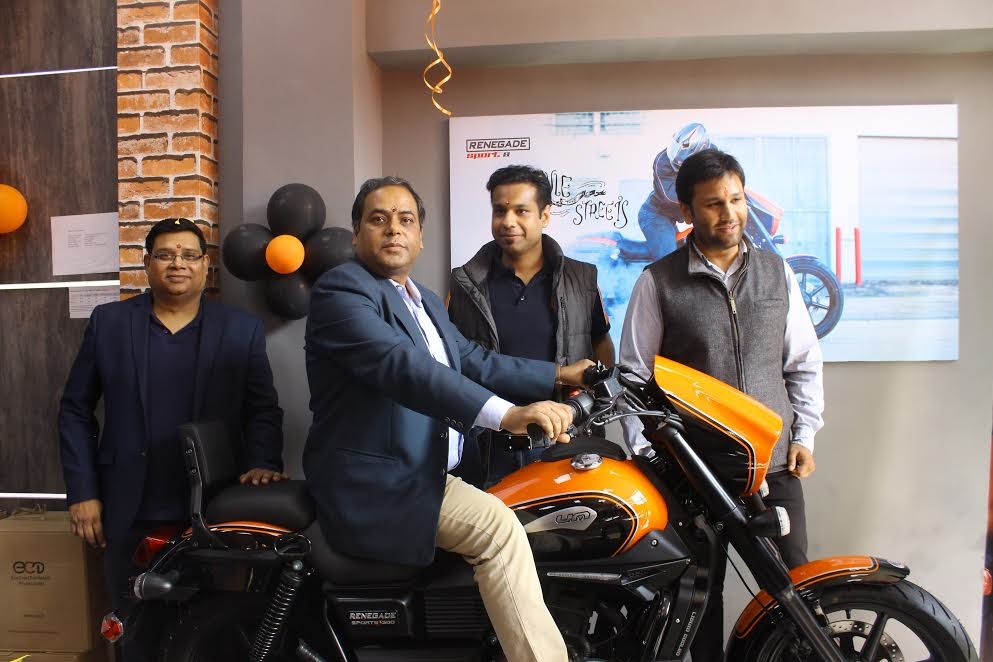 The Renegade Commando is powered by a 280 cc engine that delivers a power of 25 BHP at 8,500 rpm and 21.8 Nm of torque at 7,000 rpm. The engine is mated to a six-speed gearbox, and offers a ground clearance of 200 mm, along with offering an inbuilt USB port as a standard feature. Both the Renegade Commando and the Sports S come with front disc brakes, along with hydraulic telescopic suspensions in front and spring suspensions at the rear.

A feature called Service Alert Maintenance comes as a standard fitment in both the Renegade Commando and Renegade Sports S, giving customers a heads-up on the service update. The Sport S comes with LED lights as a standard feature which aids in rider visibility during night rides. Both the models have an 18 litre fuel tank and bear a kerb weight of 172 Kg. The Renegade Sports S is available at INR 1,61,835 (ex-showroom, Chandigarh), while the Renegade Commando is available at 1,68,176 (ex-showroom Chandigarh). 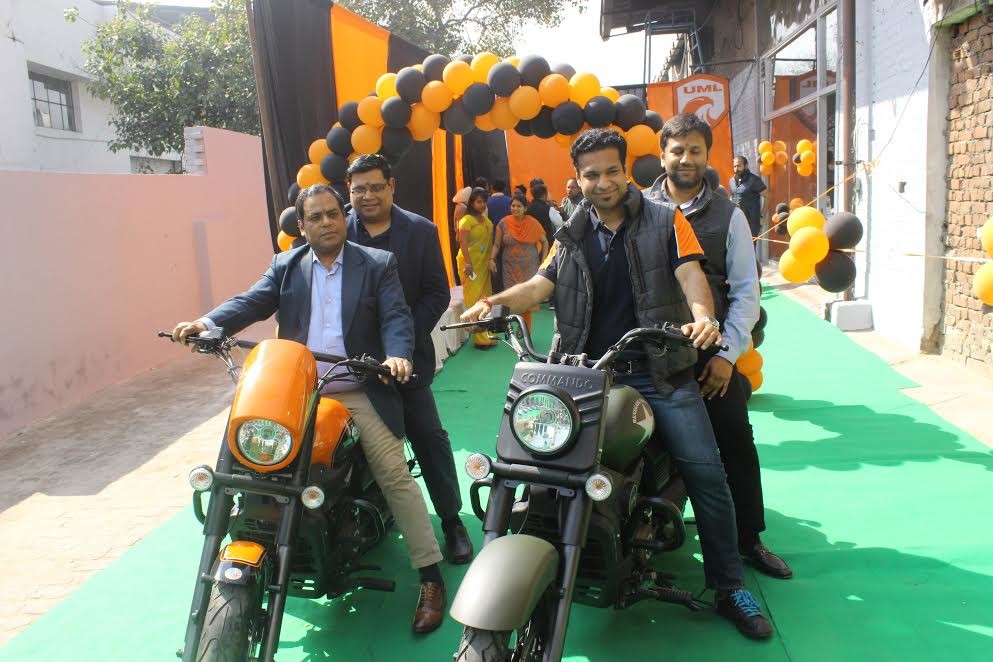 Speaking at the launch, Rajeev Mishra, CEO – UM Lohia Two Wheelers, said that Chandigarh as they all know is India’s best planned city which boasts of well maintained, beautiful roads. Additionally its close proximity to the mountains makes the city an ideal playground for motor heads and nomads alike. Moreover Chandigarh is known for its automobile culture, and they are confident of getting an excellent response from this city. They have been working very hard to create motorcycles that engage with the rider and offer a balance between ergonomics and performance. They are hoping this dynamism is something even the customers feel.

Elaborating further, Shubham Garg , Director, UM Royal Punjab,  said, “It’s indeed an honour for us to be a partner with UM Motorcycles. Chandigarh has a rich motorcycling culture and after riding the Renegade siblings, I am sure that all bikers who prefer cruisers will opt for our products without a single doubt.  As representatives of UM Motorcycles we shall ensure all customers are given the complete motorcycling experience that UM is known for. Our investment in the showroom and workshop has already been rewarded by confirming orders which we have received prior to the inauguration”.