The upcoming next gen 2015 Ford Ka/Figo has been regular with making it to news section of Motoroids. We have already reported several times of the sightings of the test mules of 2015 Ka testing in Brazil. This time, not one but two test mules of the next gen Ka/Figo have been spotted testing together in Brazil. Brazil is likely become the first market to get the potential Ford Figo replacement, which would enter production in March 2014.

Rumours suggest that the next generation Ford Ka would be a Ford Global One car and the upcoming hatchback from the American car giant, which has been code-named as the B562, would come to us as the next gen Figo. The car would sport Ford’s new design language and this means that the car, in all probability, would come with a front grill that would invoke memories of Aston Martin and would make the car look decidedly sporty and classy on the same time. The spy pics suggest that the car could be similar to the new 2014 Hyundai i10 in dimensions. 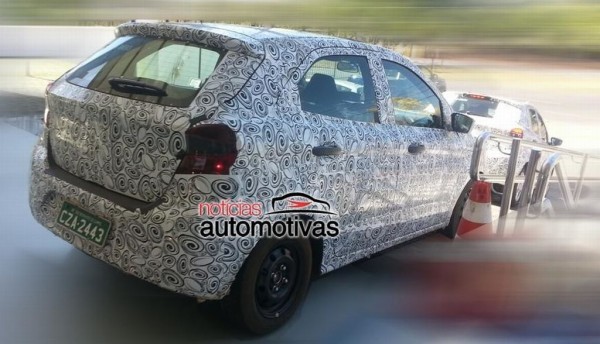 One of the engines that would power the next gen 2015 Ford Ka/Figo would be an EcoSport petrol motor, along with top of the line variants getting features such as Start/Stop button, PowerShift, et al. 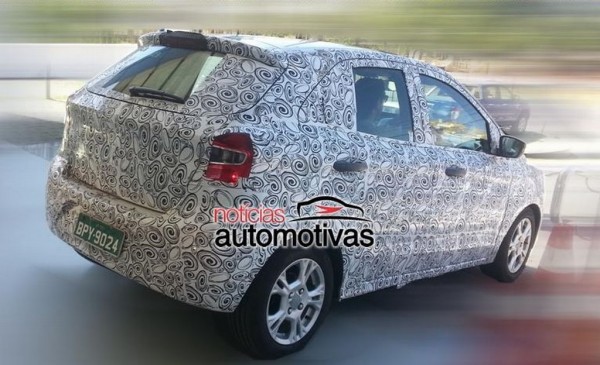 It is also being said that like most super minis out there, the next generation Ford Ka/Figo would spawn a small sedan that would replace the older generations of Fiesta in many markets such as that of India. This would not just give Ford an entry into the fast emerging compact sedan market, but would also allow it to eat into the sales of highly popular Hyundai HB20S and Chevrolet Prisma in Brazil and Maruti Suzuki Swift Dzire and Honda Amaze in India. 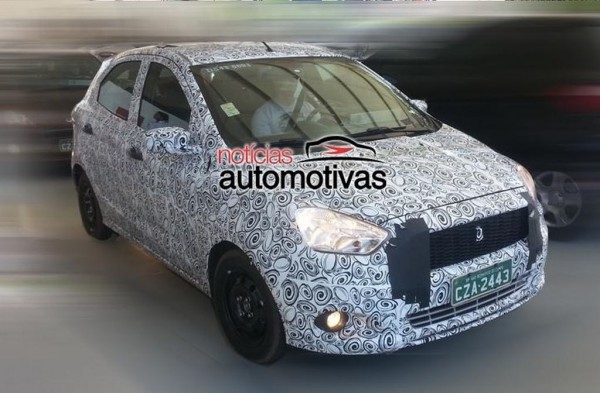