Home Ford Ford EcoSport to get more Features in Brazil 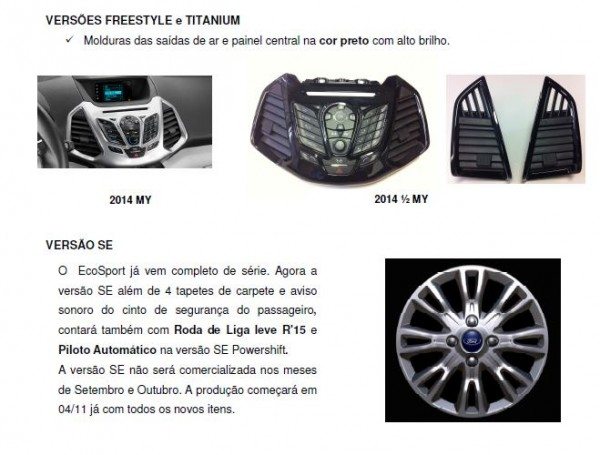 While the Ford EcoSport Titanium variant recently lost some features in Indian car market, the Brazil spec EcoSport’s Freestyle and Titanium variants are looking slated to receive a set of some minor updates in near future. 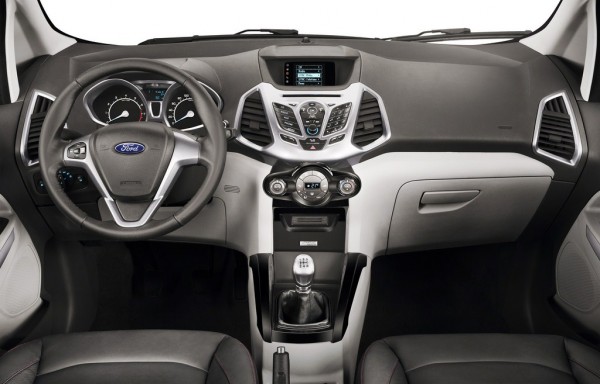 As part of this minor update, the car would receive an all-black air conditioner grille and central panel that would replace the current model’s faux-silver inserts. The SE Powershift variant will also benefit from Cruise Control and a set of new 15-inch alloy wheels. Thanks to these updates, the Brazil spec car will become all the more similar to the European model.

Mechanically, the car is expected to remain exactly similar to the current model. This means that the EcoSport would continue to sell in Brazil in a total of 10 trim levels and two engine variants. In Brazil, the EcoSport is being sold with 1.6-liter and 2.0-liter motors that could be ordered with any of the following three transmission options- a 5-speed manual, a 6-speed manual or 6-speed automatic gearbox. In Brazil, the EcoSport is available in both front wheel drive and four wheel drive configuration.

The production of the updated Brazil spec Ford EcoSport is slated to commence in November this year at the car manufacturer’s Bahia production facility. It remains to be seen if the addition of some features would result into a slight increase in the price of Brazil spec EcoSport. Stay tuned to Motoroids for more updates.