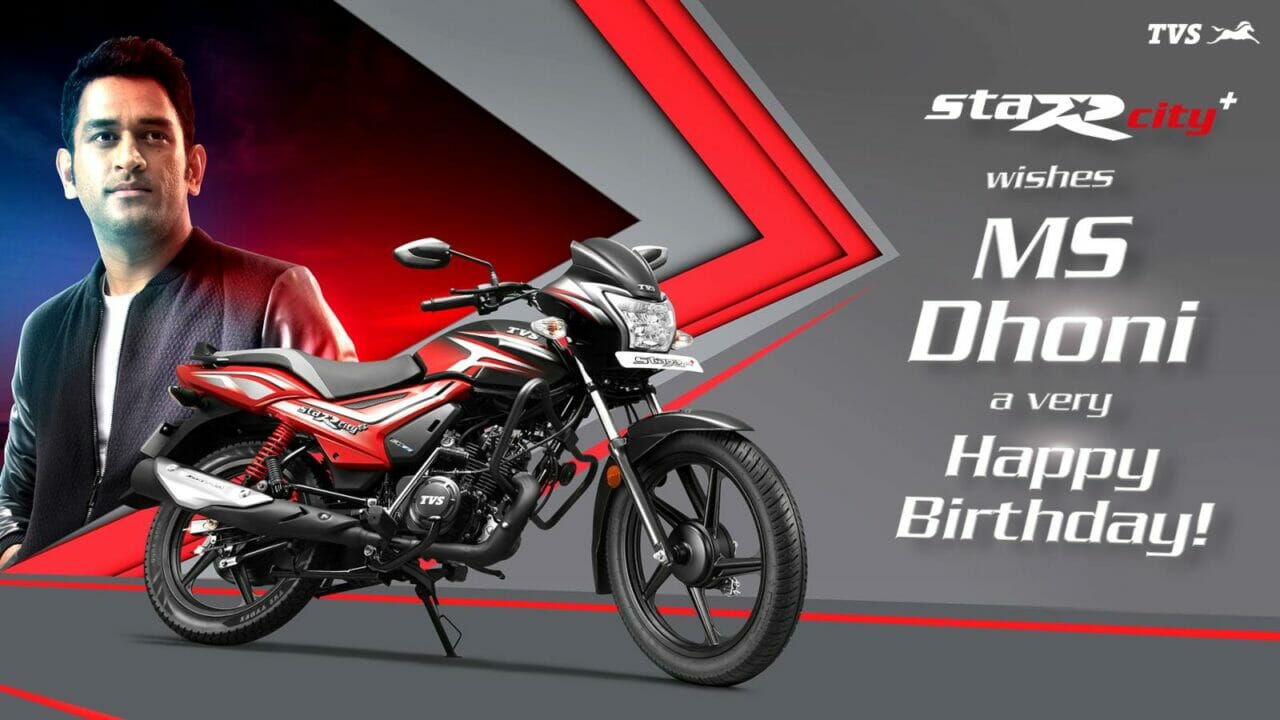 It won’t be wrong if we say that MS Dhoni, also known as ‘captain cool’, has immortalized the number ‘7’ for Indian cricket fans. To commemorate the iconic legend’s 39th birthday, TVS has cherished their 15 years of togetherness by taking a stroll down the memory lane. TVS Star City+ has been associated with the iconic captain cool – MS Dhoni since 2006. The brand has created a birthday wish with snippets from Dhoni’s ad films with StaR city+ over the last 15 years. You can catch a glimpse of this epic journey on Youtube.

The motorcycle brand has also rolled out Dhoni ki #StarWaaliBaat – A social media contest to identify the 15 biggest fans of MS Dhoni and reward them with MSD memorabilia. Participants will undertake a series of 7 tasks which would be rolled out during the course of the day on the official Facebook page of Star city+. The tasks range from unique wishes for MSD to answering trivia about the man himself and his journey with the motorcycle. The contests go live from 12 noon on 07, July 2020 (i.e. today) and end at midnight. 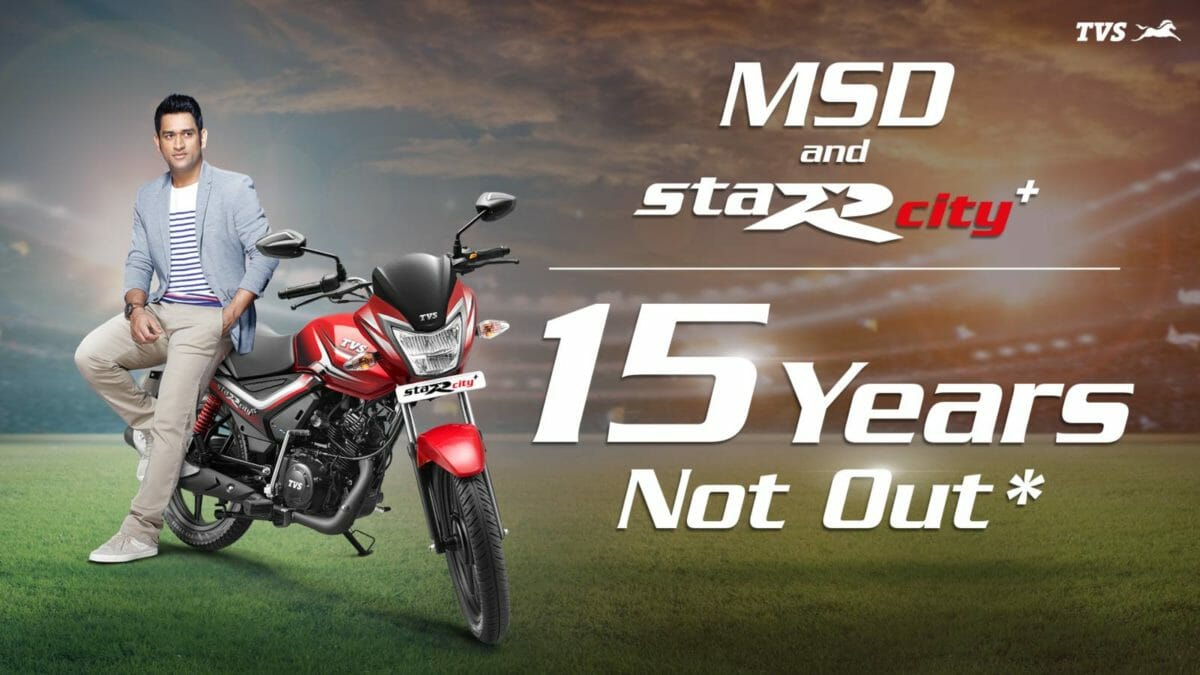 The other side of MS Dhoni

To automobile enthusiasts, MS Dhoni is more than just a cricketer. Over the years, we have come to know that he is an auto-buff too and owns different vehicles catering to different segments. From restoring legendary two-stroke Yamahas to owning a Kawasaki Ninja H2, MS Dhoni has made sure that he remains an absolute favourite amongst automobile enthusiasts. The celebrated cricket icon is also known for his love for SUVs. The reason why he owns the likes of Audi Q7, Mahindra Scorpio, Mitsubishi Pajero and not to forget, the Hummer. 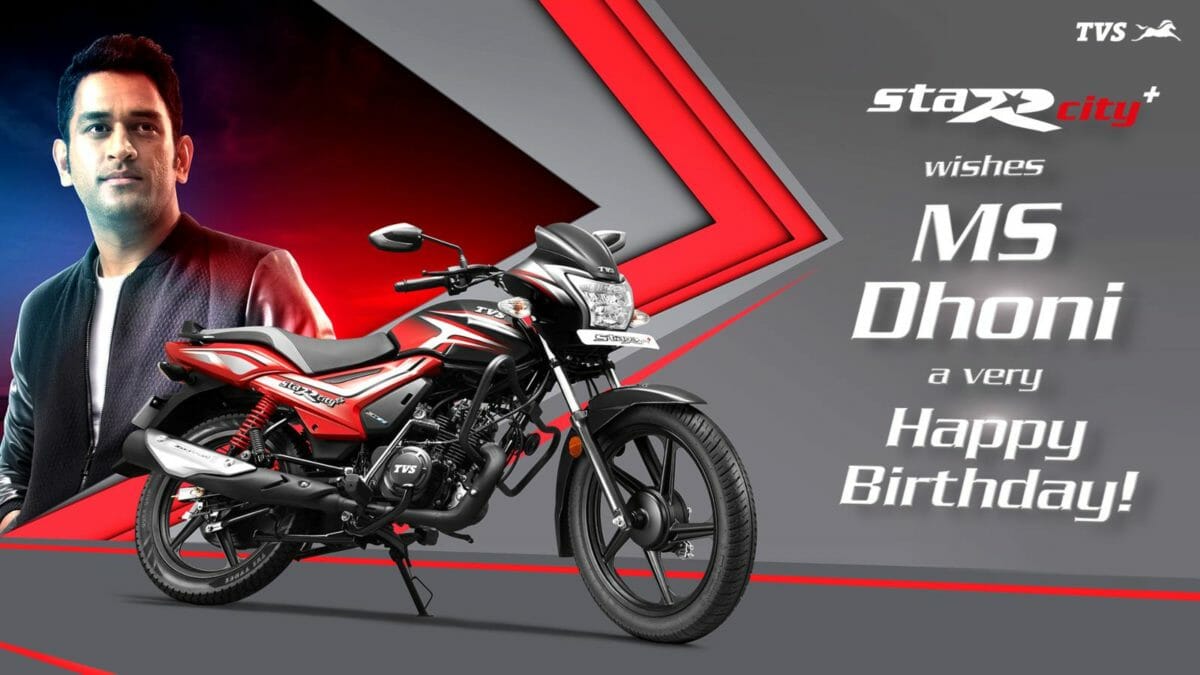 He is also renowned for his love for blisteringly fast sports bikes and the motorcycles which have a certain vintage flair associated with them, manage to find a place in his garage. The reason why he owns a Yamaha Thundercat too. There was one time when most of us had no idea about the Confederate Hellcat until MS Dhoni was witnessed riding one. It is only fair that the automotive industry acknowledges his love and passion for everything on wheels and the TVS campaign does just that.

The video pays a fitting tribute to the legacy MS Dhoni has built for himself and also goes on to showcase his partnership with TVS Star City+. Like we mentioned earlier, he has been associated with the brand since 2006 and has witnessed the evolution of himself, as well as the brand. In 2011, TVS also rolled out a Mahendra Singh Dhoni Signature edition of the Star City. The limited-edition bike was launched to increase sales during this festive season. The Star City got Mahendra Singh Dhoni’s signature on it and had some cosmetic changes to the design. TVS also increased the choice of paint colours that were available on the limited edition Star City. For the past 15 years, MS Dhoni has been the brand ambassador of TVS Star City.