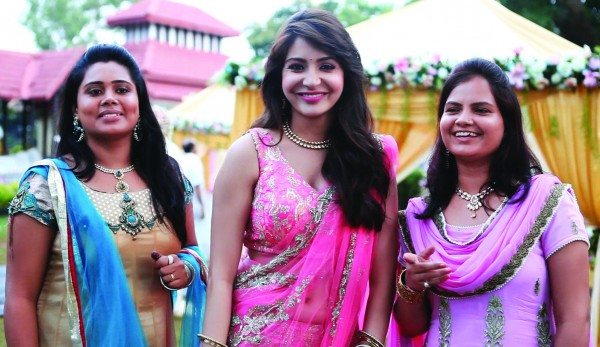 A new television commercial featuring Anushka Sharma and her two co-stars: winners of TVS Scooty’s ‘Test Ride to Stardom’ contest will soon go on air. Noida based Aishwarya Yadav, along with Neha Soni from Kharia in Orissa were chosen to co-star in the upcoming advertisement of TVS Scooty along with film star and brand ambassador of TVS Scooty, Anushkha Sharma after being voted as the top two in TVS Scooty’s ‘Test Ride to Stardom’ contest that was launched during the Diwali festive season last year. The contest which was conducted online witnessed a large number of entrants from across the country. Seven finalists were shortlisted from close to one thousand entries. Each of the contestants was given a ten day timeframe to campaign for the most number of ‘likes’ on the TVS Scooty’s facebook page, www.facebook.com/scootygals

Commenting on the development, Aishwarya Yadav said, “I could not believe it, when the results were announced and I am extremely happy to get this opportunity to co-star with someone like Anushka Sharma, who has been a major inspiration to many young girls like myself.”

“It does not matter whether one is from a big town or a small town; educational or family background plays a minimal role. What changes the game is the ambition to dream and dream big. TVS Scooty provided this platform for us to leverage as a stepping stone in the world of glitz and glamour” Neha Soni exclaimed.

The new television commercial of TVS Scooty, featuring the winners along with Anushka Sharma will be aired from October 2013.