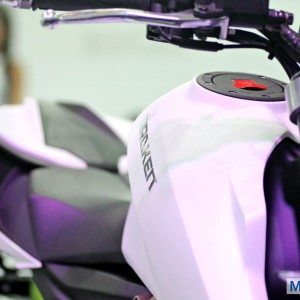 Minutes ago, we reported that the first ever TVS BMW Bike launch date will fall in the later half of this year. This revelation of sorts comes from Economic Times, a reputed news daily that goes on to quote TVS President & CEO K N Radhakrishnan as saying that TVS -BMW collaboration’s first product will be launched in the second half of this year. ( You can find a snapshot of the ET’s website below). CLICK HERE to read more about this TVS BMW alliance Now, right when we started dreaming about having a chance to own a TVS-BMW product as soon as around festive season this year, another report, from another popular news daily, TOI, has quoted TVS Motor Company chairman Venu Srinivasan as saying that the first TVS BMW Bike launch date would fall in later half of 2015. “I know we have been silent on the TVS (Motor Company) and BMW since we had the tie-up. (the first product) It is going to be ready by the second half of next calendar year. All the work is under progress,” TVS Motor Company chairman Venu Srinivasan told reporters.

Quite obviously, one of the two sources are incorrect and the very fact that it was earlier being said that the TVS BMW Bike launch would take place in late 2015 makes us believe that the good chaps at Economic Times have faltered this time around.

It may be noted that enough has already been speculated about the upcoming TVS BMW bike. Last month, it emerged that this highly awaited TVS BMW bike would be a streetbike powered by a single cylinder 300cc engine that would benefit from fuel injection and liquid cooling.  CLICK HERE to read this report

We have already started digging out further details on this recent development and safely expect us to update you with more info as soon as we get hands on it.