Yes, we do know some of you are eagerly awaiting the arrival of the Apache RR310S. No, we do not have an official confirmation from TVS Motors as yet, but a few reports suggest that the launch is not far away. A new report suggests that TVS will launch finally launch the Apache RR310S before the calendar year 2017 comes to an end. 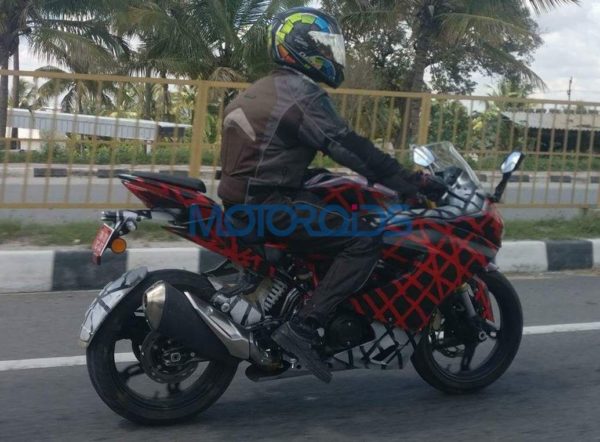 Meanwhile, the Hosur based two wheeler manufacturer continues testing the upcoming model on public roads. Motoroids reader Shayne Pinto has managed to capture a few spy shots of a matte black coloured Apache RR310S during a road test somewhere down in the south of India. The model, as seen in the previous spy images, seems to be a production ready unit wearing red camouflage.

Based on the BMW G310R, the Apache RR310S or the Akula as it was known during the concept stage, will share a few parts with the entry level Beemer such as the engine, frame, controls, wheels, brakes and forks. Another spy image revealed the digital instrument cluster of the faired motorcycle that displays a speedometer, odometer, vertically aligned tachometer fuel gauge, engine temperature, side stand indicator, gear position indicator, all back lit with LED power. 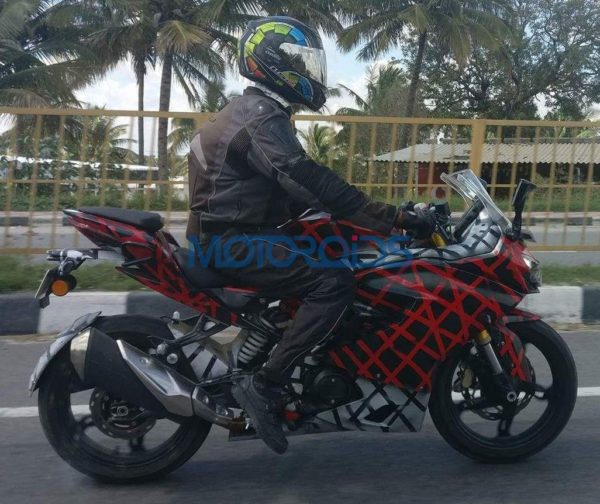 The TVS Apache RR310S will be powered by a 310cc single cylinder liquid cooled engine based on the BMW G310R’s motor that produces 34 bhp and 28 Nm of torque. Suspension duties will be taken care of by USD forks at the front and a monoshock unit at the rear. A few other highlights include dual projector headlamps, split seat setup, five spoke alloy wheels wrapped in Michelin Pilot Street radials and LED powered tail light, pilot lamps and turn indicators. ABS is likely to be available on the model as an optional feature.