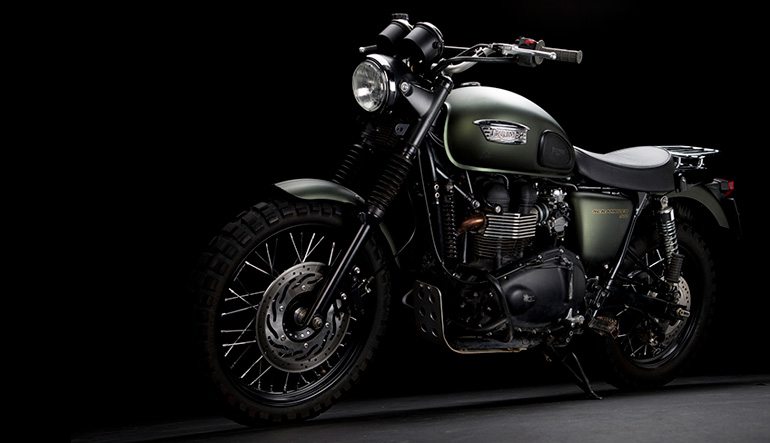 The bespoke bike, featured racing alongside Raptors in the film will be sold by eBay to the highest bidder, with the proceeds going to Triumph’s nominated fundraising partner, The Distinguished Gentleman’s Ride.

Three Scramblers were customised for the film. One was presented to Chris Pratt as a gift after filming, the second is displayed at Triumph’s headquarters in the UK and a third is up for auction. 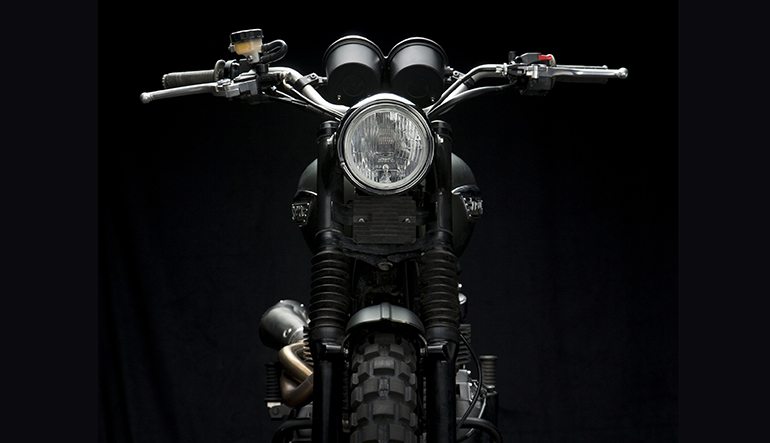 The Scrambler is based on the brand’s Bonneville model, combining classic off-road influences with the Hinckley firm’s signature twin cylinder, 865cc engine.

The auction will go live on eBay at 7pm GMT on Thursday 23rd July and will be live for ten days only. A certificate of authenticity will be included in the purchase.

Money raised by the auction will go to The Distinguished Gentleman’s Ride, an annual motorcycle event that takes place in cities around the world on the last Sunday in September.

Celebrating dapper style, classic motorcycles and the fun of riding with friends, the event is held to raise funds to help research into beating prostate cancer.

Now in its fourth year, The Distinguished Gentleman’s Ride has raised $2million for global medical research and this year hopes to raise over $3.M through events in over 80 countries around the world.