Triumph gave a whole new dimension to the middleweight ADV-tourer segment when they first launched the Tiger 800 range in India. Available across a number of off-road and road-biased variants, it became the go-to choice for motorcyclists who were looking for a serious touring machine that feels at home off the tarmac too. Recently, Triumph made the recipe even better with the Tiger 900 range. And now, after much anticipation, Triumph has launched the Tiger 900 range in India which comprises of three variants: the road-biased Tiger 900 GT, the off-road spec Tiger 900 Rally and the top-of-the-line Tiger 900 Rally Pro.

The GT serves as the range starter and is priced at INR 13.70 Lakh and then, there are the off-road spec Tiger 900 Rally twins. The Rally variant is priced at INR 14.35 Lakh while the Rally Pro variant has been positioned at Rs 15.50 lakh. The Tiger 900 will be brought to India through the CKD route, just like the Street Triple RS which was launched some time back. 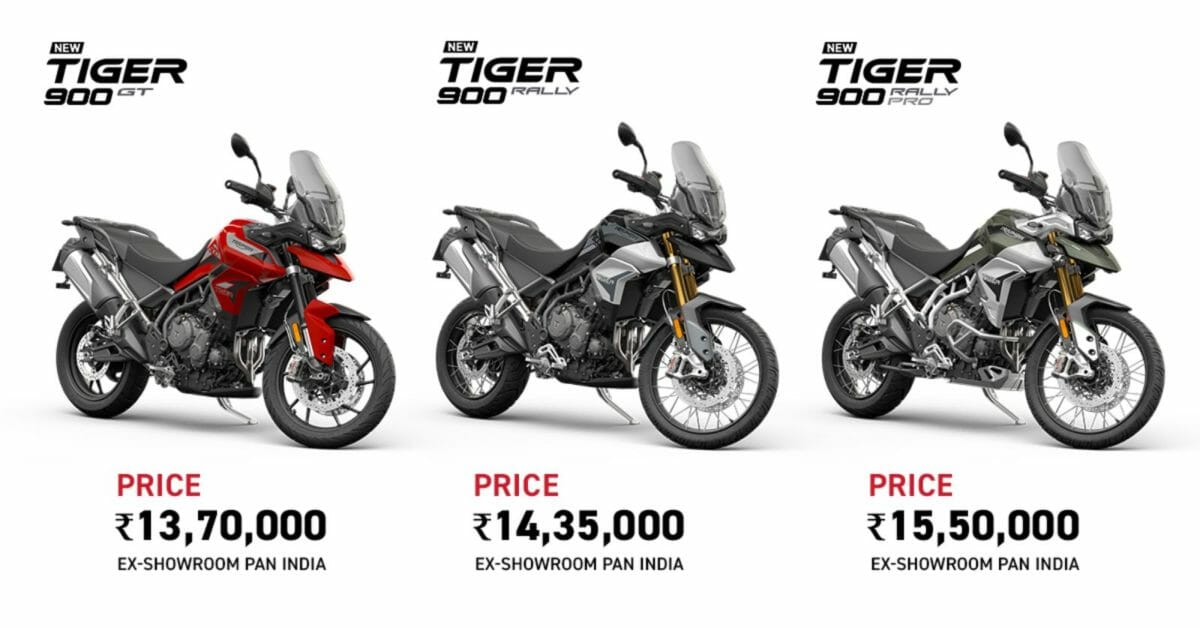 At first, it was being assumed that Triumph will only bring the Tiger 900 Rally Pro variant followed by the mid-range and entry-level variants – something that we witnessed with the launch of the new Street Triple RS. When it comes to overall looks, it still retains the same silhouette of the Tiger 800 but that is where the similarities end. The new Tiger 900 looks more ripped than the Tiger 800. Ripped, not bulky. It is leaner and sharper than before and the updated headlamps might remind you of the Honda Africa Twin which is considered to be the arch-rival of the Tiger. 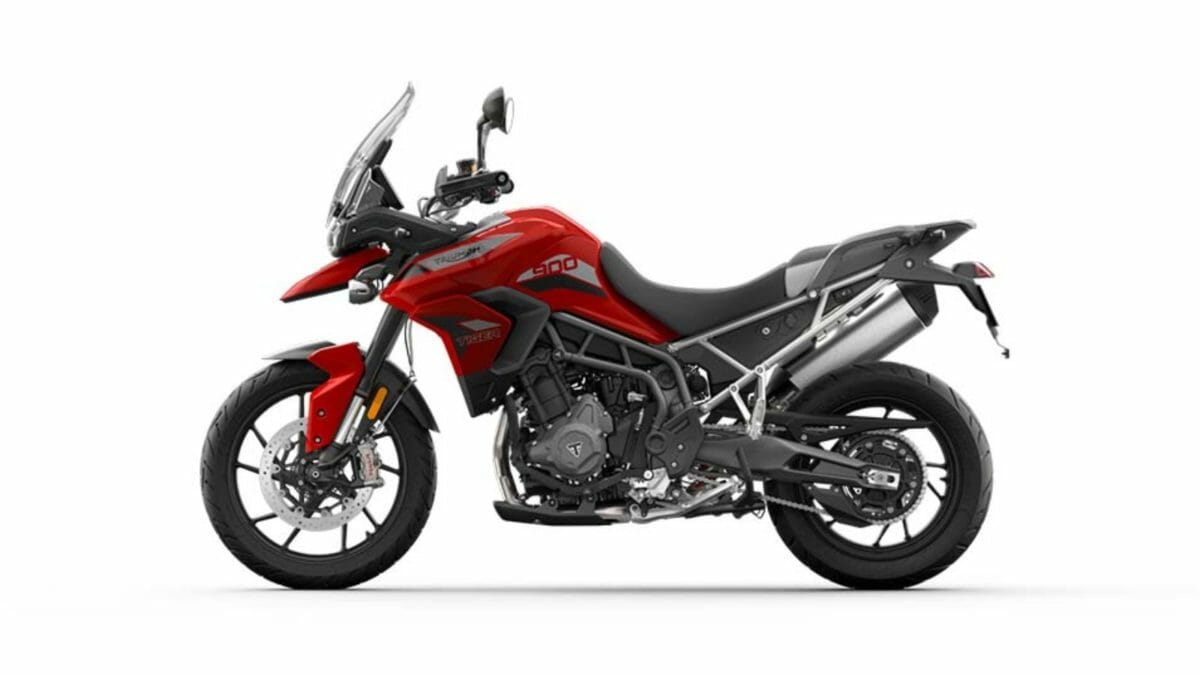 The Triumph 900 range is powered by a new 888cc 12-valve, liquid-cooled, in-line, 3-cylinder engine that makes a peak power of 95.2PS and a peak torque of 87Nm. Triumph claims that the power output is 9 percent more than the previous generation in the mid-range, while the torque output is 10 percent more than the previous generation. The new engine employs a new crankshaft that improves character and sound, a new balancer to manage the new firing order, and a new set of camshafts, pistons and con-rods. 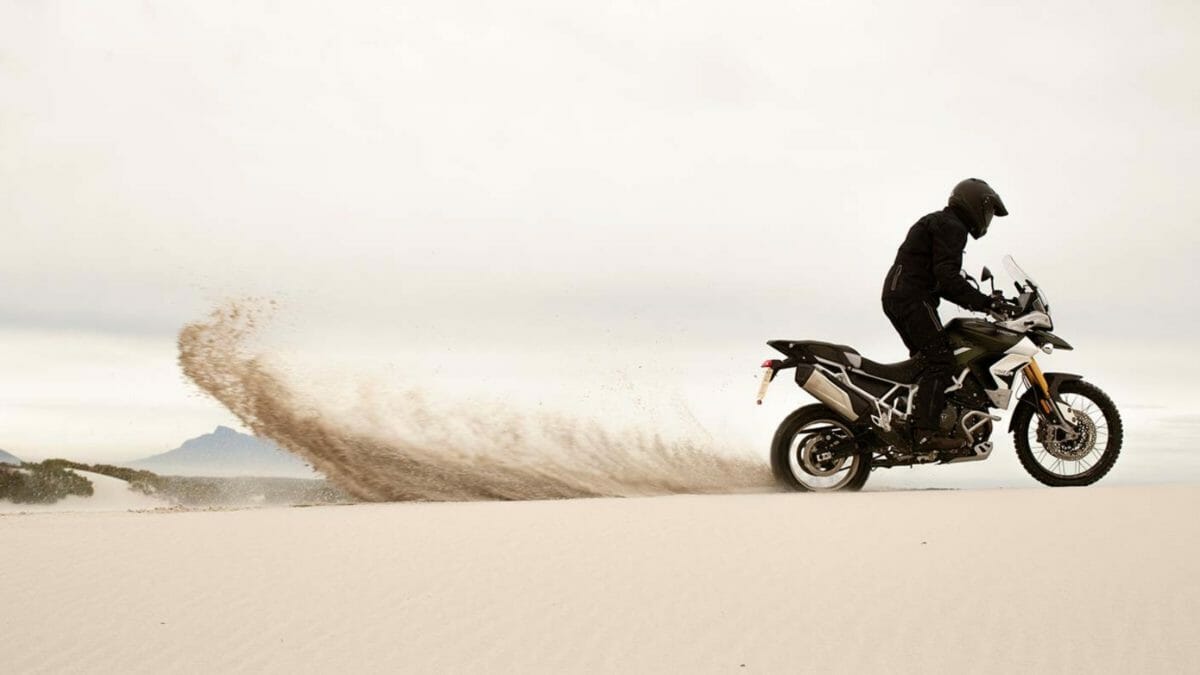 The highlight of the new design of the Tiger 900’s chassis is the lightweight construction. The new model is 5kg lighter than the previous one, which has been achieved with a new lightweight modular chassis consisting of a steel trellis frame with a bolt-on aluminium rear subframe and bolt-on hangers. Triumph has also upgraded the cycle parts on the Tiger 900 to make it more competitive. 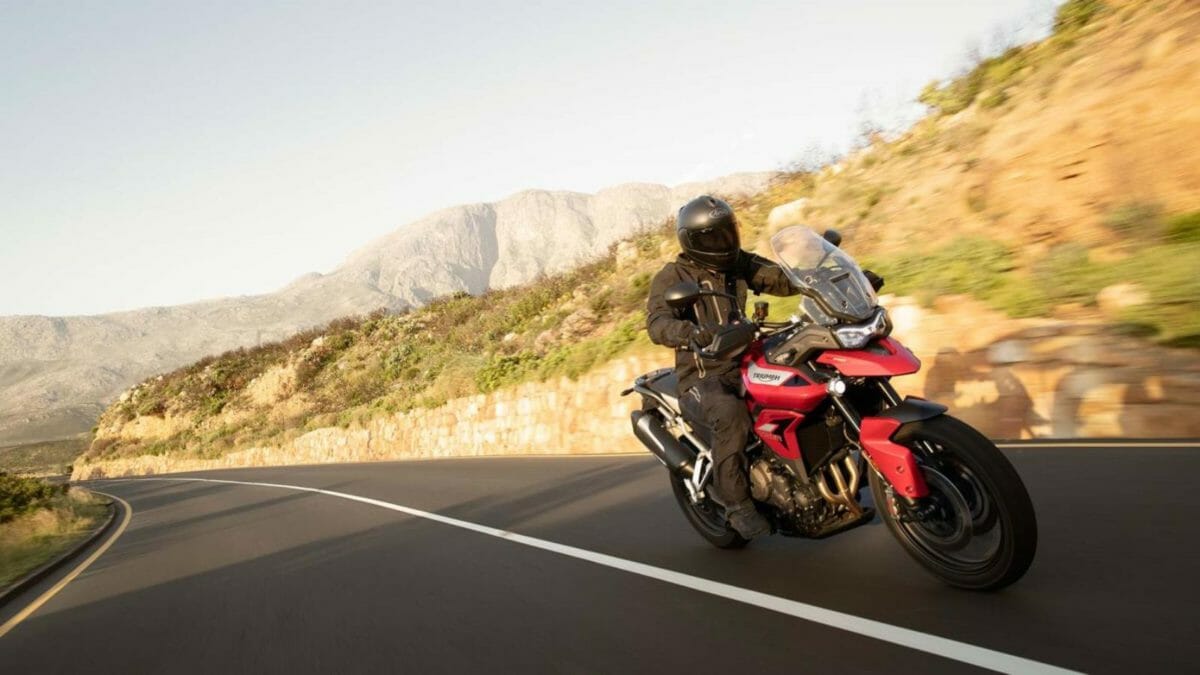 The Rally Pro features fully-adjustable suspension (by Showa) with longer travel at both ends. It also gets tubeless wire-spoke rims that were missing on the Tiger 800 XC line. The brakes too have been upgraded to larger, 320mm discs and new Brembo Stylema calipers. 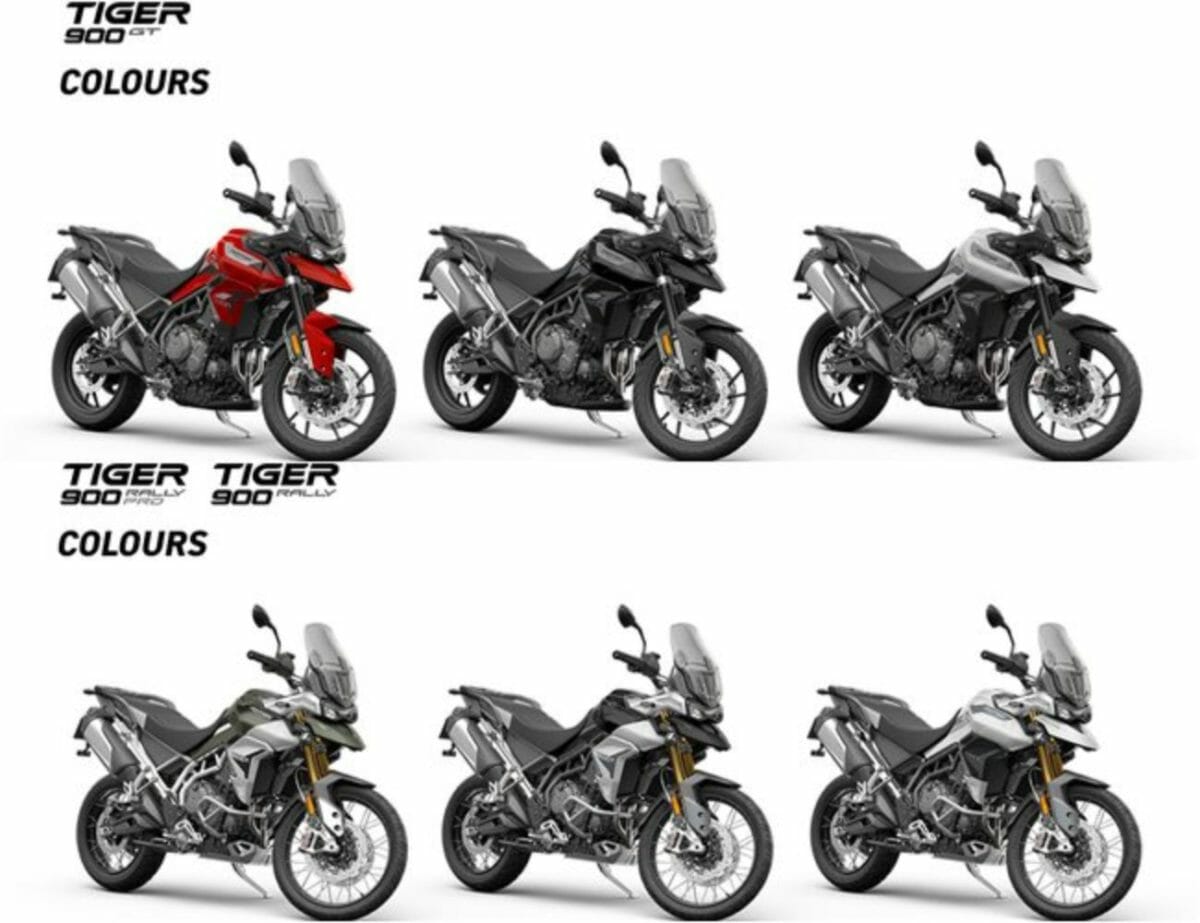 The Tiger 900 Rally Pro also features a long list of IMU-assisted electronics including cornering ABS, traction control and riding modes. These include Rain, Road, Sport, Off-road and Rider (which is customizable). The Rally Pro has an additional Rally Pro mode that turns off ABS and traction control, enabling the rider to slide the bike. All the three bikes get a 7-inch TFT colour instrument console that offers all the essential readouts like speed, tachometer, trip meter, ABS status, etc. Tiger 900 Rally Pro, however, also gets My Triumph connectivity system for telephony, turn-by-turn navigation, music, and controlling GoPro equipment.