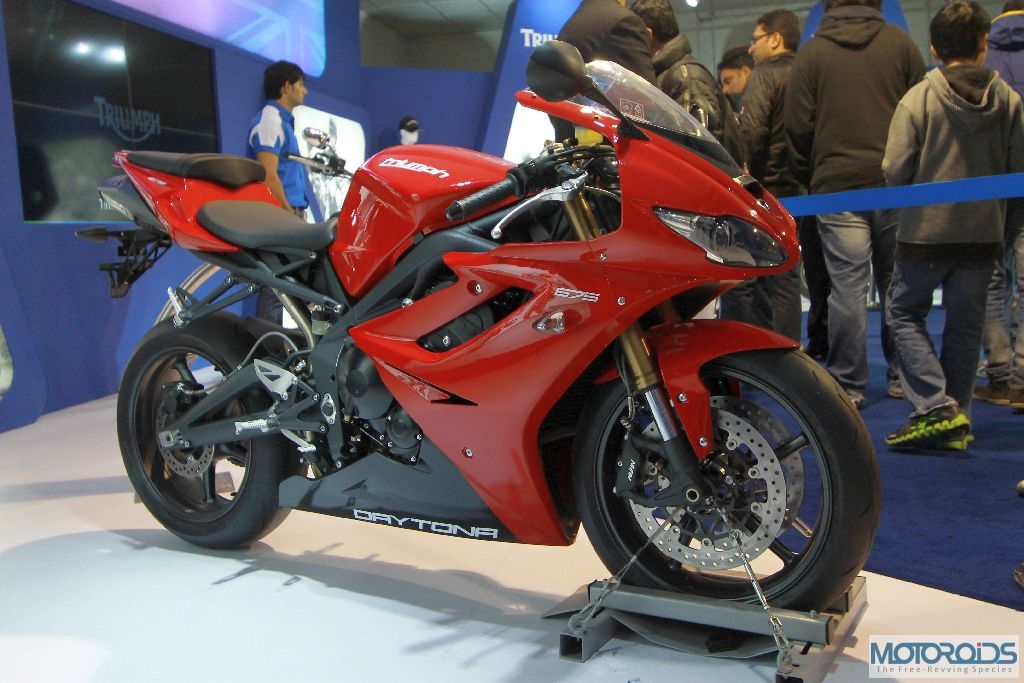 British motorcycle manufacturer Triumph made a strong statement at this year’s Auto Expo by introducing its motorcycles to the country. The company also announced the tentative pricing for its motorcycles, with the retro-modern Bonneville being the entry point model retailing at Rs 5.5 lakh to the monstrous Rocket III with a hefty price tag of Rs 22 lakh. Triumph is expected to set up an assembly line in India with its bikes going on sale by October. But all that, more or less, has already been discussed.

A new twist in the tale is brought by Autocar India, the leading auto magazine of the country. The website of the publication is telling us that apart from setting up an assembly line here, the British marque is also mulling some smaller capacity models specifically for the Indian market. The new models are allegedly on the drawing board right now, and it will take about three years before they are introduced to the market.

That’s great news for us. A manufacturer of Triumph’s repute taking India so seriously and developing models specific to it says a lot about the underlying potential of this market. The Indian motorcycle bazaar is currently undergoing a phase shift. The predominantly small commuter bike driven market is now showing signs that it has the potential to create volumes if the products cater to the buyer’s aspirations without going overboard with the price. In all probability, bikemakers like Triumph will ensure that we’ll soon have a wide variety of reasonably powerful two to three cylinder machines to choose from in the Rs 2-4 lakh price bracket. And wouldn’t we love that!