Most bike makers use the EICMA platform to unveil new products and concept bikes. This year we saw the unveiling of various bikes from a variety of manufacturers. Triumph, on the other hand, kept things simple. The English manufacturer did not unveil any new bike as such but gave us two very special editions of their Bonneville T120 bike. The special editions launches are the Ace and the Diamond, both of which have two different reasons of existence. They both draw power from the same 1,200 cc twin cylinder engine which generates 78.9 bhp of peak power and 105 Nm of torque found in the normal Bonneville T120 bike. Other components like the brakes and suspension also remain the same and the changes are primarily cosmetic. 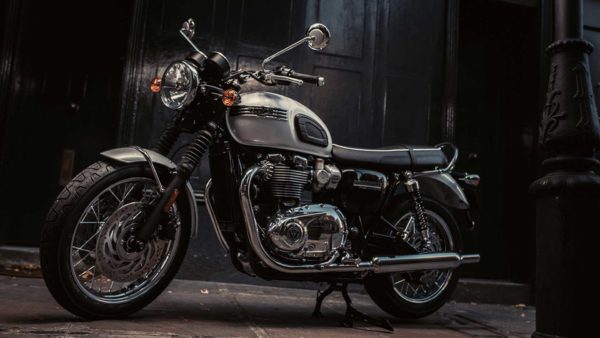 The Diamond edition is made to celebrate the diamond jubilee of the Bonneville. Yes, the Bonneville brand has been around for 60 years now. The bike will be offered in a stunning white and silver paint scheme. Along with the paint job, you get a Union Jack flag decoration on the tank, chrome badging, a chain guard and T120 Diamond inscribed on the bike. This bike will be a limited run motorcycle of which only 900 examples will be produced. 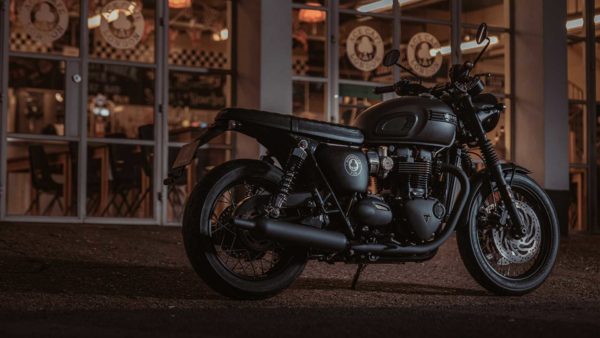 Also Read: Triumph Updates The Street Scrambler And Adds A Bit Of Extra Spit And Polish To The Dirt Craver

The Ace edition is a tribute to the Ace Cafe, known as the birthplace of the modern day cafe racer and an important piece of British biking history. The Ace Cafe is considered to be a spiritual home to the British motorbiking scene and the Bonneville T120 does that icon justice. The bike features a blacked out theme in a matte storm grey paint job and dedicated graphics. The Ace also gets a minimal fender design, black 4 bar Triumph tank badges, intake covers, engine badges, and seat. Also on offer are LED indicators. 1,400 units of the Ace edition will be produced.