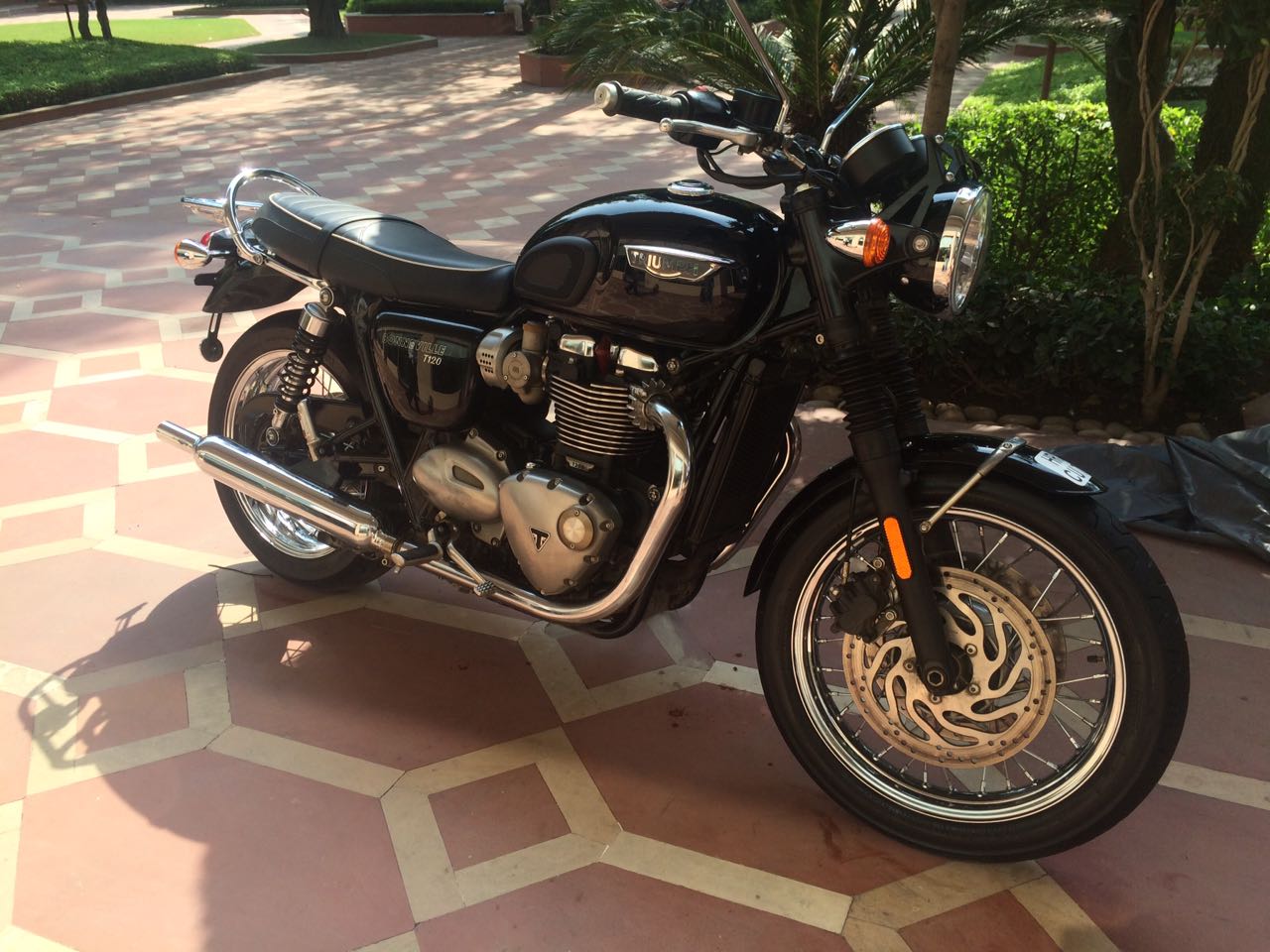 Update 3 : Triumph Motorcycles has launched the T100 at a price tag of Rs Rs 7.78 lakh (ex-showroom, Delhi). We are working on a detailed story, stay tuned

Update 2: The T100 takes inspiration from its older sibling – the T120. The bike boasts the signature Bonneville fuel tank along with wire-spoke wheels, ‘peashooter’ silencers and a two tone paint job that gives the bike a retro look.

Update 1 : Powering the New 2017 Triumph Bonneville T100 is a 900cc liquid-cooled parallel-twin engine with fuel-injection that delivers 54 bhp at 5,900 RPM and 80 Nm of torque at 3,230 RPM. Transmission duties are taken care of by a 5-speed transmission. Power is up by 22 percent in the mid range and torque up by 18 percent over the previous gen motorcycle. The bike weighs 213kg dry with a fuel tank capacity of 14.5 litres. The retro looking bike comes equipped with modern tech including ABS, ride-by-wire, assisted clutch, underseat USB charger and engine immobiliser. The bike also gets a twin pod instrument console with speedo, tacho, gear position indicator, service indicator, distance to dry, fuel gauge, efficiency and SBS toggle switch. 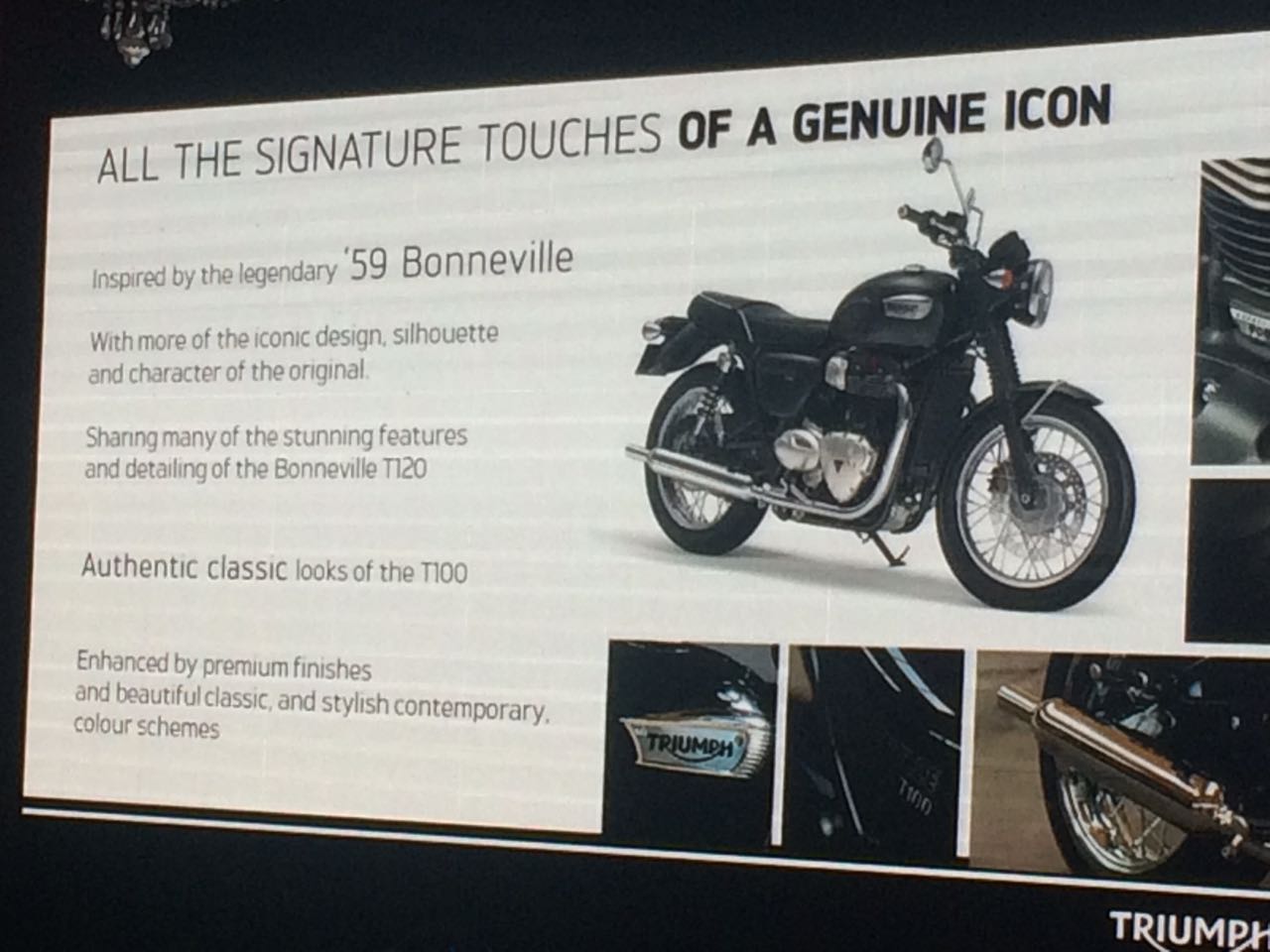 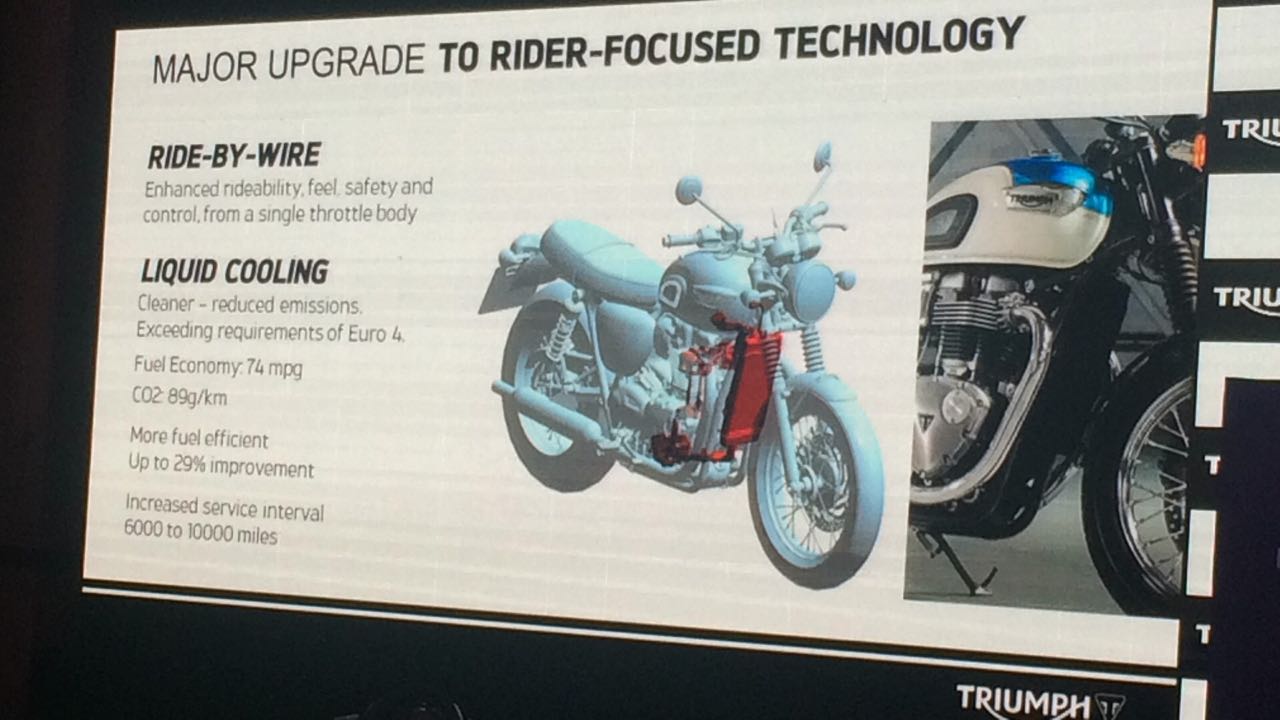 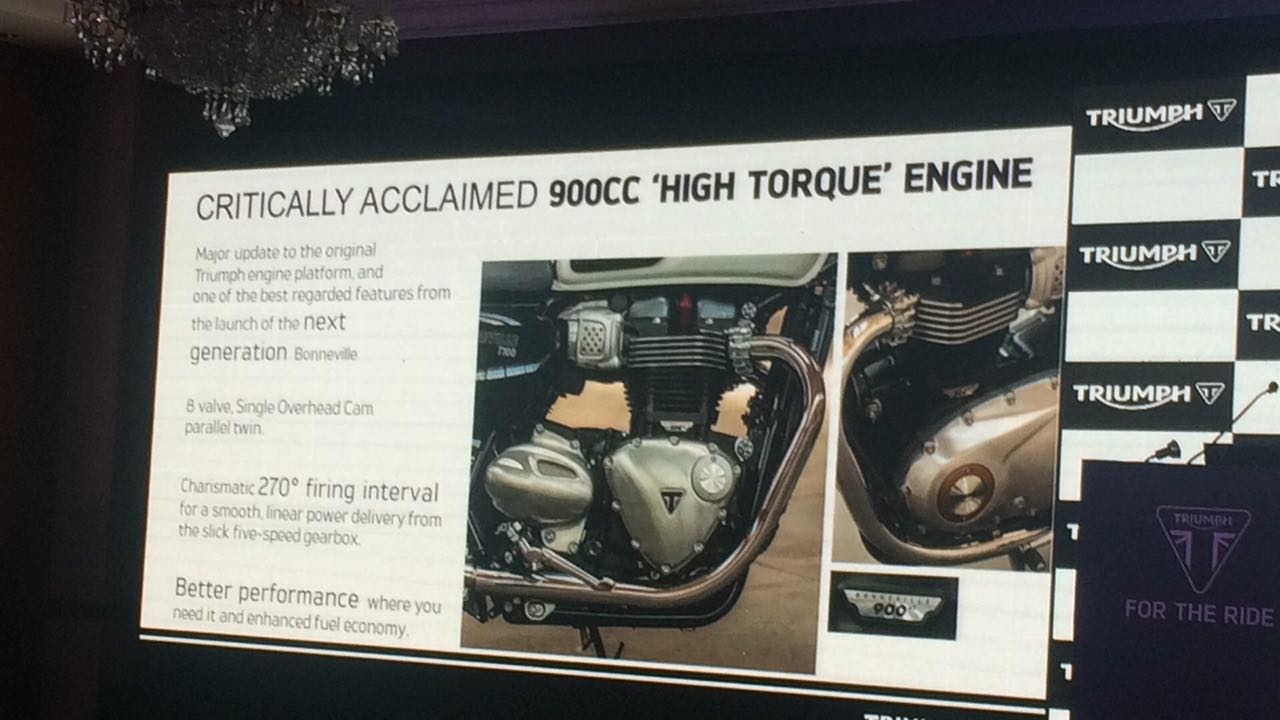 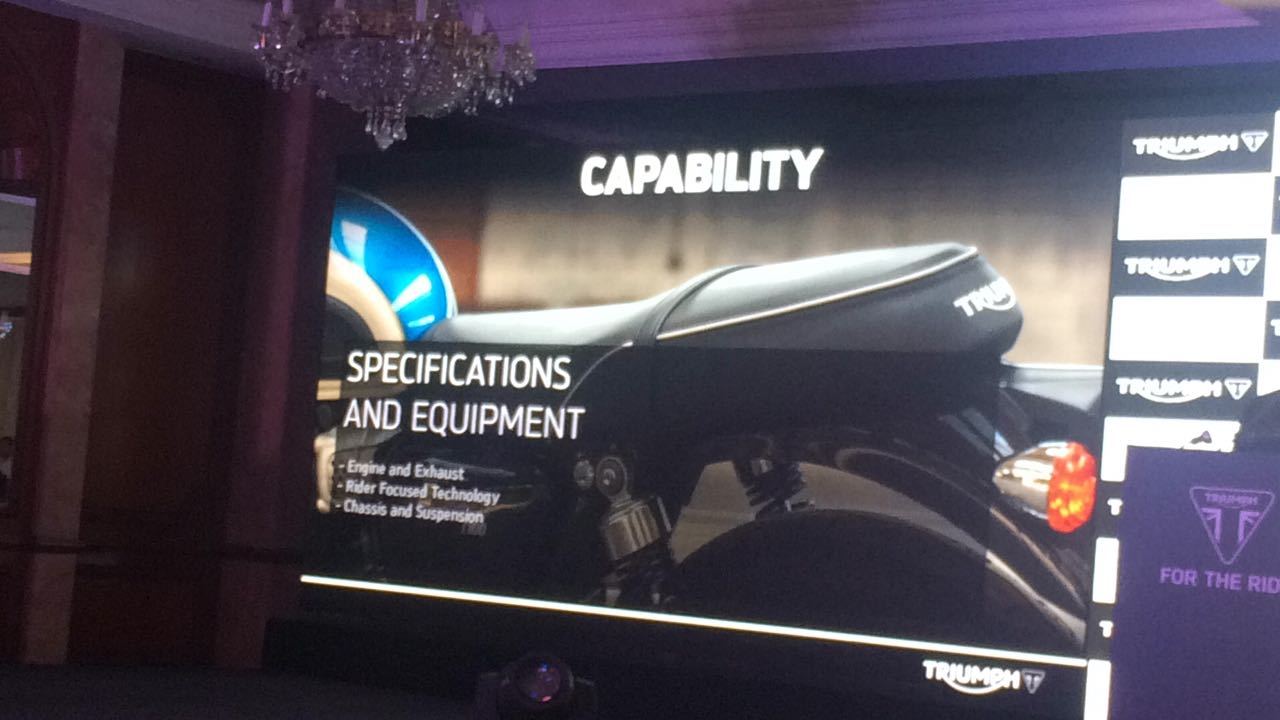 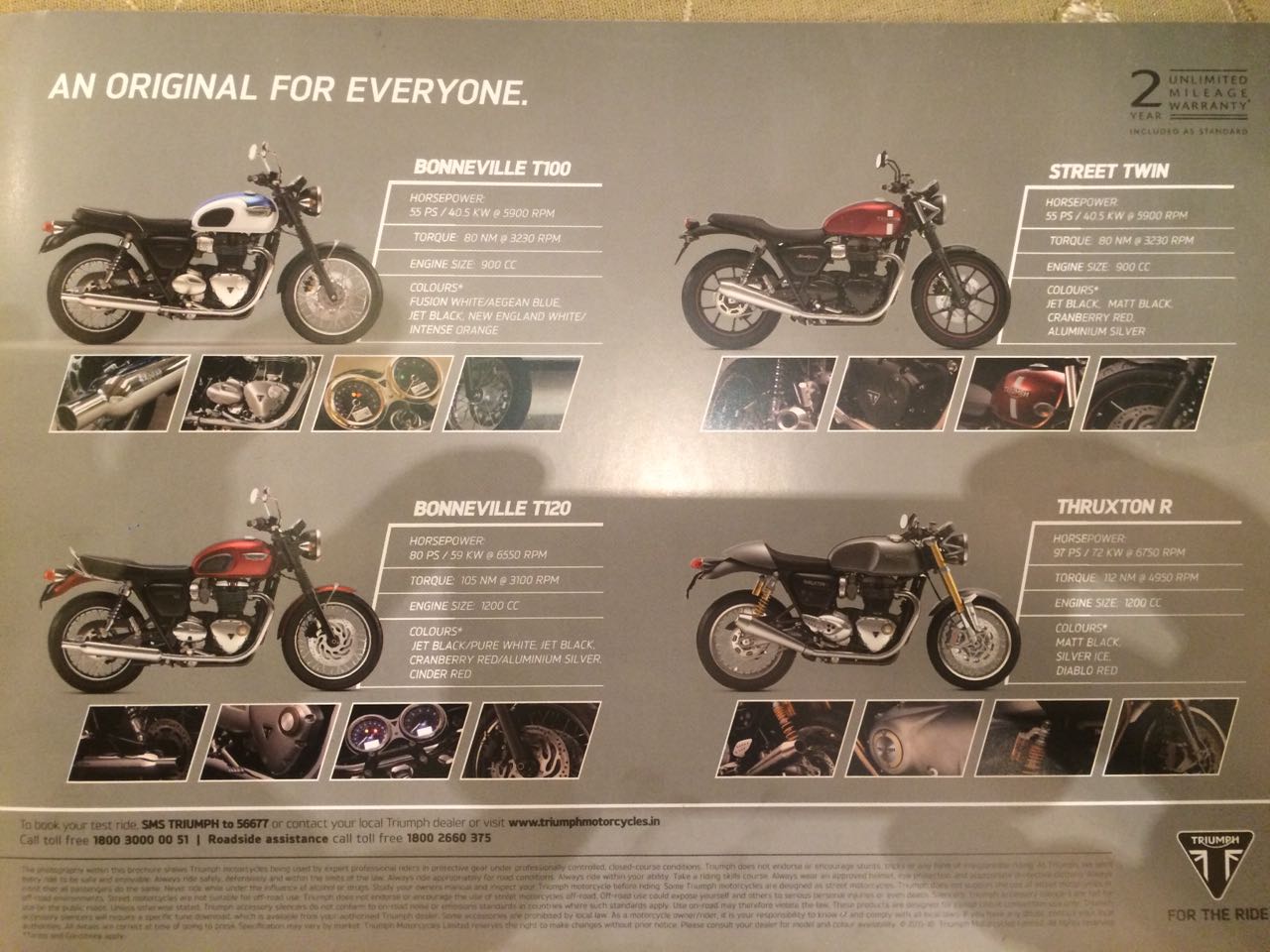 Triumph Motorcycles India is launching the new 2017 Boneville T100 today. And as always, we are reporting LIVE from the launch of the new motorcycle. The motorcycle was recently unveiled at the 2016 INTERMOT show in Cologne, Germany. For its 2017 version, the Bonneville T100 gets a new, Euro4 compliant 900cc liquid cooled parallel-twin engine. The new Boneville T100 will be lighter than the T120. Apart from the mechanical upgrades, the new Boneville can also be customized with as many as 150 accessories.

The motorcycle draws inspiration from the legendary ’59 Bonneville and flows with the conventional retro theme as seen in the Bonnies. Visual upgrades include a chrome finished brushed aluminium covers, bolt on badges, mirrors, mudguards, handlebars and the headlight bezel. The T100 Black variant comes equipped with features such as blacked out wheel rims and engine cover while the twin skin peashooter exhaust receives a matte black finish.

The new engine of the Bonneville T100 range gets a peak torque rated at 80 Nm @ 3200 rpm, which is 18% higher than the outgoing model. Other features include LED tail lamp, ABS, USB charging socket, Ride-By-Wire, switchable traction control and a torque assisted clutch.