‘Common Sense’ will help you sail through most of life’s daily hazards. ‘Sixth Sense’ will make sense if you are M. Night Shyamalan or a geek like Pranav Mistry. Non-sense is the term we use for that person who suddenly cuts lanes in front of you, or someone who opens the car’s door abruptly, either to exit on the same side as moving traffic or to spit red paint on the road, as a marker for the officials to fill the pothole on that site. 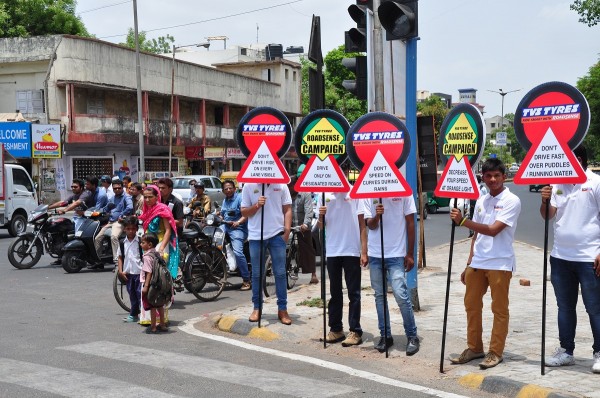 In association with the City Traffic Police Department in both the cities, Traffic Unjam involved TVS TYRES’ volunteers acting as ‘traffic marshals’ holding placards at high traffic zones highlighting ‘ROADSENSE’ and traffic rules. This 3 day event that took place in Ahmedabad from 9th to 11th July and 10th to 12th July in Lucknow covered 81 traffic signals in each city. 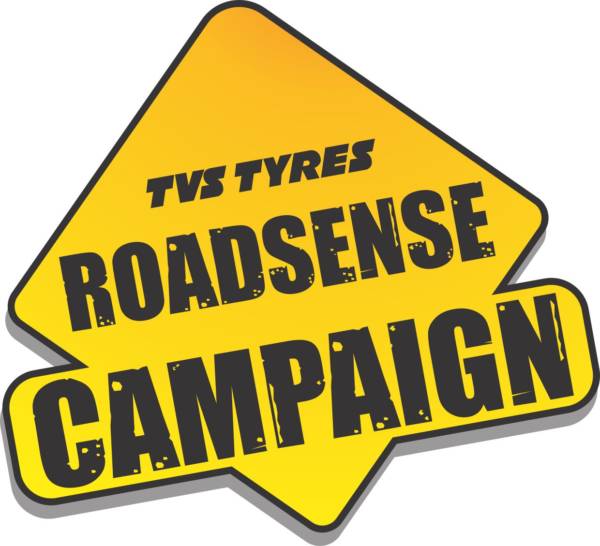 Mr. P. Vijayaraghavan, Director, TVS SRICHAKRA Ltd on this occasion said, “At TVS TYRES, our core philosophy revolves around continuous improvement in all facets of its operations and ways to give back to the community. Over 30 years, we’ve leveraged our expertise to ensure your every ride is as safe as it is sensible. Since tyre care and road safety go hand in hand, we decided to look at a campaign that would benefit, not just the riders, but the society on the whole. Our primary agenda is to address the concern of irresponsible driving and we believe it is our collective responsibility to follow traffic rules. “Traffic Unjam” is one such initiative to educate people to avoid such encounters.”

According to WHO’s Global Status Report on Road Safety 2013, worldwide the total number of road traffic deaths remains unacceptably high at 1.24 million per year. With some caution, care and sound ROADSENSE the number of accidents happening on daily basis can be controlled