[You remember our story on Toyota FT-86, this is an update to that. The Japanese brand has postponed the car’s launch by 2 years. Read on to get a clearer picture]

When news flooded over the internet about Toyota and Subaru’s joint creation, the FT-86, I am sure millions of fans would have thanked God as well as Toyota. The brand which may have focussed on making better Priuses rather than making Suptas and Celicas made a lot of people happy with this decision of theirs. 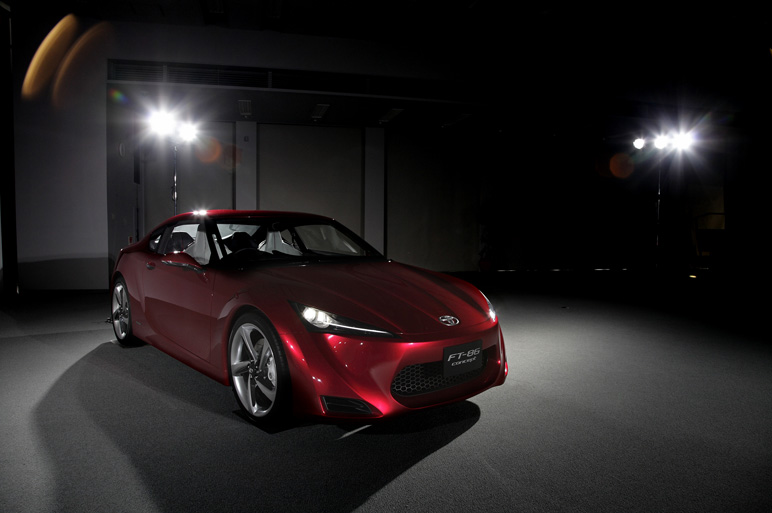 Times have changed. It would have been easier to launch the car, had this been the 90s. But unfortunately it isnt. Now the manufacturers have to think hundreds of times before launching a car. There are lots of new constraints now like low CO2, better efficiency, more driver friendliness to name a few. So when Toyota was about to finalise the car’s launch, some of these things might have struck their minds which eventually led to car’s launch getting postponed by atleast 2 years.

The reasons behind this decision arent clear though as they keep on changing. There is the current economic slowdown which might have made ToMoCo rethink over the FT-86. There are chances that Toyota might have rejected the design. Rumours suggest that the 2011 launch was a little premature according to Toyota.

But the most prominent reason is that Toyota might be looking for a Hybrid powertrain for the car. They can be studying Honda’s success with the recently launched CR-Z.

They will showcase the car next year at the Tokyo Motor Show. Till then we can just wait and watch. Hope Toyota doesn’t disappoint with this one. After all even the Playstation game lovers have got theirs in the game Gran Turismo 5.